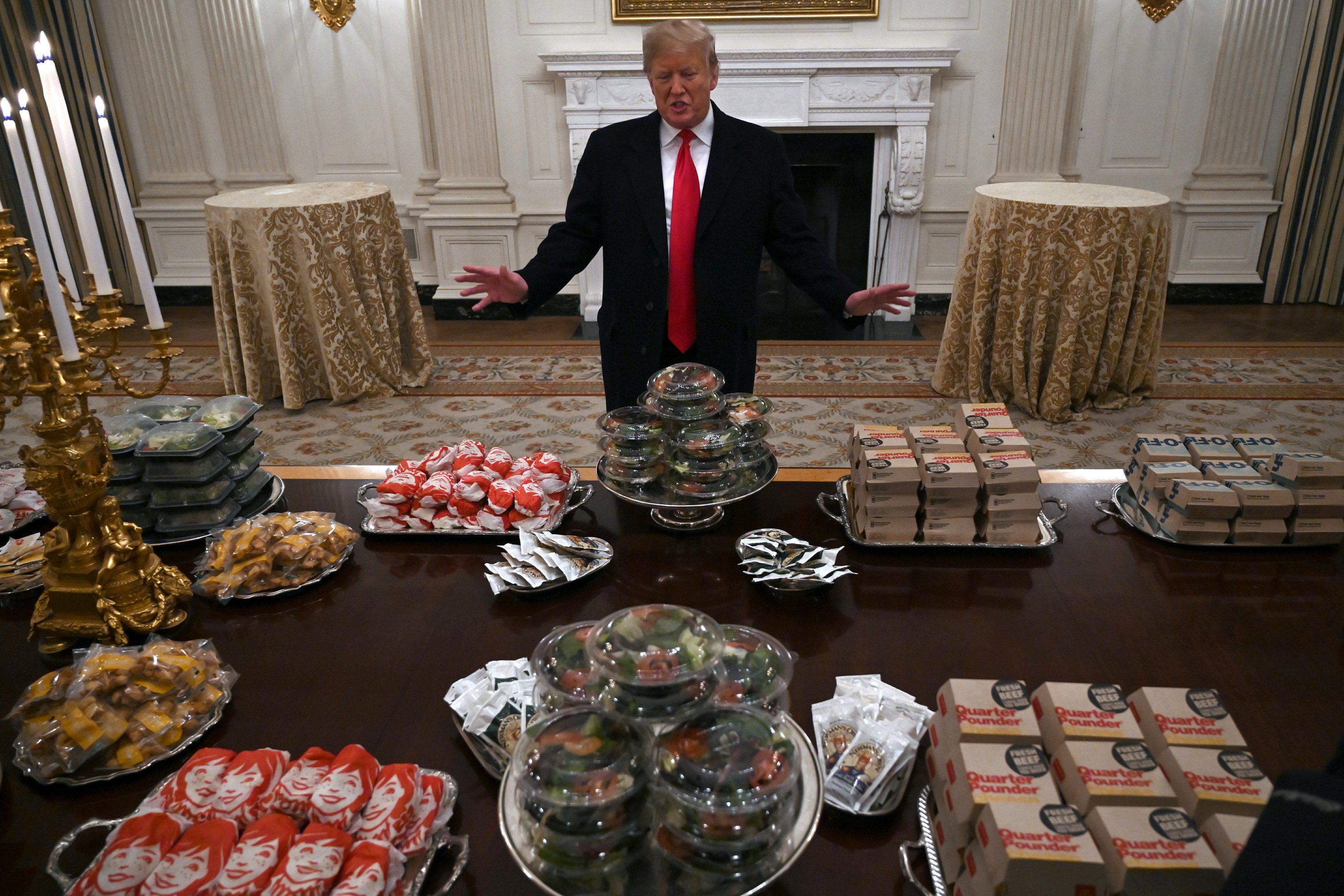 WASHINGTON — The scent of burgers, fries and victory wafted through the stately White House on Monday as President Donald Trump saluted college football’s Clemson Tigers for winning the national championship.

Trump, a fast food lover, said he even paid for their meal himself because of the partial government shutdown. He did not disclose the tab.

“We ordered American fast food, paid for by me. Lots of hamburgers, lots of pizza,” Trump said after returning to the White House from a trip to New Orleans. “We have some very large people that like eating, so I think we’re going to have a little fun.”

Spokeswoman Sarah Huckabee Sanders said much of the staff in the White House residence has been furloughed because of the shutdown, “so the president is personally paying for the event to be catered with some of everyone’s favorite fast foods.”

Pizzas, some topped with olives and tomatoes, also were on the menu. Silver bowls held the condiments, and stacks of white plates sat nearby. Several young men were spotted eating multiple burgers at the standup tables dotting the East Room.

The Clemson team’s visit is its second since Trump took office. The Tigers last visited in June 2017 after their championship run the previous season.

Clemson coach Dabo Swinney has nominated this season’s undefeated Tigers as the best college team ever. Trump called them a “great team, an unbelievable team.”

Trump has routinely sparred with professional athletes during his two years in office. College football has managed to avoid such political controversies, with last year’s champion Alabama also visiting the White House.