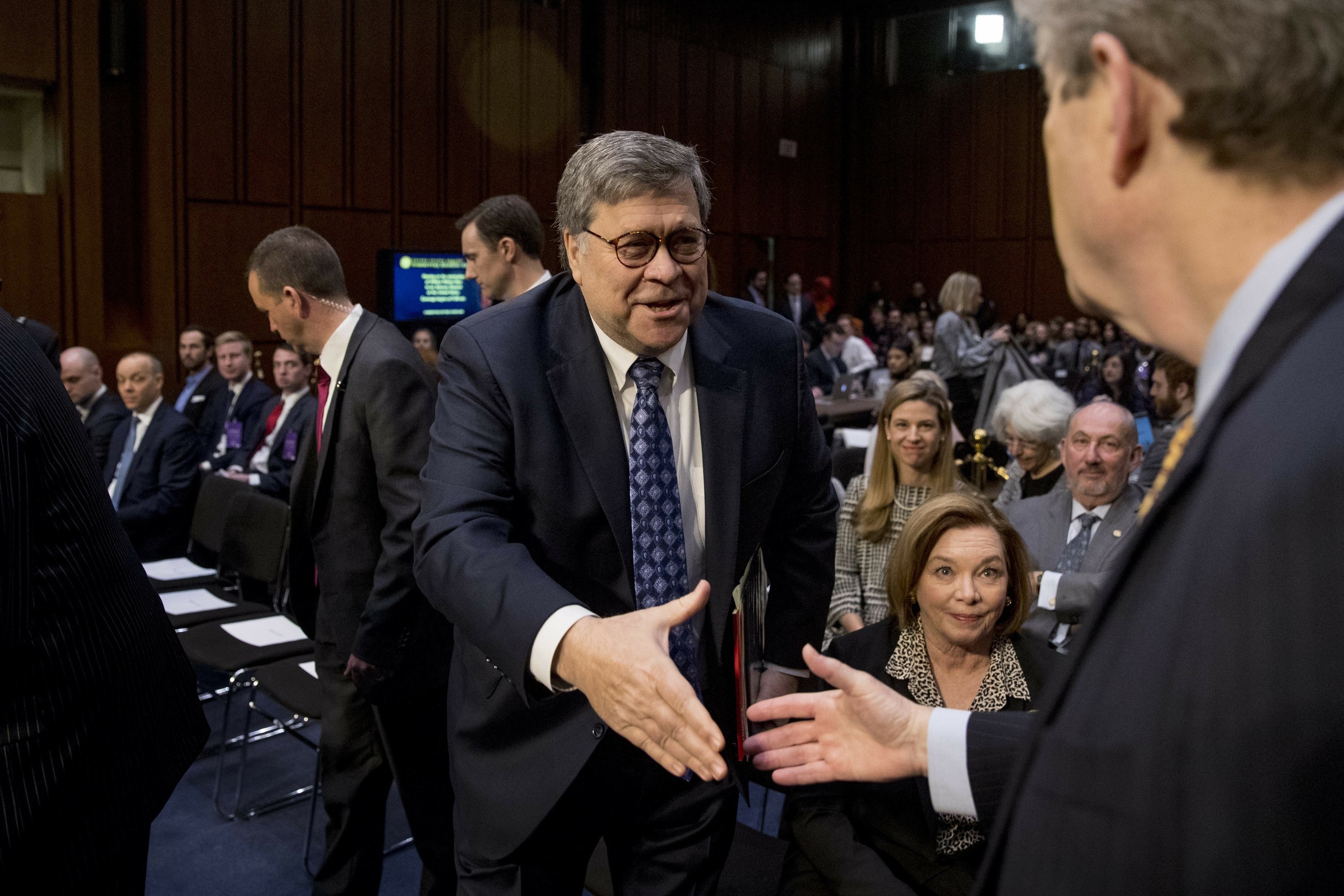 Barr made the comment Tuesday at his confirmation hearing before the Senate Judiciary Committee.

Trump has repeatedly decried the special counsel’s investigation as a “witch hunt” and has suggested he is being targeted by the Justice Department.

Mueller is investigating potential ties between Russia and the 2016 Trump campaign.

President Donald Trump’s pick to be attorney general says he will look into how an FBI counterintelligence investigation was opened into whether Trump was secretly working on behalf of Russia’s interests.

Attorney general nominee William Barr says he has never heard of the FBI opening such an investigation on an American president. Barr was responding to questions from Senate Judiciary Committee chairman Sen. Lindsey Graham on Tuesday.

The South Carolina Republican asked Barr about a report by The New York Times revealing that the counterintelligence investigation was opened in the days after Trump’s firing of former FBI Director James Comey.

Barr is making the comments during his confirmation hearing before the Senate Judiciary Committee.

Trump has denied working for Russia.

California Sen. Dianne Feinstein (FYN’-styn) said Tuesday she’s also troubled by Barr’s expansive view of presidential powers since he will be overseeing the special counsel’s investigation into whether President Donald Trump or his associates coordinated with Russian election interference.

Feinstein made the comments during the opening of Barr’s confirmation hearing.

Barr has defended the memo. He says it was narrowly focused on a single theory of obstruction and didn’t touch the broader questions surrounding Russian election interference.

Barr revealed Monday that he had sent the memo to White House lawyers and lawyers for Trump.

William Barr will need to emphasize on Tuesday that he supports Trump’s policies while assuring Democrats he will act independently and won’t interfere with the special counsel’s Russia investigation.

The 68-year-old will face questions from the Senate Judiciary Committee about his relationship with Trump and his views on executive power.

According to prepared remarks already released, Barr plans to tell senators that “it is vitally important” for Mueller to complete the investigation. Democrats have raised concerns about comments Barr has made about Mueller’s probe.