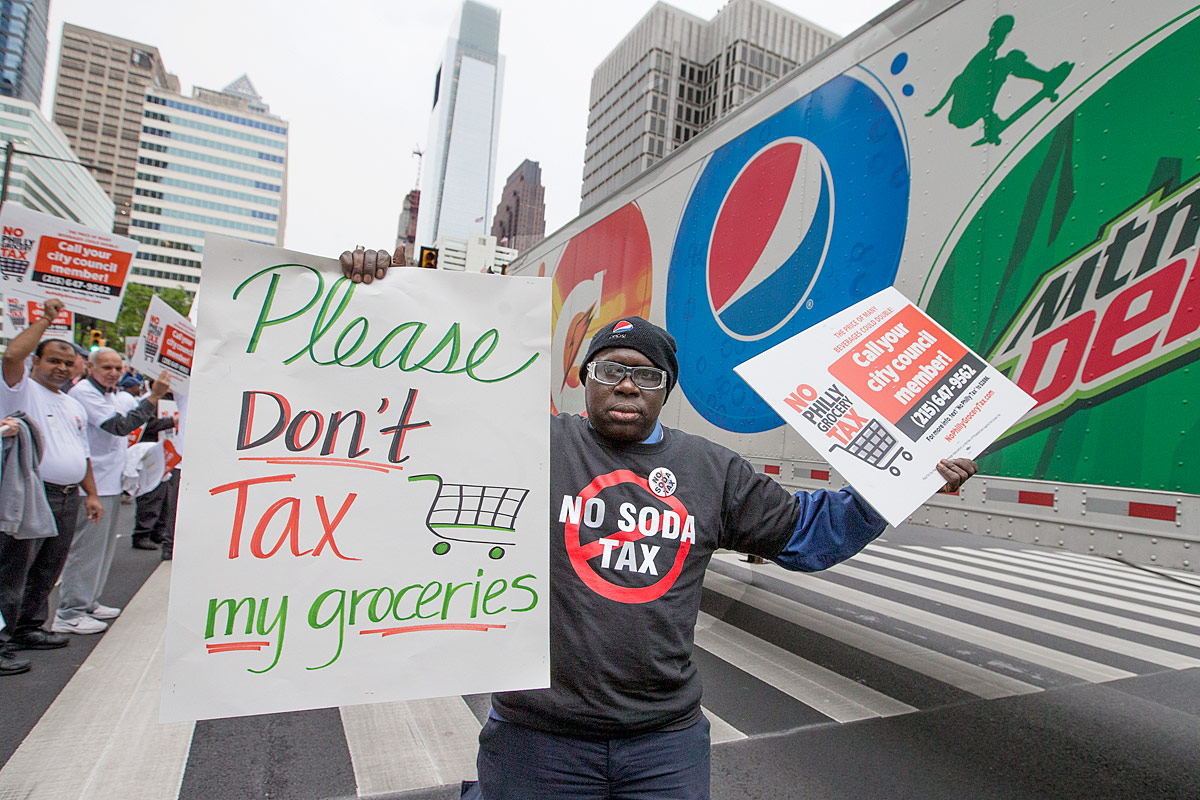 Repeated failure has not discouraged social engineers from their latest program: soda taxes. The idea is that by taxing purchases of the sugary drink, the government could encourage its citizens to drink healthier liquids; the government would be able to use the additional tax money for programs that promote healthy lifestyles. In addition to the tax revenue, governments would also benefit from a healthier, more-productive workforce.

Philadelphia attempted this experiment with a law that took effect on January 1, 2017, mandating a 1.5 cent tax per ounce on soda. This tax meant that a typical 20-ounce plastic bottle of soda, which may sell for around $1, would sell in Philadelphia for $1.30, a price that does not include Pennsylvania’s state sales tax nor any county sales taxes.

Two years later, the results of the tax are clear — the tax failed to achieve its goals. A study by professors at three universities found that the soda tax did not reduce the consumption of sugary drinks. While soda sales fell by 42 percent in Philadelphia, the sale of soft drinks in the area two miles outside the city grew by an amount greater than the amount that it decreased within Philadelphia. While the researchers did not say which demographics bought soda in the city versus outside, it is very possible that wealthier Philadelphians were more likely to drive to the suburbs to purchase soft drinks, placing the burden of the tax disproportionately on the poor.

The tax did generate millions of dollars each month for the city, but that revenue fell about 15% short of projections.

One possible reason why the tax did not change purchasing behavior is that Philadelphians, one-third of whom are on food stamps, may have used the program to purchase soft drinks. A 2016 study on items purchased with food stamps found that soda was the most-purchased item. Philadelphia may have used trickery to get food stamp recipients to purchase soft drinks, as the soda tax was added to the price of the product; it was not charged separately and added at the cash register, as is the case with other sales taxes.

While Philadelphia likely took this step to make the soda tax legal — food stamp purchases, by law, must be tax-free — a side benefit of adding the tax to the purchase price would be that some Philadelphians would not know that they were paying the tax.