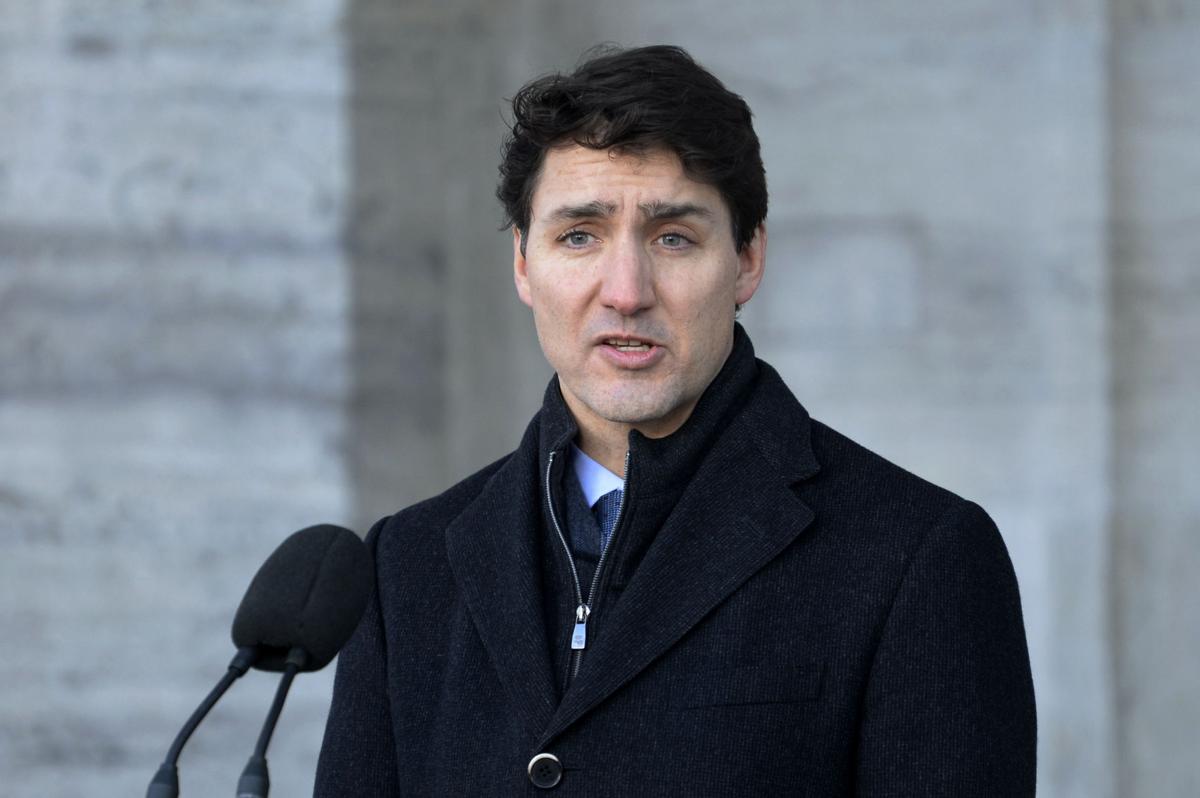 BEIJING — China expressed its “strong dissatisfaction” with Canadian Prime Minister Justin Trudeau on Tuesday over his criticism of a death sentence given to a Canadian accused of drug smuggling at a retrial that followed a chilling of relations over the arrest of a senior Chinese technology executive.

“We express our strong dissatisfaction with this,” Hua told reporters at a daily briefing.

Her comments are the latest sign of a sharp cooling of China-Canada ties since Canada detained Meng Wanzhou, chief financial officer of Chinese telecommunications giant Huawei, on Dec. 1 at the request of the United States.

The U.S. wants Meng extradited to face charges that she committed fraud by misleading banks about the company’s business dealings in Iran.

Schellenberg was detained more than four years ago, went on trial in 2016 and was initially sentenced to 15 years in prison in November. The Chinese media began republicizing Schellenberg’s case after Meng’s detention. Within weeks, an appeals court suddenly reversed the earlier decision, saying the sentence was too lenient, and scheduled Monday’s retrial with just four days’ notice.

The court gave no indication that the death penalty could be commuted, but observers said Schellenberg’s fate is likely to be drawn into diplomatic negotiations over China’s demand for Meng’s release.

Canadian Foreign Minister Chrystia Freeland said Canada has asked China to spare the life of Schellenberg. “We believe it is inhumane and inappropriate, and wherever the death penalty is considered with regard to a Canadian we speak out against it,” Freeland said.

Freeland said she had “a very emotional conversation” with Schellenberg’s father on Monday.

“I can’t tell you the relationship between Mr. Schellenberg’s last appeal procedure and sensitive events which happened in Canada,” Zhang said, but he described the timing of Schellenberg’s appeal and retrial as “very significant.”

He declined to elaborate on the significance or to comment specifically on whether recent developments were linked to Meng.

Zhang, a Beijing-based lawyer who has taken on several high-profile cases involving foreigners arrested in China, previously represented Phan “Sandy” Phan-Gillis, an American woman convicted of espionage and deported back to the U.S. in 2017.

Questions have swirled over the court’s rapid retrial and sentencing of Schellenberg. Zhang said while the court’s actions were all lawful, they were also “abnormal.” Among the unusual features of the proceedings, according to Zhang: the public nature of Schellenberg’s December appeal, the swift scheduling of the retrial and the fact that the court announced its sentence just one hour after the trial ended Monday.

Trudeau suggested on Monday that China was using its judicial system to pressure Canada over the arrest of Meng, who is also the daughter of Huawei’s founder.

“All countries around the world” should be concerned that Beijing is acting arbitrarily with its justice system, Trudeau said.

“It is of extreme concern to us as a government, as it should be to all our international friends and allies, that China has chosen to begin to arbitrarily apply a death penalty,” Trudeau said.

Canada later updated its travel advisory for China, urging Canadians to “exercise a high degree of caution due to the risk of arbitrary enforcement of local laws.”

Hua dismissed such concerns, saying the 222 kilograms (489 pounds) of methamphetamine that Schellenberg was accused of smuggling merited the harsh penalty.

“When facing such a serious drug smuggling crime, I think any responsible government that takes resolute measures to deal with the case just reflects the responsible attitude and strong determination of the government in protecting the lives and safety of its people,” Hua said.

A Chinese man convicted of involvement in the same operation was earlier given a suspended death sentence.

“The sudden retrial and apparent rush to judgment has highlighted the numerous flaws in China’s judicial system,” China researcher William Nee said in a statement.

Since Meng’s detention, China has arrested two Canadians in apparent retaliation. Michael Kovrig, a former diplomat, and Michael Spavor, a businessman, were both arrested on vague national security allegations. A Canadian teacher was detained but released.

Hua on Monday denied Kovrig was eligible for diplomatic immunity as Trudeau has maintained.

A senior Canadian government official said Chinese officials have been questioning Kovrig about his diplomatic work in China, which is a major reason why Trudeau is asserting diplomatic immunity. The official, who was not authorized to comment publicly about the case, spoke on condition of anonymity.

Kovrig, a Northeast Asia analyst for the International Crisis Group think tank, was on a leave of absence from the Canadian government at the time of his arrest last month.

Ren Zhengfei, Meng’s father and Huawei’s founder, told foreign reporters on Tuesday that he doesn’t believe the death sentence and arrests of the Canadians are related to Meng’s detention.

“Personally, I don’t see a connection between these cases and Meng Wanzhou,” he said.

Canada has embarked on a campaign with allies to win the release of Kovrig and Spavor. Freeland thanked countries and organizations — Germany, France, the Netherlands, the European Union, the United States, Britain, Australia, Estonia, Lithuania and Latvia — for “publicly coming out and speaking against these arbitrary detentions. And that is very important.”

Last week, Poland arrested a Huawei director and one of its own former cybersecurity experts and charged them with spying for China. The move came amid a U.S. campaign to exert pressure on its allies not to use Huawei, the world’s biggest maker of telecommunications network equipment, over data security concerns.