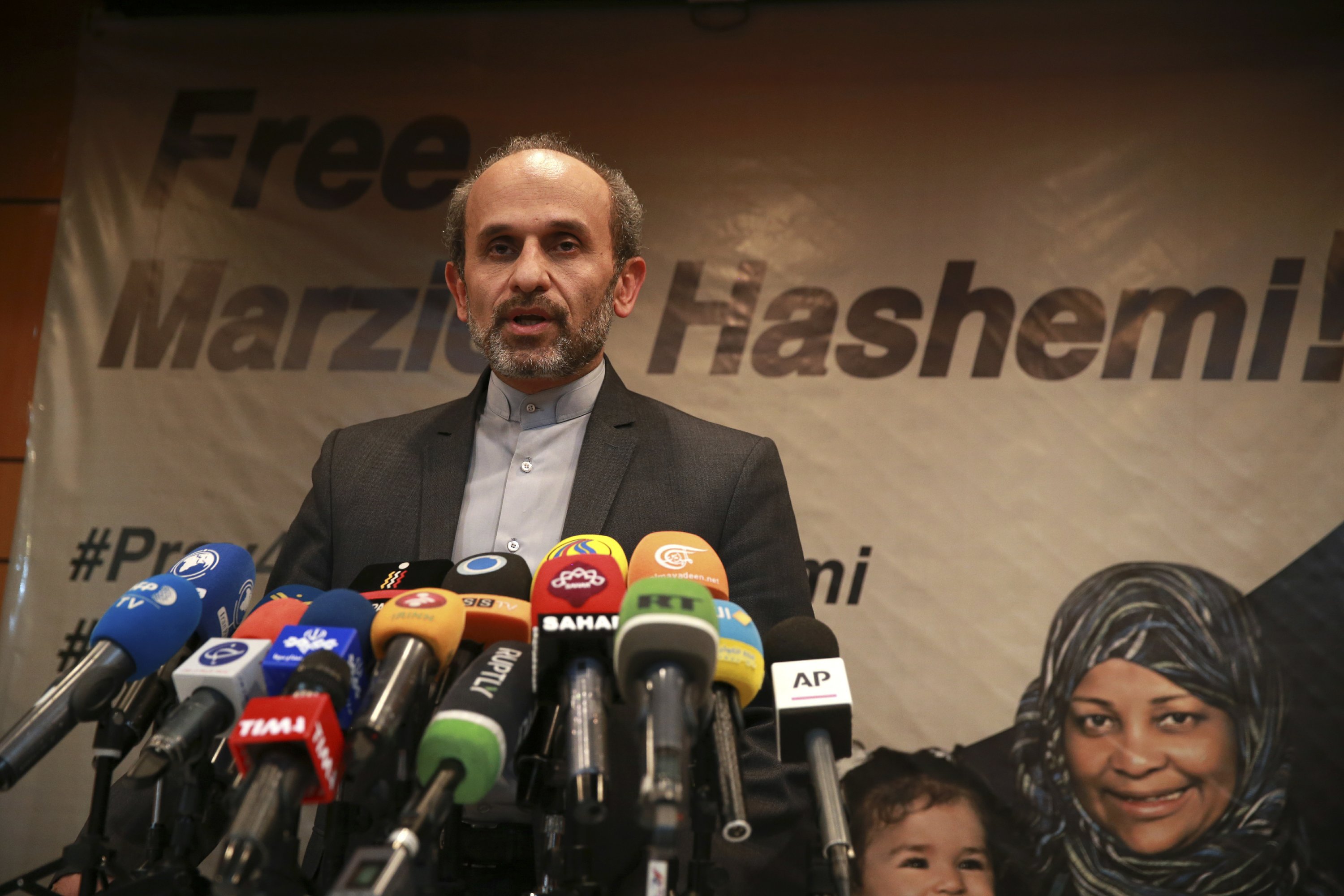 TEHRAN, Iran — A prominent American anchorwoman on Iranian state television’s English-language service has been arrested after flying into the U.S., the broadcaster reported Wednesday. U.S. law enforcement agencies did not immediately respond to requests for comment.

The reported detention of Press TV’s Marzieh Hashemi, born Melanie Franklin of New Orleans, comes as Iran faces increasing criticism of its own arrests of dual nationals and others with Western ties, previously used as bargaining chips in negotiations with world powers.

Iran’s state broadcaster held a news conference and launched a hashtag campaign for Hashemi, using the same techniques families with loved ones held in the Islamic Republic use to highlight their cases.

“We will not spare any legal action” to help her, said Paiman Jebeli, deputy chief of Iran’s state IRIB broadcaster.

A call to FBI headquarters rang unanswered early Wednesday morning. The bureau also did not immediately respond to a written request for comment. Several local jails around Washington that house federal inmates also said they did not have her in custody.

Last week, Iran confirmed it is holding U.S. Navy veteran Michael R. White at a prison in the country, making him the first American known to be detained under President Donald Trump’s administration.

“We hope that the innocent person will be released without any condition,” Ghasemi said.

Also in an Iranian prison is Nizar Zakka, a U.S. permanent resident from Lebanon who advocated for internet freedom and has done work for the U.S. government. He was sentenced to 10 years on espionage-related charges.

Former FBI agent Robert Levinson, who vanished in Iran in 2007 while on an unauthorized CIA mission, remains missing as well. Iran says that Levinson is not in the country and that it has no further information about him, though his family holds Tehran responsible for his disappearance. Tehran now says it has no information about him.