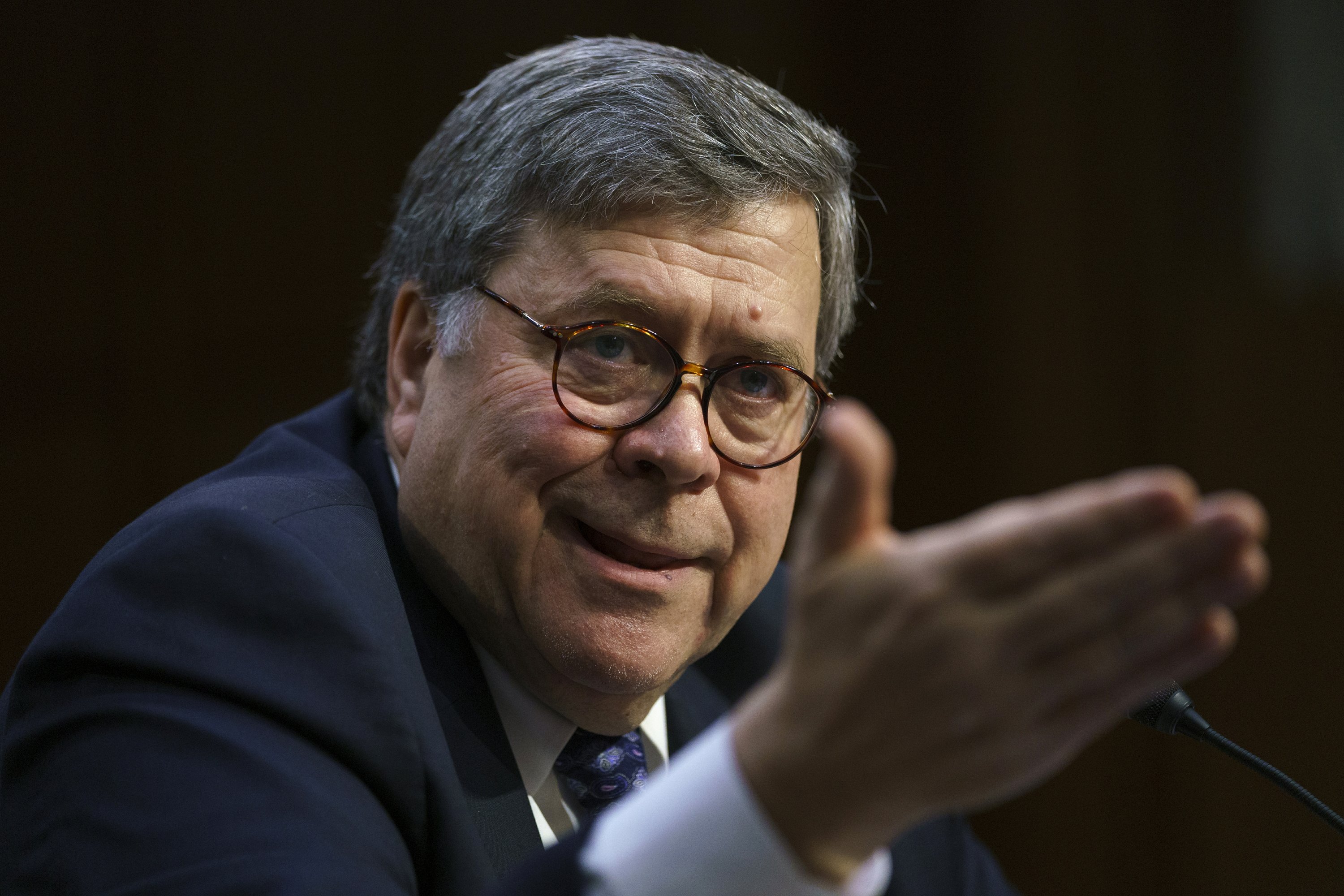 WASHINGTON — Attorney General nominee William Barr made one thing clear during his Senate confirmation hearing: He may want the job, but he doesn’t need it.

The 68-year-old Barr, who has already served once before as attorney general, said Tuesday he’s in a position in life where he “can do the right thing and not really care about the consequences.”

That’s how he reinforced the point that he is willing to stand up to President Donald Trump if he were to improperly interfere in special counsel Robert Mueller’s Russia investigation. That also allowed him to dodge Democratic senators and avoid making hard commitments about releasing Mueller’s final report or recusing from overseeing the probe because of his past comments.

Some takeaways from his appearance before the Senate Judiciary Committee.

HE APPEARS BOUND FOR CONFIRMATION

Republicans are united behind him and Democrats don’t have the votes to block him.

Barr said the right things for defenders of the president looking to rein in a Justice Department they see as politically tainted by the handling of Democrat Hillary Clinton’s email investigation and the Russia probe involving Trump’s campaign.

But he also reassured moderate Republicans and Democrats that he would allow the Russia investigation to proceed and stand up to a mercurial and norm-breaking president.

Sen. John Thune, the No. 2 Senate Republican, even floated the idea of voting to confirm Barr next week.

He said he would not carry out any order to fire Mueller without cause. He said it would be an “abuse of power” and breach of a president’s constitutional oath for Trump to intervene in an investigation he “has a stake in.” He didn’t doubt the finding of U.S. intelligence agencies that Russia attempted to sway the 2016 election.

And he rejected Trump’s casting the probe as a “witch hunt,” saying “it is vitally important” that Mueller be allowed to finish his work.

… AND HE FRUSTRATED THEM

But Barr wouldn’t make some of the ironclad promises Democrats wanted.

He said he believes Congress and the American public should be told the result of Mueller’s probe, but he stopped short of committing to release the special counsel’s report in full.

He similarly hedged on the question of recusal. Barr told senators that he would seek the advice of career ethics officials at the Justice Department, but he wouldn’t commit to following whatever decision they recommended. He said he alone would make the decision in “good faith based on the laws and the facts.”

Barr said his position was different than that of former Trump Attorney General Jeff Sessions, who recused himself from overseeing the Russia probe because he had served on Trump’s campaign.

Pressed about whether his previous criticisms of the Russia investigation, he sought to downplay the importance of a memo he authored— and distributed to the Justice Department and White House lawyers. Barr said the memo was intended to be narrowly focused on one of Mueller’s reported interpretations of obstruction and shouldn’t be read that he has prejudged the investigation.

HE TURNED DOWN REPPING TRUMP

Not only did Barr send that memo counseling Trump’s lawyers on the Mueller probe, he disclosed Tuesday that the president spoke with him about joining his legal team.

In June 2017, Barr said he was approached by David Friedman, U.S. ambassador to Israel, about joining Trump’s legal team. Barr said he resisted the idea, saying he had other commitments and didn’t want to stick his “head into that meat grinder.”

Nonetheless, he agreed to meet with Trump at the White House where he said he turned down Trump’s offer. He said he personally told Trump he couldn’t represent him.

Barr said he didn’t hear from Trump again until he was being considered for attorney general.

Barr and “Bob” have been friends for nearly 30 years, he told senators. Their wives are close. And under questioning from senators, Barr routinely praised his friend.

He said Mueller wouldn’t be involved in a “witch hunt,” a reference to Trump’s favored moniker for the Russia probe. And he said he made that clear to Trump personally in the White House, telling Trump that “Bob is a straight shooter and should be dealt with as such.”

The Barrs and Muellers are good friends, he told the president, “and would be good friends when this is all over.”

HE WON’T RULE OUT JAILING REPORTERS

Barr didn’t do much to assure defenders of the free press in light of daily presidential attacks on journalists who scrutinize his actions and those of his administration.

Under questioning from Sen. Amy Klobuchar, D-Minn., whose father is a journalist, Barr said he couldn’t rule out jailing reporters for doing their jobs and even raised the prospect of doing so based on the content of their news reports.

Barr said there are certain situations where a reporter could be held in contempt “as a last resort.” He also said he could envision a case for incarceration that would involve news organizations “putting out stuff that is hurting the country.”

In 2017, former Attorney General Jeff Sessions said he couldn’t make a “blanket commitment” not to jail reporters in response to a similar question from Klobuchar.