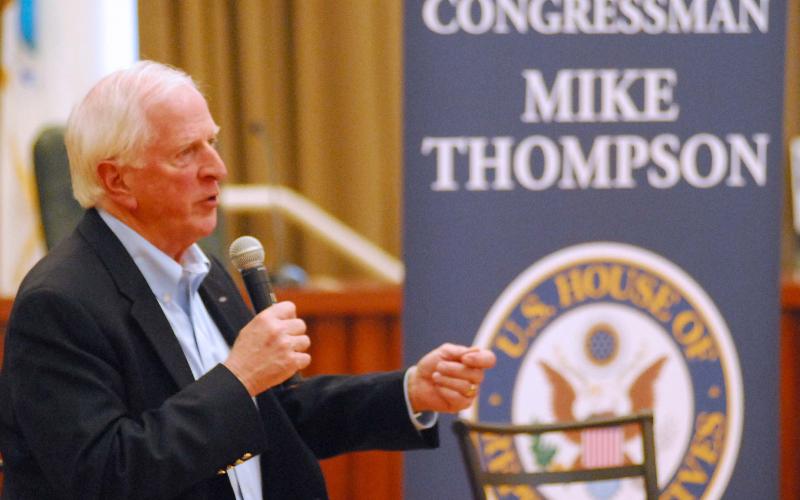 Democrats, newly inaugurated as the majority party in the House of Representatives, are making gun control one of their top priorities. Democratic Mike Thompson, who represents California’s Napa Valley, might be hoping that voters have imbibed too much of his county’s famous wine and are ignoring the text of his bill, HR8.

The congressman’s bill proposes subtle changes to federal law which could cripple legal gun ownership, but would not do anything to reduce the number of illegally-owned guns available. Illegally-owned guns are used in the vast majority of gun crimes in the United States.

The first trick that the bill plays is that it effectively prohibits citizens aged 18-20 from acquiring a gun. The bill does not directly say it will do this, but instead it requires that all gun transfers go through a federally-licensed firearms dealer. Since these dealers are already banned from selling to anyone under 21, the bill is a de facto ban on gun ownership for those under 21. It should be noted that there is no exception for members of the military — many of whom are under 21 — except within the scope of their duties.

The second trick played by Congressman Thompson is that he makes it very difficult for legal gun owners to allow other legal owners to borrow guns from each other. Under HR8, all gun transfers, including loans, must be done through a federally-licensed gun dealer. While the bill makes an exception for immediate family members, people at a gun range, and people under imminent attack, the bill places a burden on friends who want to help each other out by loaning guns. This bill would be especially challenging for those who live in rural areas, where the nearest licensed dealer may be hours away.

The third trick the bill plays, and probably the dirtiest, is that it bars future administrations from placing a cap on fees that may be charged. Therefore, regulators could charge hundreds of dollars in fees, which for many Americans would essentially be a ban on the transfer of guns.