Does Trump have to give a State of the Union speech? No. 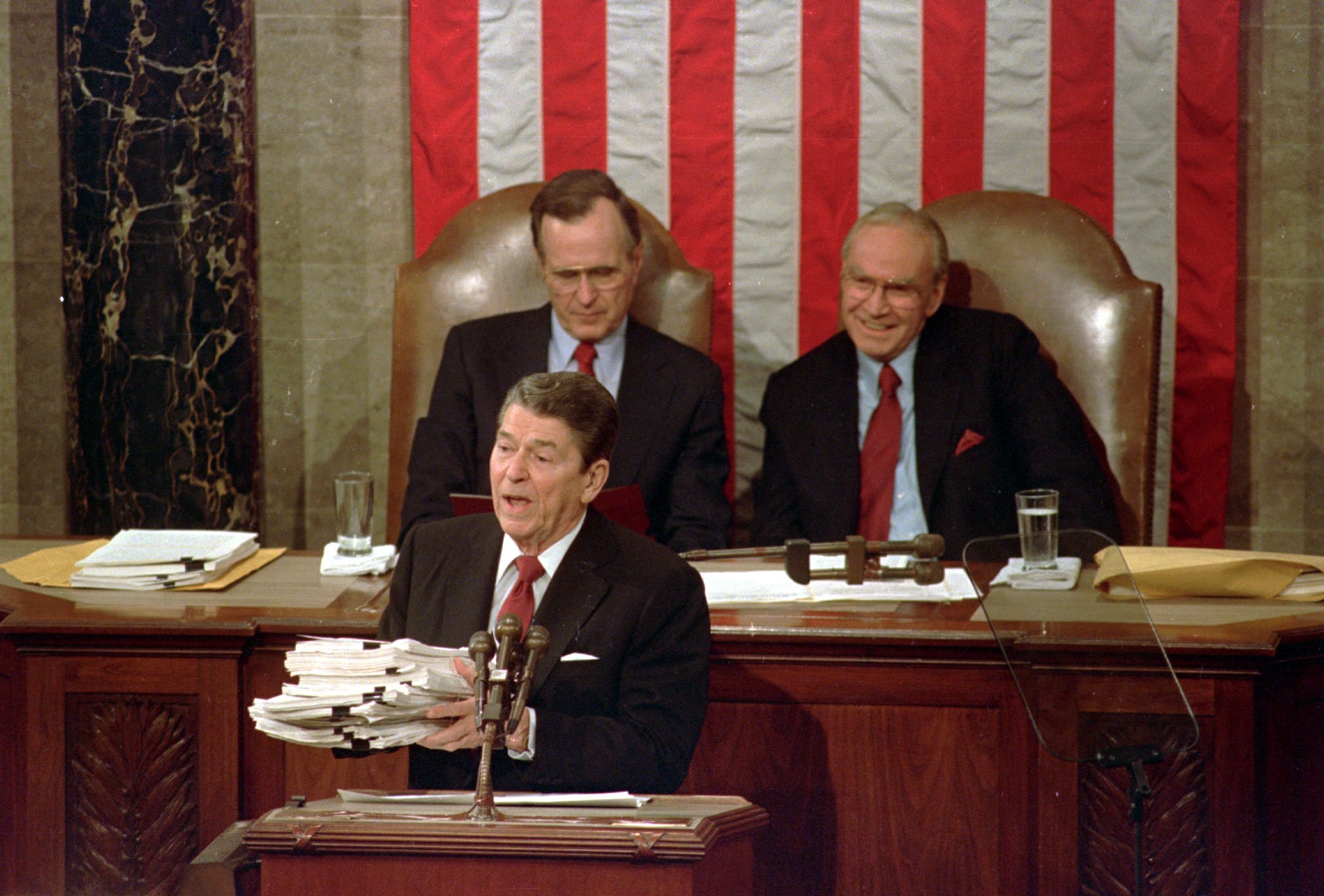 WASHINGTON — The U.S. Constitution mandates in Article II, Section 3 that presidents “shall from time to time give to the Congress information of the state of the union, and recommend to their consideration such measures as he shall judge necessary and expedient.”

But the Constitution offers no specifics on how that should be done. Indeed, the modern State of the Union address — the pageantry, the televised address and the agenda-setting message — is a far more recent phenomenon. And the practice of delivering an in-person address before a joint session of Congress has not always been the norm.

Here’s a look at the history of the State of the Union address as the White House weighs its response to House Speaker Nancy Pelosi’s suggestion that President Donald Trump delay this year’s address or give it in writing because of the partial government shutdown:

Q: Who delivered the first State of the Union address?

Q: Does it have to be a speech?

A: No. For Thomas Jefferson’s first address on Dec. 8, 1801, he sent written copies to both houses of Congress to be read by each chamber’s clerks. Jefferson wanted to simplify what he believed was an aristocratic imitation of the British monarch’s speech from the throne, which he thought ill-suited for a republic.

The practice of sending written copies to Congress continued for more than a century, when Woodrow Wilson resumed the tradition of delivering the annual message in person on April 8, 1913. He’s also credited with transforming the speech from a report on executive branch activity into a blueprint for the president’s legislative agenda for the year.

Q: When did the annual message become known as the “State of the Union” address?

A: Franklin D. Roosevelt applied the constitutional phrase “State of the Union” to both the message and the event. It became the popular terminology from then on and has officially been known as the State of the Union address since 1947. The speech was formally known as the “Annual Message” before that.

Q: How has the speech been affected by advances in communications technology?

A: Calvin Coolidge delivered the first speech broadcast on radio in 1923. Harry S. Truman’s address in 1947 was the first broadcast on television. Lyndon B. Johnson recognized the importance of having a national audience when he moved the speech from midafternoon to 9 p.m. in 1965 to attract the largest number of TV viewers. George W. Bush’s 2002 speech was the first available as a live webcast on the White House website.

Q: Has the speech ever been postponed?

A: Yes, there have been several instances — though all appear to have been initiated by the White House, historians say.

Ronald Reagan’s 1986 address, for instance, was postponed after the Challenger space shuttle exploded in flight on Jan. 28 of that year. And in 1944, Franklin D. Roosevelt was scheduled to deliver his address on Jan. 11 but instead transmitted a written message because of his poor health.

There have also been instances when other proposed presidential addresses before Congress have been rejected, including a 1986 speech by Reagan requesting aid for the contras. He delivered a televised speech instead.

Q: What about during a shutdown?

A: The State of the Union address has yet to coincide with a full or partial government shutdown since the beginning of the modern budget process in the late 1970s.

The closest the country has come? Trump’s 2018 State of the Union, which was delivered on Jan. 30 — the week after a two-day shutdown that ended Jan. 22. In 1996, Bill Clinton delivered his State of the Union several weeks after the end of a 21-day shutdown that had previously been the country’s longest. Clinton made reference to the shutdown in his speech, offering to “all of you in this chamber: Never, ever shut the federal government down again.”

Q: Is security really an issue?

A: In her letter, Pelosi raised concerns about holding the speech during a shutdown, citing the fact that the address has been designated a “National Special Security Event” in which “the full resources of the Federal Government” must be “be brought to bear.”

She noted that the Secret Service and the Department of Homeland Security have been operating without funding, “with critical departments hamstrung by furloughs.”

Homeland Security Secretary Kirstjen Nielsen rejected that assessment, tweeting that DHS and the Secret Service “are fully prepared to support and secure the State of the Union.”

Q: Is there a State of the Union speech every year?

A: No. Recent presidents — Reagan in 1981, George H.W. Bush in 1989, Clinton in 1993, George W. Bush in 2001, Barack Obama in 2009 and Trump in 2017 — have chosen not to deliver official State of the Union addresses during their first years in office. Those speeches would have come soon after their inaugural addresses. However, many, including Trump, have delivered major speeches in front of Congress that have had the feel of the State of the Union without the title.

Q: Has the State of the Union speech always been delivered in person since Wilson resumed the practice?

A: No. Truman sent his final message in print, as did Dwight D. Eisenhower in 1961 and Jimmy Carter in 1981. As Eisenhower recovered from a heart attack in 1956, he prepared a seven-minute filmed summary of the message from his retreat in Key West, Florida, that was broadcast nationwide. Richard Nixon sent a printed message in 1973; his staff said an oral message would have come too soon after his second inaugural address.

Q: Which presidents didn’t deliver a State of the Union message?

A: William Henry Harrison, who died 32 days after his inauguration in 1841, and James A. Garfield, who was assassinated in 1881 after 199 days in office.

Q: Could Trump choose an alternative?

A: There’s no reason why not. Trump could deliver a speech from the Oval Office or organize an alternative event on Jan. 29 — the date Pelosi had originally invited Trump to deliver his address before a joint session of Congress. The White House also could choose to delay the speech, as Pelosi has suggested. It was unclear how the White House planned to respond.