Exclusive: A peek at how Disney resort shows are made 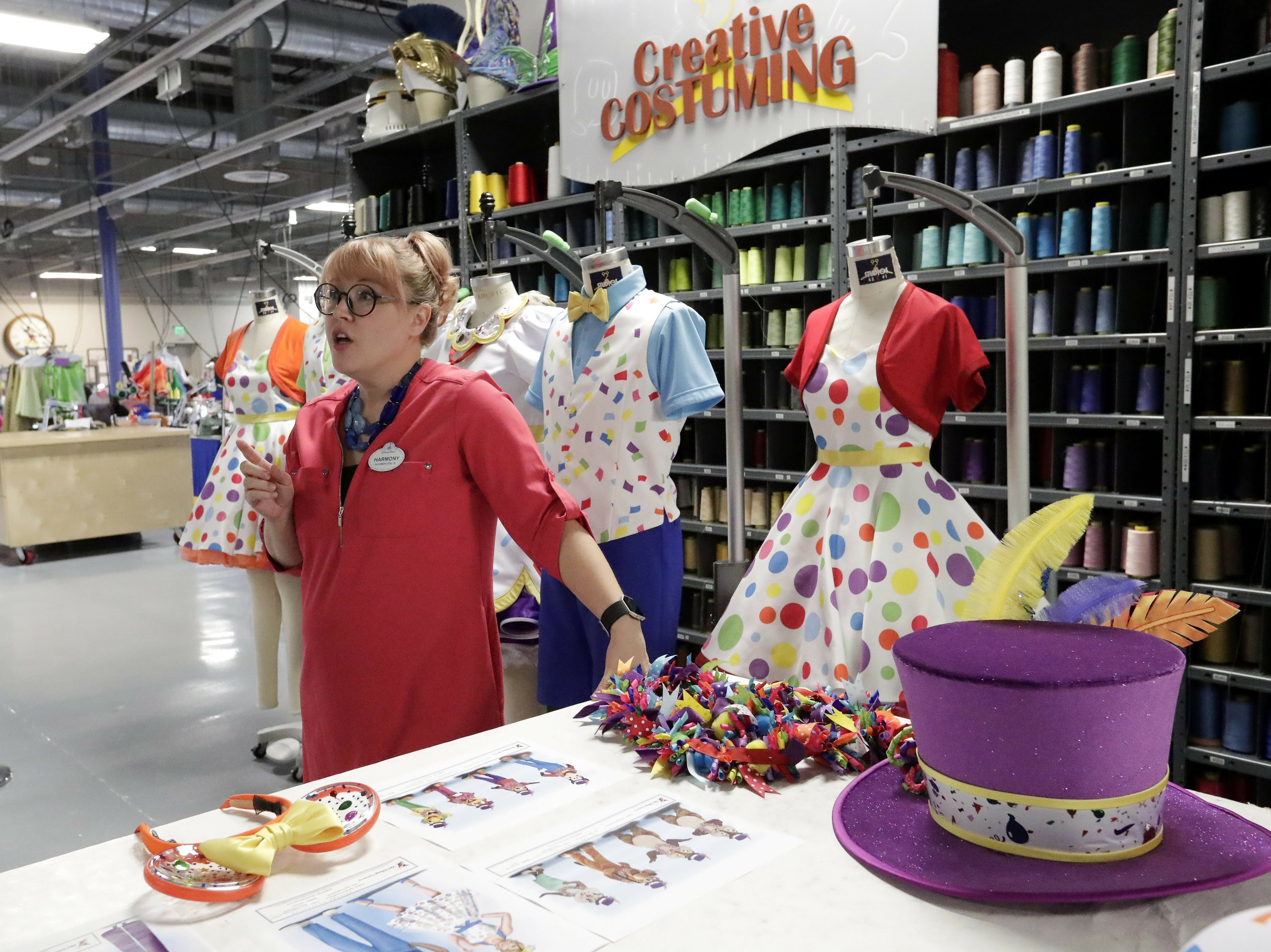 LAKE BUENA VISTA, Fla. — With excitement building over a new “Star Wars” land opening later this year at Walt Disney World, as well as at its California cousin, it’s easy to forget a slew of new entertainment shows also are debuting in the biggest year for the Florida theme park resort in two decades.

If the famous Disney Imagineers provide the “wow” factor with their fantastical feats of engineering on rides and attractions, it’s the entertainment division that provides Disney World’s heart.

Disney World recently invited The Associated Press for an exclusive, behind-the-scenes look at how it puts the shows together. The AP saw dancers rehearsing in a studio, rows of seamstresses stitching together costumes, a warehouse full of parade floats and a room where virtual reality technology is used to help build a new animatronic show.

The results of those labors take stage Friday when Disney World unveils a new Magic Kingdom parade, a Hollywood Studios street showing off the characters from “The Incredibles” franchise, a Caribbean-style street band in Animal Kingdom and the start of an arts festival at Epcot. In a few months, the resort opens a new animatronics show based on the “Cars” character Lightning McQueen.

Here’s a look at the behind-the-scenes people who produce the pixie dust. Many of them started out as performers and have been at Disney World for decades.

Bettina Buckley oversees the entertainment division’s 6,700 workers in 100 different disciplines responsible for more than 200,000 performances a year at the resort.

Putting a show based on a character under the Disney corporate umbrella in Disney World extends the life of that franchise, ultimately making it more valuable to the company. When deciding on which character or property to use for a show, she pays attention to what visitors say in surveys and letters.

She also considers the available space and how the show would affect the brand.

“If a character resonates, we stop and say, ‘Hey, maybe we should do something,’” said Buckley, vice president of live entertainment at the resort.

Once a character or intellectual property is picked, creative development director Reed Jones, show writer Allison Hirsch and a team consisting of a puppeteer, a juggler, a musical theater pro, an improv artist, technicians and musicians meet for weekly brainstorming sessions to figure out how to bring the story into the three-dimensional world through writing, costumes, music and lighting.

No idea is off the table.

Joseph Greggory “GG” Cook makes sure the ideas that “the dreamers” come up with can actually work. “I am the rubber that meets the road,” said Cook, manager of theatrical design and technical production.

He is helped by a darkened “pre-visualization” room where two large screens and a virtual reality headset help him see what shows will look like in a 3D model, and how they will be maintained, before they are built.

“It’s the hub of the wagon wheel, if you will. We previsualize our entire show, soup to nuts,” Cook said. “It allows us the opportunity not to have to build a real-world model.”

Harmony McChesney has a piece of Velcro in her purse at all times. When it’s time to test a fabric’s durability, she rubs the Velcro against the fabric. If it snags, “I say, this doesn’t belong to us. It’s not our friend,” said McChesney, a costume designer with big glasses, auburn hair swept up and large costume jewelry.

Durability is a must since the costumes worn by dancers, singers and costumed characters are washed every day. The department makes 10,000 costume pieces with the help of 300 sewers and six designers.

McChesney works in a room the size of a football field. Hundreds of bright-colored costumes and dozens of torso dummies, hang from racks along the wall. On a recent day sewers sat in rows of sewing machines near a dressing room where performers try on their costumes.

McChesney was focused on the costumes for the new parade in the Magic Kingdom park starring Mickey and Minnie. The costumes were white with colored confetti printed on the fabric in a look that resembled vanilla cupcakes with colorful sprinkles and colorful trim that looked like icing.

Call it couture for Disney characters.

“There’s a lot of stuff that people could use for theater that we can’t use for theme parks just because of the durability and how much use it’s going to get,” McChesney said. “You want it to last a long time.”