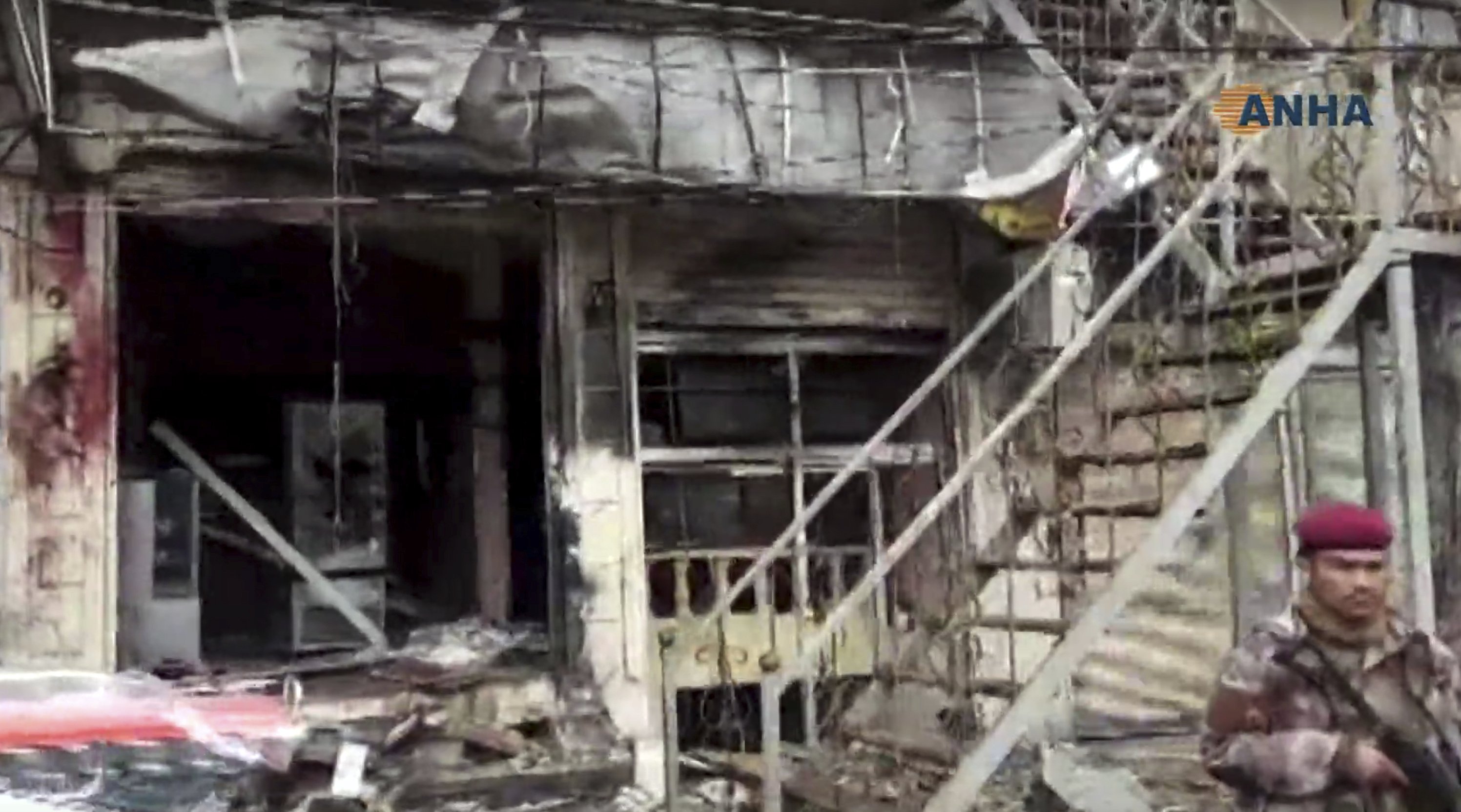 WASHINGTON — A suicide bombing claimed by the Islamic State killed two U.S. soldiers and two American citizens in northern Syria Wednesday, less than a month after President Donald Trump declared he was pulling U.S. forces and that IS had been defeated.

The attack, which also wounded three U.S. service members along with other people in the strategic northeastern town of Manbij, complicates what had already become a messy withdrawal plan, with Trump’s senior advisers disagreeing with the decision and then offering an evolving timetable for the removal of the approximately 2,000 U.S. troops. And it underscores Pentagon assertions that the Islamic State is still a threat capable of deadly attacks.

As many as 16 were killed, including a number of fighters with the Syrian Democratic Forces, who have fought alongside the Americans against the Islamic State, according to officials and the U.K.-based Syrian Observatory for Human Rights.

U.S. Central Command said one of the civilians was employed by the Defense Department and the other was a contractor. The names of the American victims were being withheld until their families could be notified.

Vice President Mike Pence repeated Trump’s claims about the Islamic State Wednesday, saying the “caliphate has crumbled” and the militant network “has been defeated.” His comments in a speech at the State Department came shortly after the U.S. military announced that American soldiers were among those killed in Manbij.