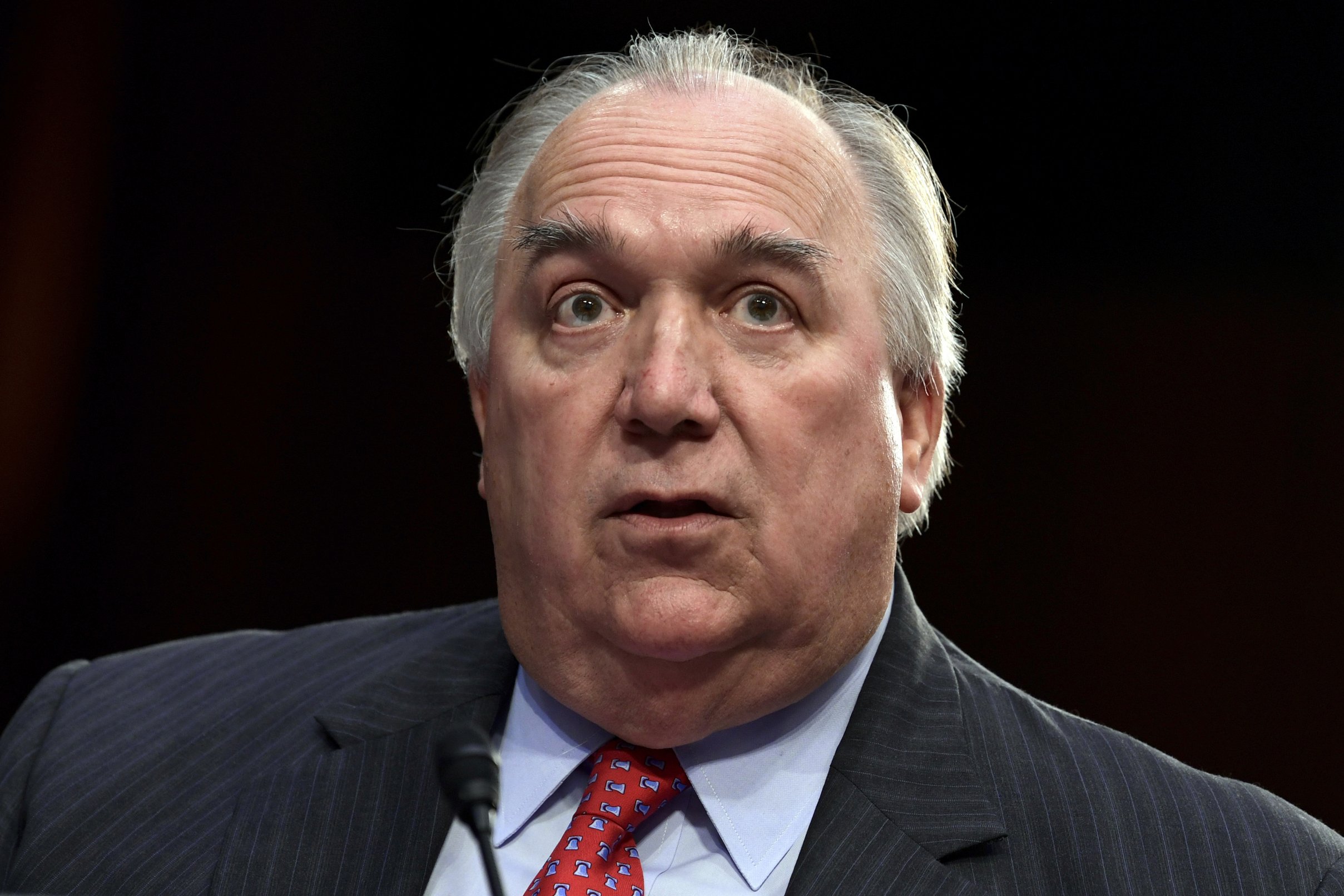 Michigan State University’s interim president says he’s stepping down in a week in response to a request from the school’s governing board.

John Engler sent an 11-page letter Wednesday to Dianne Byrum, chairwoman of Michigan State’s Board of Trustees. It makes no mention of recent criticism of his remarks about victims of former sports doctor Larry Nassar. Instead, he lists what he considers to be his accomplishments in his one year of service and says the university is a “dramatically better, stronger institution.”

Engler says he’s in Texas attending a service for his late father-in-law. He says his resignation is effective on Jan. 23.

The former Michigan governor was hired as interim president a year ago as Michigan State was dealing with sexual assaults committed by Nassar, who worked on campus.
___

A member of Michigan State University’s Board of Trustees says the school’s interim President John Engler will resign amid enduring public backlash over his comments about the sexual assault victims of former sports doctor Larry Nassar.

Joel Ferguson told The Associated Press that board members expect to receive a letter Wednesday providing details of Engler’s resignation, including its effective date. He added: “Yes, John is going to resign.”

Engler has resisted previous calls to step down. He took over on an interim basis in February after the previous president resigned amid fallout from the Nassar scandal.

Nassar molested hundreds of girls and women while employed at Michigan State and is now in prison.

In an editorial board meeting last week with The Detroit News, Engler said Nassar’s victims have been in the “spotlight” and are “still enjoying that moment.”

Trustees had scheduled a vote Thursday to oust Engler if he didn’t step down.
___

The chairwoman of Michigan State University’s Board of Trustees says embattled interim school president John Engler “has a decision to make” in the wake of his latest comments about victims of serial sexual abuser Larry Nassar.

Dianne Byrum told The Associated Press she had a “frank” conversation with Engler Wednesday. She stopped short of confirming that she asked him to resign, but said the board is poised to appoint a new interim president at a Thursday meeting. She said she had not yet heard back from Engler.

Engler told The Detroit News last week that women sexually assaulted by the now-imprisoned Nassar have been in the “spotlight” and are “still enjoying that moment at times, you know, the awards and recognition.”

Byrum said Engler continues to “open wounds for survivors” and hamper the university’s efforts to regain trust and credibility.
___

A Michigan State University trustee says the board will seek to oust interim school President John Engler if he doesn’t resign amid criticism of his handling of the fallout around disgraced ex-sports medicine doctor Larry Nassar.

Brian Mosallam told The Associated Press Wednesday that if Engler “doesn’t resign, we are going to vote to remove him.”

Mosallam, a Democrat, also said he believes “the votes are there” to get rid of Engler. The board will hold a special meeting Thursday in East Lansing.

Engler has been criticized for his comments about women sexually assaulted by Nassar.

The East Lansing school says “a personnel action” will be discussed Thursday.

Engler told The Detroit News Editorial Board Friday that women sexually assaulted by the now-imprisoned Nassar have been in the “spotlight” and are “still enjoying that moment at times, you know, the awards and recognition.”

Trustee Brian Mosallam said Wednesday on Twitter that “JOHN ENGLER’S REIGN OF TERROR IS OVER.” His tweet followed a post by fellow Democrat and trustee Dianne Byrum announcing Thursday’s meeting.

Engler, Michigan’s Republican governor from 1991 through 2002, was hired by trustees last February after the previous president resigned amid fallout from the Nassar scandal.