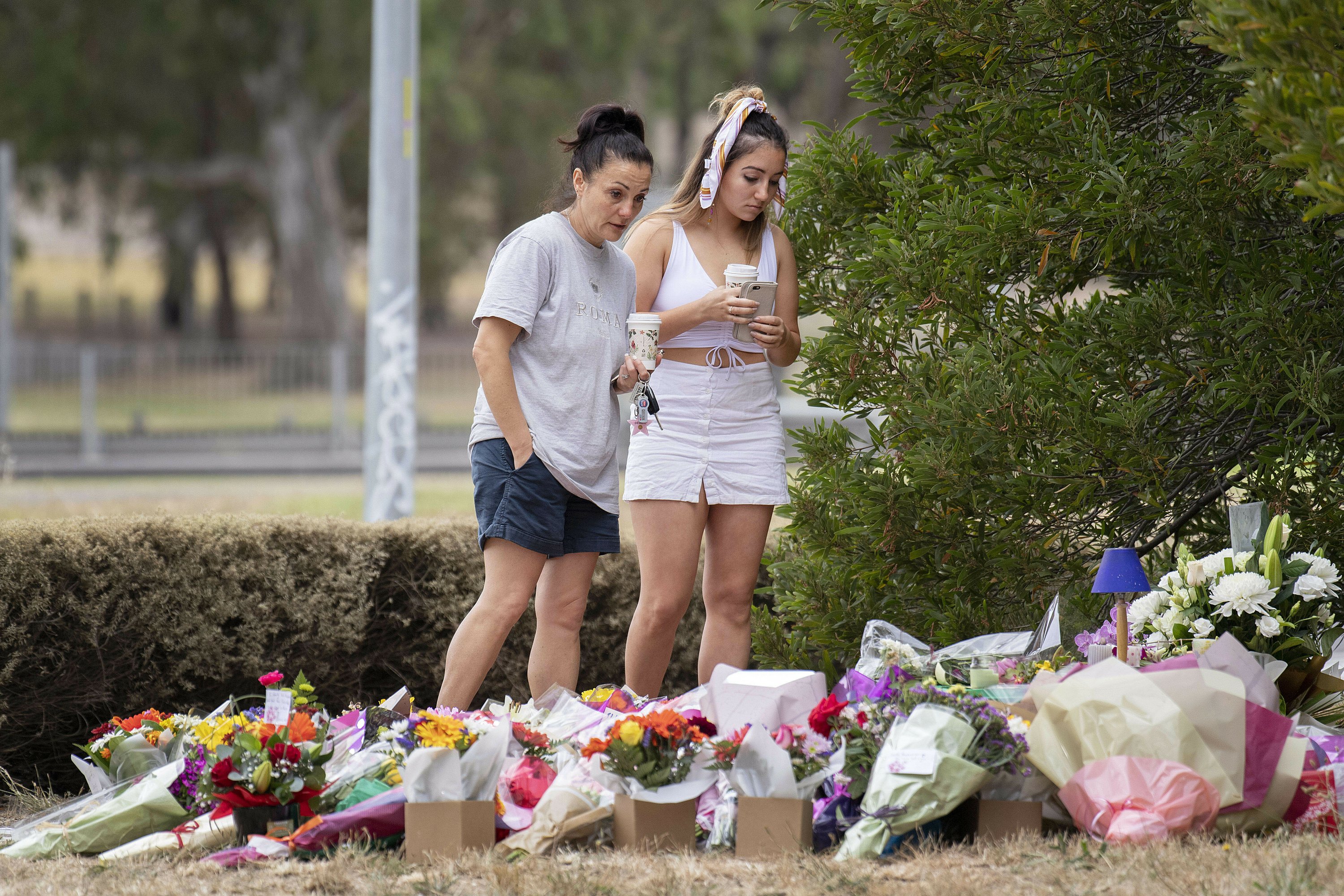 CANBERRA, Australia — Australian police arrested a man Friday for questioning over the death of an Israeli student in Melbourne, while the victim’s tearful father visited the flower-strewn crime scene where her body was found.

Aiia Maasarwe was slain at 12:10 a.m. on Wednesday shortly after she got off a tram in the Melbourne suburb of Bundoora.

A 20-year-old was taken into custody on Friday morning in the neighboring suburb of Greensborough, a police statement said. Police did not say if any charges have been filed.

The 21-year-old victim was studying at La Trobe University in Melbourne as an exchange student from Shanghai University in China.

Her father Saeed Maasarwe arrived in Melbourne on Thursday to bring her body home. He cried Friday when he saw an impromptu floral memorial arranged by members of the public at the site where her body was found behind a hedge not far from the tram stop.

“This is the last place my daughter — was here,” the father told reporters. “I had many dreams to be with her.”

The father was also among hundreds of people who attended a vigil later on the steps of the Victoria state parliament in honor of the victim and in a protest against male violence.

Saeed thanked the crowd for coming and said if someone else had died, his daughter would “be the first” to come to the vigil.

“This is Aiia,” he said before breaking down in tears.

Police have not detailed the attack on Maasarwe, which they assume was random and opportunistic.

Prime Minister Scott Morrison revealed that she had been raped.

“I just want to begin by saying how devastated I am by the despicable, tragic and violent killing and rape of Aiia Maasarwe,” Morrison told reporters in Fiji.

Her uncle, Abed Kittani, told the Australian Broadcasting Corp. that Maasarwe was speaking by phone to a younger sister when she was attacked.

“She heard the cars passing by and she was helpless, she couldn’t do anything,” Kittani said of the sister. The sister sent messages, but there was no response.

“Instead of coming home with a diploma, she is coming back in a coffin,” Kittani said.

Another uncle, Rame Maasarwe, said: “We cannot believe that something like this happened in Australia; we think it’s very safe there.”