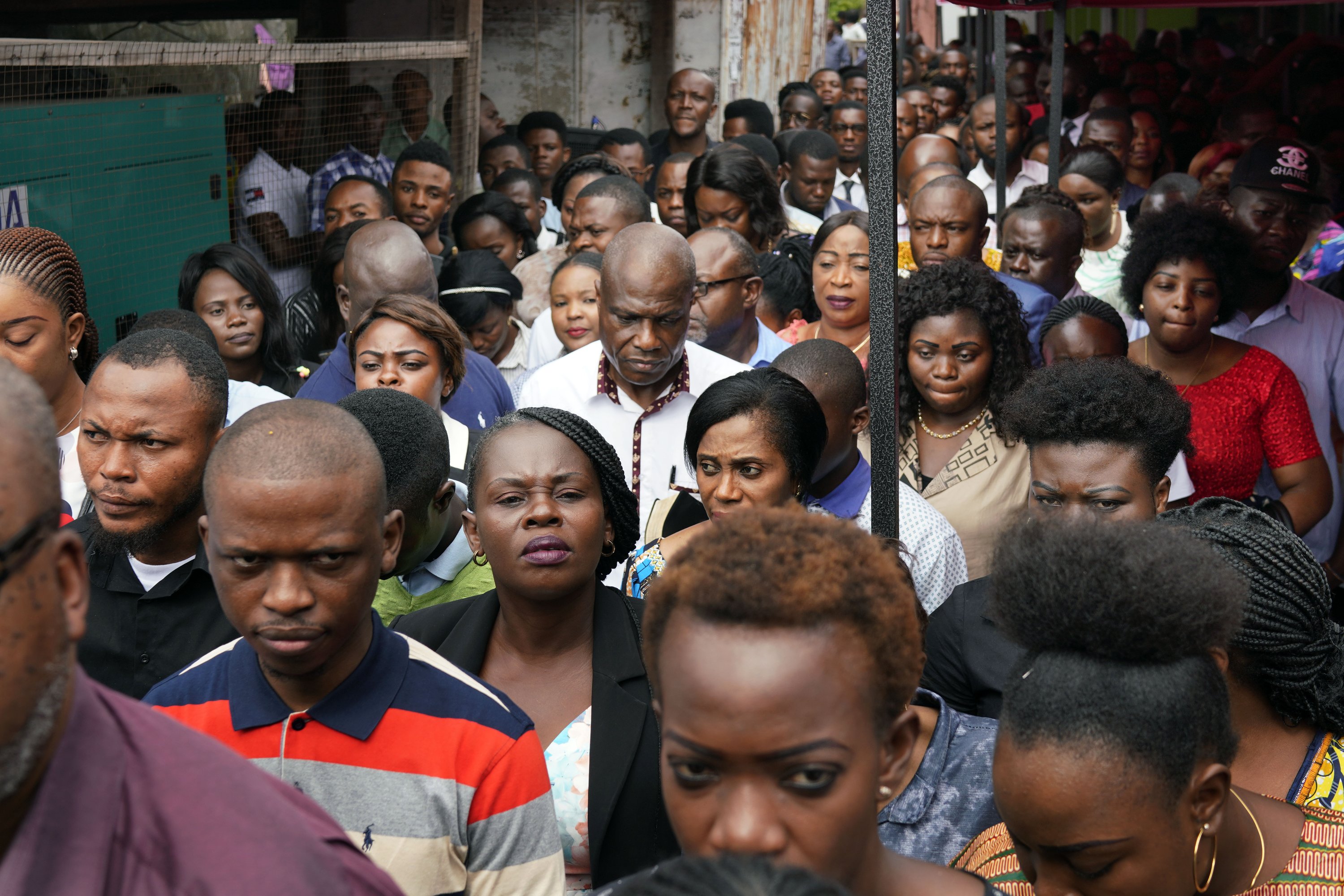 KINSHASA, Congo — Congo’s constitutional court is poised to rule as early as Friday on a challenge to the presidential election results. But the African Union continental body has issued a surprise last-minute request for Congo’s government to suspend the announcement of final results, citing “serious doubts” about the vote.

Upholding the official election results could spark violence in a country hoping for its first peaceful, democratic transfer of power since independence in 1960.

The AU statement late Thursday said heads of state and government agreed to “urgently dispatch” a high-level delegation to Congo to find “a way out of the post-electoral crisis” in the vast Central African nation rich in the minerals key to smartphones and electric cars around the world.

The statement reflects concern by Congo’s many neighbors that more unrest could spill across borders. The delegation including heads of state will leave for Congo on Monday, an AU spokeswoman said.

Fayulu has asked for a recount of the Dec. 30 election, asserting that Congo’s electoral commission published provisional results wildly different from those obtained at polling stations.

He makes the extraordinary accusation of an election rigged in favor of the opposition, asserting that outgoing President Joseph Kabila made a backroom deal with the declared winner, Felix Tshisekedi, when the ruling party’s candidate did poorly.

The electoral commission has said Tshisekedi won 38 percent of the vote and Fayulu 34 percent. However, results compiled by the influential Catholic Church’s 40,000 election observers show Fayulu won easily with 61 percent.

In leaked data published this week by some media outlets, attributed to the electoral commission and representing 86 percent of the votes, Fayulu won 59.4 percent while Tshisekedi received 19 percent.

The court could uphold the election results, order a recount or order a new election.

It is likely that the court, full of Kabila appointees, will confirm Tshisekedi’s victory, said Adeline Van Houtte, an analyst at the Economist Intelligence Unit.

“It will come with the risk of increased instability, which could put a halt on the electoral transition,” Van Houtte said in a statement. “However, it would also mean that Kabila will have avoided the worst-case scenario for him,” a Fayulu presidency.

Fayulu, a lawmaker and businessman who is outspoken about cleaning up Congo’s sprawling corruption, is widely seen as more of a threat to Kabila, his allies and their vast wealth. Tshisekedi, the son of charismatic opposition leader Etienne who died in 2017, is relatively untested and has said little since the election.

Congo’s inauguration is set for Tuesday.

The election came after more than two turbulent years of delays as many Congolese worried that Kabila, in power since 2001, was seeking a way to stay in office. Barred from serving three consecutive terms, Kabila already has hinted he might run again in 2023.

All of the election results, not just in the presidential race, have been widely questioned after Kabila’s ruling coalition won a majority in legislative and provincial votes while its presidential candidate finished a distant third.

Internet service was cut off in Congo the day after the vote to dampen speculation on the results. It still has not returned.

Election observers reported multiple problems, including the last-minute barring of some 1 million voters in the east, with the electoral commission blaming a deadly Ebola outbreak. That alone undermines the election’s credibility, some observers said.

Fayulu asked the court to declare that the commission violated the constitution by not organizing elections in certain constituencies.

The court did not question the commission thoroughly enough in this week’s hearing, warned the Synergy of Citizen Election Observation Missions, or SYMOCEL.

But for some Congolese who campaigned hard for Kabila to step aside, having an opposition figure take power is enough, despite questions about the vote.

Reflecting the yearning for stability after years of electoral unrest, 33 Congolese non-governmental groups and civil society movements on Thursday called on people to comply with whatever the court rules to “preserve the peace” in the interest of “national unity.”