Netflix has no plans to cut ‘Bird Box’ scene despite outcry 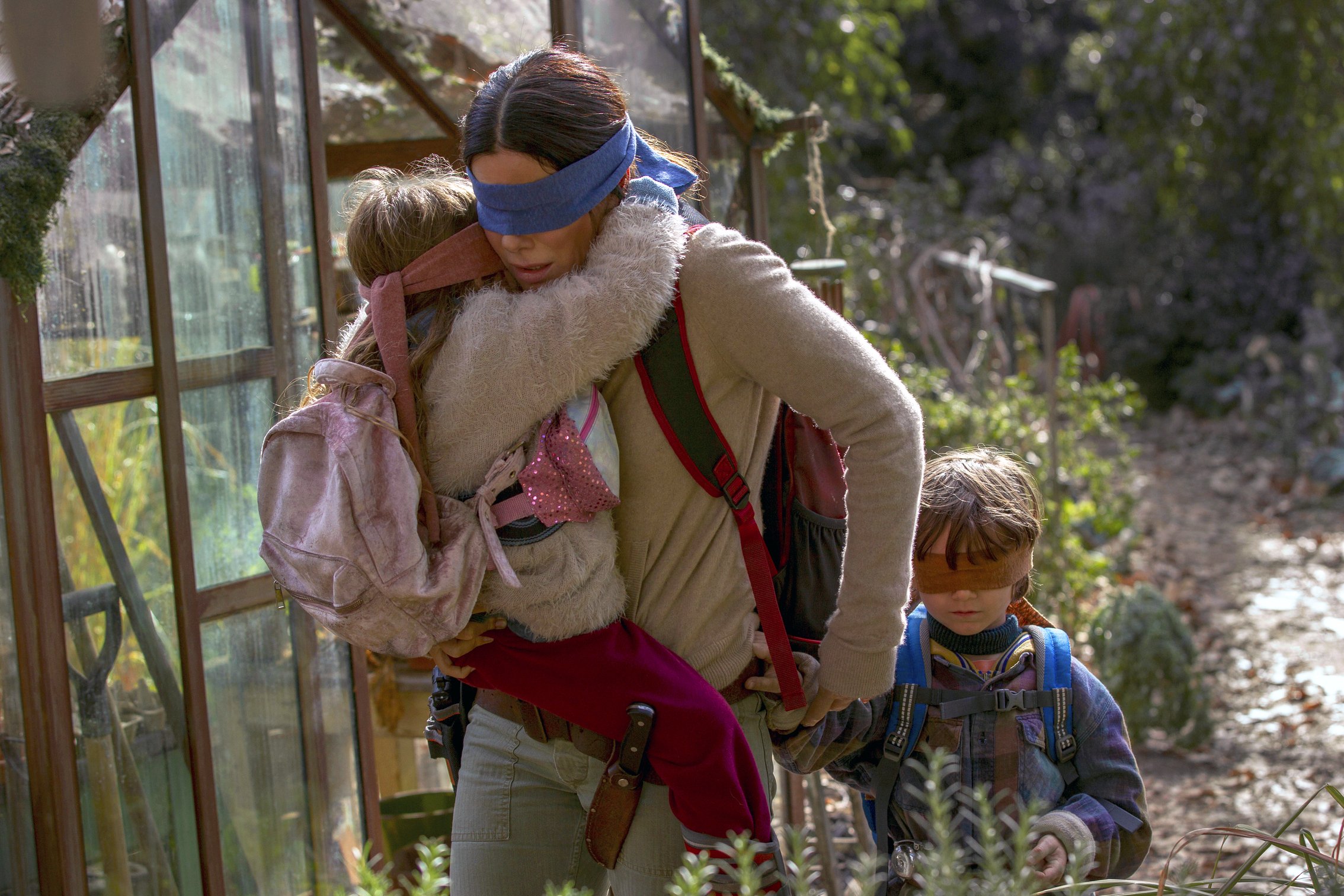 NEW YORK — Netflix’s post-apocalyptic survival film “Bird Box” is drawing criticism for using footage of a real fiery train disaster but the streaming giant has no plans to remove it.

The footage concerns a 2013 tragedy in the Quebec town of Lac-Megantic when an unattended train carrying crude oil rolled down an incline, came off the tracks and exploded into a massive ball of fire, killing 47 people.

Netflix licensed the footage of the disaster from the stock image vendor Pond 5 and used it in “Bird Box” in an early TV news montage to set up its horrific premise. The Sandra Bullock-led thriller is about monstrous entities that compel any human who sees them to quickly try to kill themselves. To survive, they don blindfolds.

In a statement to The Associated Press, Pond 5 said the footage “was taken out of context” and the company wanted to “sincerely apologize.” Pond 5 footage of the crash was also used in Netflix’s “Travelers.”

But a Netflix spokesman told the AP on Thursday that it wasn’t planning to cut the footage from “Bird Box,” saying, “We will keep the clip in the movie.” But he acknowledged that Netflix will be looking at ways to do things differently moving forward.

The mayor of Lac-Megantic, Julie Morin, has decried the use of the footage in an interview with The Canadian Press, calling it “a lack of respect.” Criticism has also been leveled by Canadians on Twitter, who argue that the footage may trigger feelings of PTSD and additional victimization.

But the Lac-Megantic mayor and a Netflix representative talked Thursday and Morin said the conversation was productive.

“They’ve committed to reflecting with their partners on the use of these images so that the situation does not repeat itself. We also felt they were sensitive to our citizens’ recovery. I’m satisfied with this exchange,” Morin said in a statement.

It’s not the first time “Bird Box” has caused an outcry. YouTube is cracking down on a wave of users committing so-called “Bird Box Challenges” — like driving a car while blindfolded.