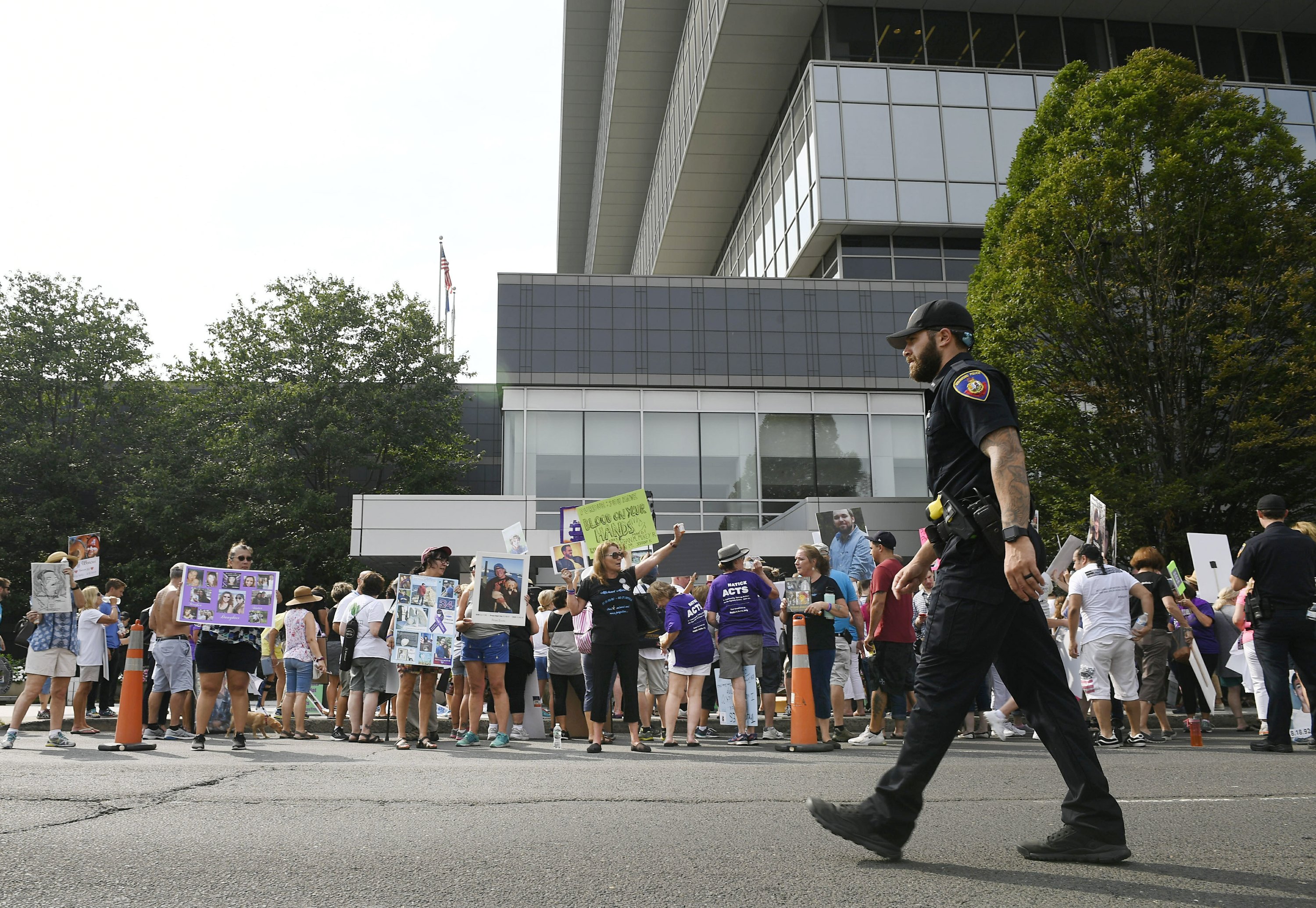 BOSTON — The Sackler name is emblazoned on the walls at some of the world’s great museums and universities, including the Smithsonian, the Guggenheim and Harvard. But now the family’s ties to OxyContin and the painkiller’s role in the deadly opioid crisis are bringing the Sacklers a new and unwanted kind of attention and complicating their philanthropic legacy.

The Sackler family owns Purdue Pharma, the privately held drug company that has made billions from OxyContin, and Sacklers hold most of the seats on the board.

Members of the family have been accused in a case brought by the state of Massachusetts of deceiving patients and doctors about the drug’s risks as deaths mounted. And documents recently released in the case shine new light on former Purdue Pharma President Richard Sackler’s role in the aggressive marketing of the powerful opioid.

As the allegations mount, family members who made their fortunes well before OxyContin even went on the market have sought to distance themselves from their relatives.

At the same time, activists have called on institutions to cut ties with the Sacklers, staging protests at museums that have received millions in donations.

“The Sackler name is becoming synonymous with the opioid epidemic, and it is damning for these institutions to have their name up,” said Nan Goldin, a photographer whose works have been displayed at Harvard’s Arthur M. Sackler Museum and at New York’s Metropolitan Museum of Art, which has a Sackler Wing.

Lost in the outrage: One of the most generous and best known of the Sacklers died in 1987, nearly a decade before OxyContin was released. Arthur M. Sackler made his money from medical research, medical advertising and trade publications. His younger brothers, Raymond and Mortimer, bought out his stake after he died.

Arthur Sackler’s name is on a gallery at the Smithsonian, a wing of galleries at London’s Royal Academy of Arts and a museum at Beijing’s Peking University. The Sackler Wing at the Met, which houses the celebrated Temple of Dendur from ancient Egypt, was funded by all three brothers. Richard has likewise donated heavily to various institutions.

After a federal investigation, Purdue Pharma and three executives — none of them Sacklers — pleaded guilty in 2007 and agreed to pay more than $600 million for misleading the public about the risks of OxyContin. The Stamford, Connecticut, company has also been hit with a multitude of lawsuits over its role in the drug crisis that killed 72,000 Americans in 2017 alone.

Arthur’s nephew, Richard Sackler, who became president of Purdue Pharma in 1999 and remains on the board, is at the center of the litigation. He and other current and former executives have been accused of hiding the dangers of the drug from doctors and patients, encouraging physicians to prescribe more of the highest doses and minimizing the abuse crisis as it was unfolding.

“This is not too bad. It could have been far worse,” he wrote to Purdue Pharma executives in 2001 after a federal prosecutor reported that 59 people in one state had died from OxyContin, according to documents released this week in the Massachusetts case.

At the launch party for OxyContin in 1996, Richard Sackler boasted the drug would bring a “blizzard of prescriptions that will bury the competition,” the documents say. Years later, they say, he sought to shift blame onto drug users themselves, recommending the company “hammer on the abusers in every way possible.”

“Richard followed that strategy for the rest of his career: collect millions from selling addictive drugs, and blame the terrible consequences on the people who became addicted,” attorneys in Massachusetts Attorney General Maura Healey’s office wrote. “By their misconduct, the Sacklers have hammered Massachusetts families in every way possible. And the stigma they used as a weapon made the crisis worse.”

A spokesman for Richard Sackler’s family referred questions about the lawsuit to the company. Purdue Pharma said in a statement that Massachusetts’ case — the first one brought by a state to personally name members of the Sackler family — is “littered with biased and inaccurate characterizations.” The company said it will “aggressively defend against these misleading allegations.”

Arthur Sackler’s widow and children insist that they never financially benefited from the sale of OxyContin.

“It is a gross injustice to connect Arthur to the opioid crisis some 30 years after his death when he had nothing to do with it,” Dame Jillian Sackler said in a statement. “It denies the many important contributions he made working to improve world health and to build cultural bridges between peoples.”

But activists have made no distinction between Arthur and his relatives.

In July, dozens of activists led by Goldin held a protest inside the Arthur M. Sacker Museum at Harvard, scattering pill bottles and holding banners that read “SHAME ON SACKLER.” Similar demonstrations have been held at the Met and the Smithsonian.

Goldin, who was addicted OxyContin for years, said that getting the institutions to act will be difficult.

“Who is going to turn down the money? They offer millions to these institutions, and the board members are not necessarily committed to action, so it’s going to take a lot,” she said.

A Met spokesman said that the Sackler family’s support began decades before the opioid crisis, but that the museum will be examining its gift acceptance policies. The Guggenheim, home to the Sackler Center for Arts Education, had no comment.

A Harvard spokesman said in an email that Arthur Sackler’s donation in 1982 paid for the construction of the building that originally housed the museum but that his foundation does not fund the museum.