The Latest: Death toll in Colombia car bombing rises to 21 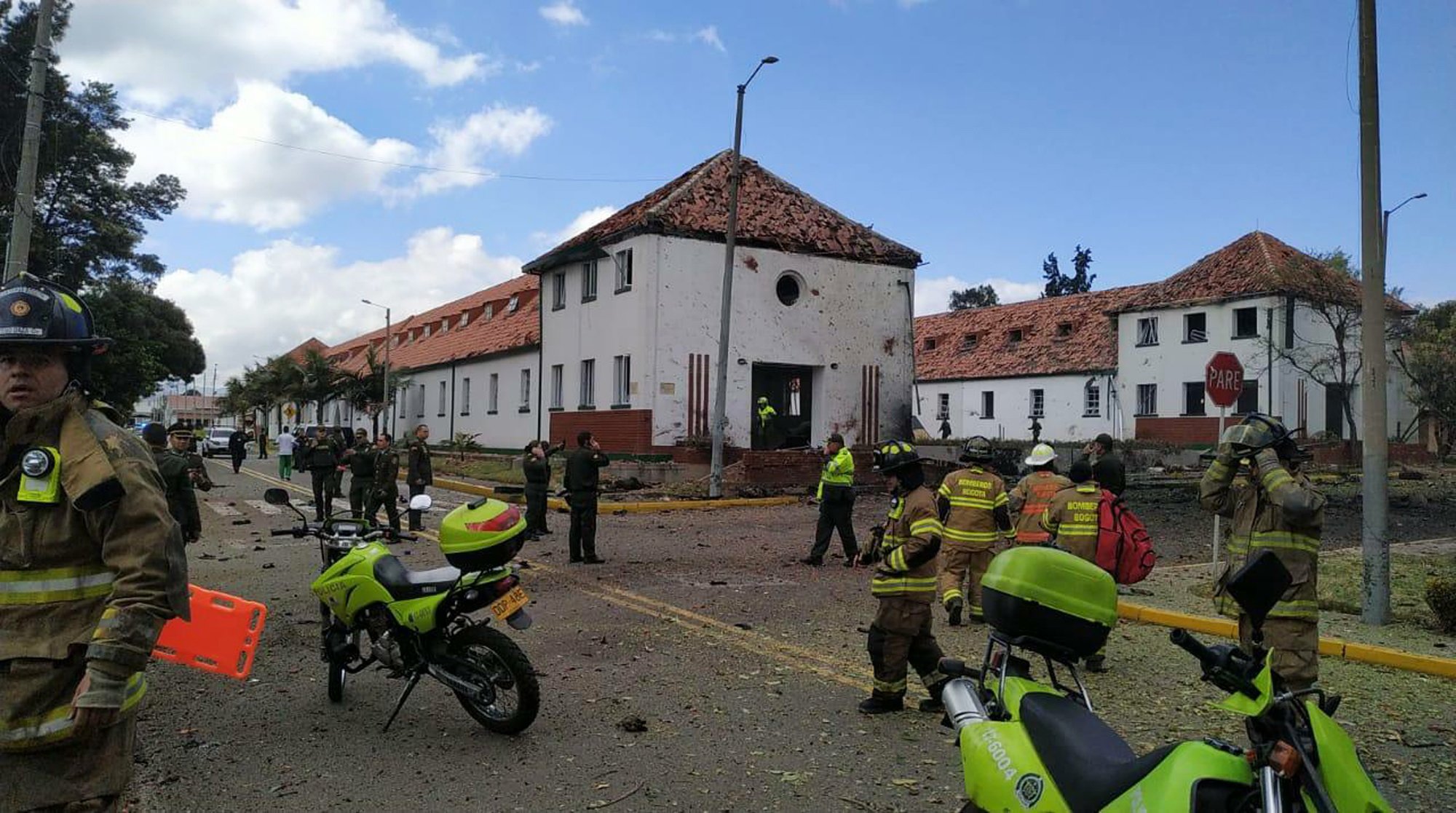 BOGOTA, Colombia — The Latest on the car bombing in Bogota (all times local):

Colombian authorities said the death toll from a car bombing at a police academy in the capital has risen to 21.

The police in a statement said that 10 of 68 people injured by Thursday’s blast remain hospitalized.

President Ivan Duque declared three days of mourning after the attack, which was the deadliest in years against a police or military target in Colombia.

Authorities have yet to identify what armed group was likely behind the attack. But they said a 56-year-old man named Jose Aldemar Rojas drove a 1993 Nissan pick-up loaded with 80 kilograms (175 pounds) of explosive past a security checkpoint to carry out the attack.

Colombian authorities were scrambling to identify who was behind a brazen car bombing at a police academy in Bogota that has rattled residents and raised tough questions about lingering security threats in the wake of a peace deal with the nation’s largest rebel group.

The Thursday morning bombing, which left 10 dead and dozens injured, was the deadliest in Bogota in years and proved especially unsettling because the target, the General Santander school in southern Bogota, is one of the most protected installations in the capital.

President Ivan Duque, visiting the academy in the aftermath, was careful not to attribute blame to any armed group even while condemning what he called a “miserable” terrorist act that recalled some of bloodiest chapters of Colombia’s recent past.