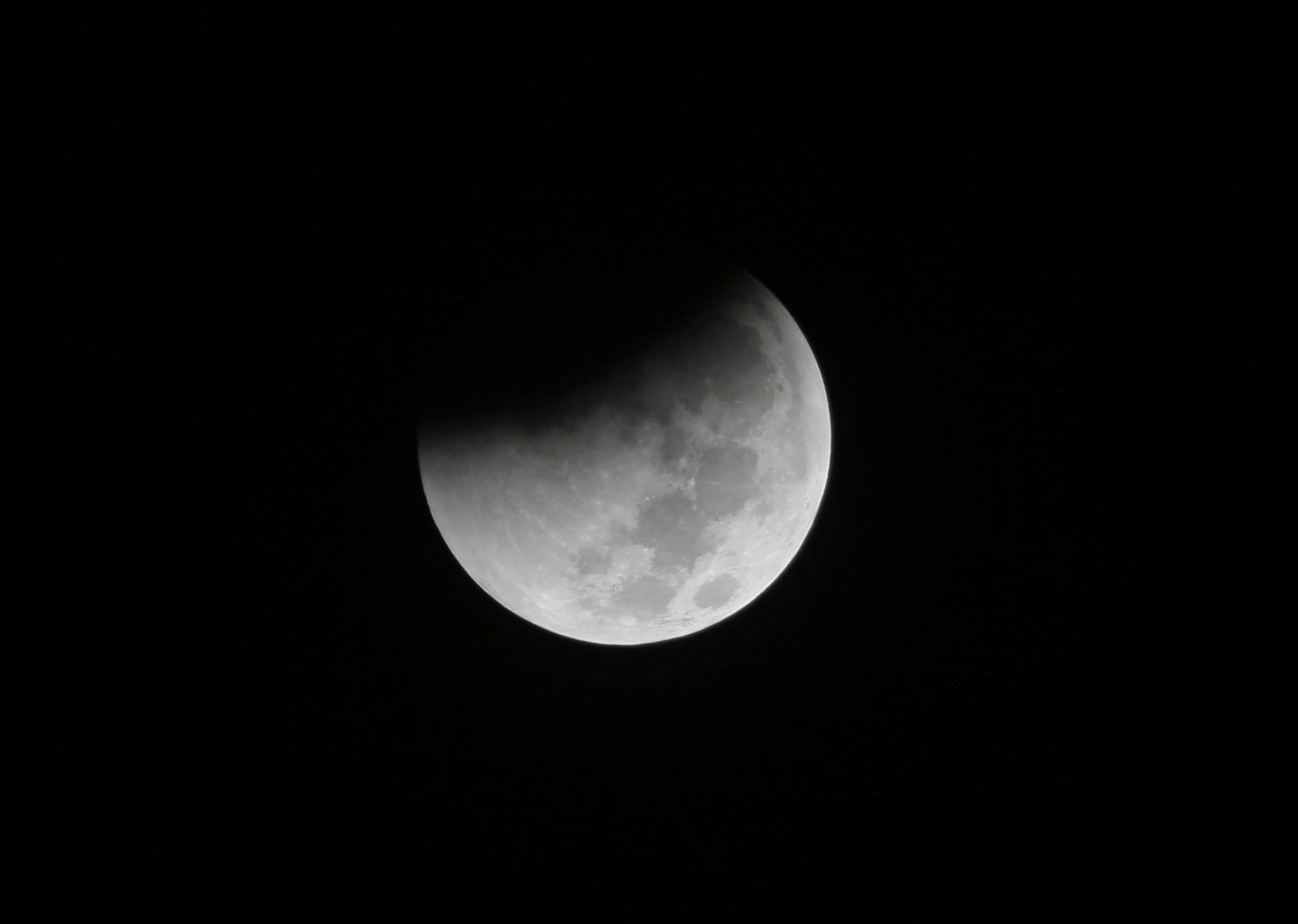 CAPE CANAVERAL, Fla. — Here comes a total lunar eclipse and supermoon, all wrapped into one.

The moon, Earth and sun will line up this weekend for the only total lunar eclipse this year and next. At the same time, the moon will be ever so closer to Earth and appear slightly bigger and brighter than usual — a supermoon.

“This one is particularly good,” said Rice University astrophysicist Patrick Hartigan. “It not only is a supermoon and it’s a total eclipse, but the total eclipse also lasts pretty long. It’s about an hour.”

The whole eclipse starts Sunday night or early Monday, depending on location , and will take about three hours.

If the skies are clear, the entire eclipse will be visible in North and South America, as well as Greenland, Iceland, Ireland, Great Britain, Norway, Sweden, Portugal and the French and Spanish coasts. The rest of Europe, as well as Africa, will have partial viewing before the moon sets.

During totality, the moon will look red because of sunlight scattering off Earth’s atmosphere. That’s why an eclipsed moon is sometimes known as a blood moon. In January, the full moon is also sometimes known as the wolf moon or great spirit moon.

So informally speaking, the upcoming lunar eclipse will be a super blood wolf — or great spirit — moon.

In the U.S., the eclipse will begin relatively early Sunday evening, making it easier for children to stay up and enjoy the show. Plus the next day is a federal holiday, with most schools closed. But the weather forecast for much of the U.S. doesn’t look good.

Parents “can keep their kids up maybe a little bit later,” said, Hartigan, who will catch the lunar extravaganza from Houston. “It’s just a wonderful thing for the whole family to see because it’s fairly rare to have all these things kind of come together at the same time.”

“The good thing about this is that you don’t need any special equipment,” he added.

Asia, Australia and New Zealand are out of luck. But they had prime viewing last year, when two total lunar eclipses occurred.

The next total lunar eclipse won’t be until May 2021.