Child is father of the man: Federer loses to Tsistsipas, 20 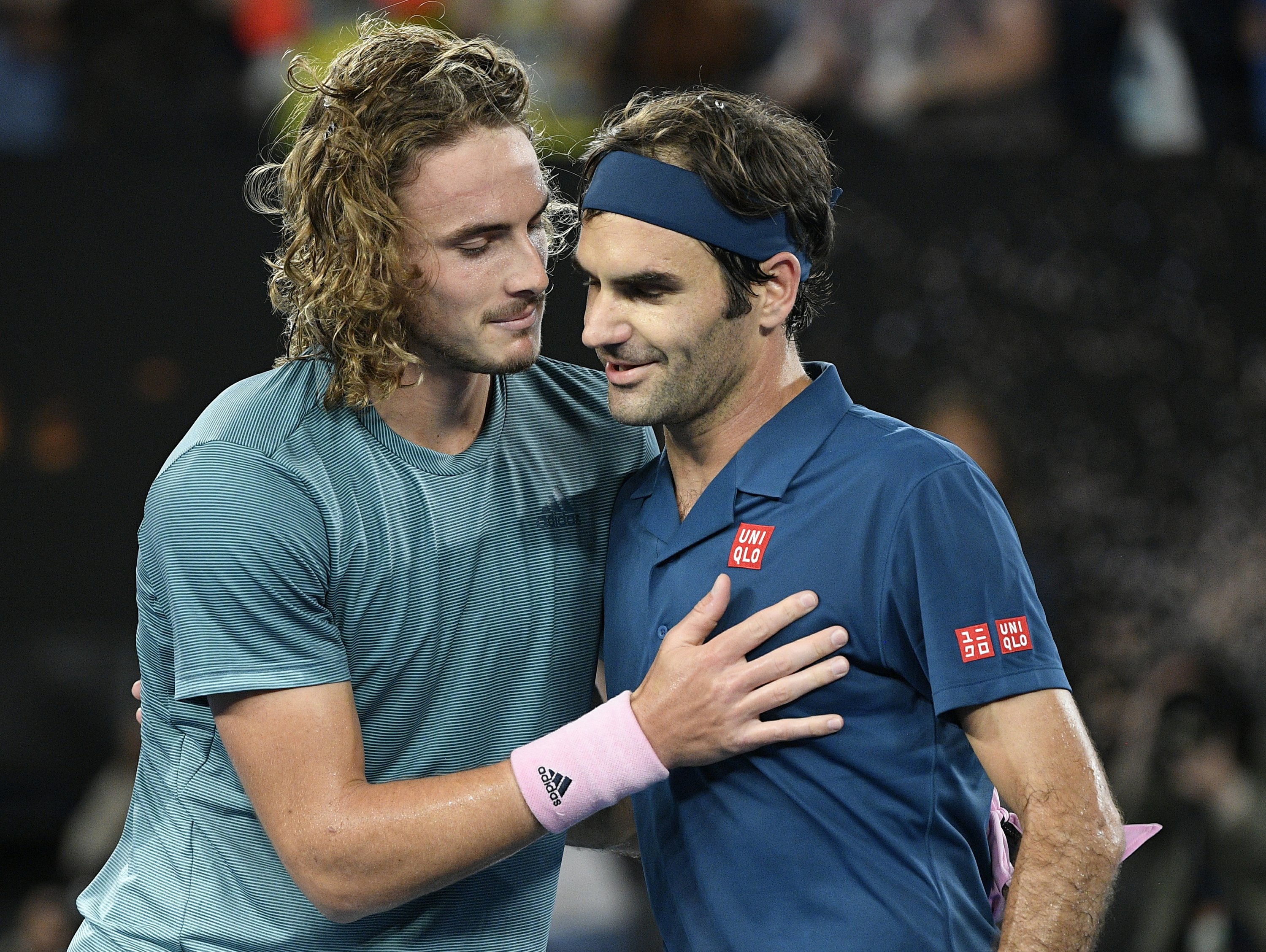 MELBOURNE, Australia — Merely getting the chance to play against Roger Federer at a Grand Slam tournament is a thrill for many a young tennis player. Beating Federer? Well, that’s a whole other story.

“Roger is a legend of our sport. So much respect for him. He showed such good tennis over the years. I’ve been idolizing him since the age of 6,” Tsitsipas said. “It was a dream come true for me … just facing him. Winning at the end? I cannot describe it, you know.”

The key stat Sunday night: Federer failed to convert any of the 12 break points he earned. Tsitsipas went 1 for 3 in that category, coming through in the last game of the third set.

“I have massive regrets,” Federer said.

At 37, Federer was the oldest man left in the field and was bidding to become the oldest man to reach the quarterfinals in Australia since Ken Rosewall was 43 in 1977.

Tsitsipas, a lanky guy who kept his scraggly hair in place with a pink headband, was the youngest man in the fourth round this year.

He lost his opening match a year ago, when Federer picked up his sixth Australian Open championship and 20th Grand Slam title overall.

At least Federer was able to crack a joke when asked whether Tsitsipas reminds him of a younger version of himself, replying: “He has a one-handed backhand. And I used to have long hair, too.”

This one was a thriller from beginning to end, both in terms of the high quality and entertaining style of play from both men — something long expected of Federer. The world is still learning what the 14th-seeded Tsitsipas can do. His soft hands serve him well on volleys, and he’s that rare man who will press forward as often as Federer and have nearly as much success.

The kid served well, too, compiling a 20-12 edge in aces and, more significantly, staving off all of those break chances that Federer earned: two in the first set, eight in the second, two in the third and none in the fourth.

In the opening game of the match, Tsitsipas twice was called for a time violation after allowing the 25-second serve clock — new in Melbourne’s main draw this year — to expire. The second such warning resulted in the loss of a serve, and Tsitsipas proceeded to double-fault, offering up a break point to Federer.

Tsisipas erased that chance with a 123 mph (198 kph) serve initially called out, then reversed on a challenge. Federer insisted to chair umpire James Keothavong that they should replay the point, a request that was denied, drawing the Swiss star’s ire.

That would signal a pattern. At each key juncture, either Federer blinked or Tsitsipas delivered something special.

“Hung in there, gave himself chances at some points, stayed calm. It’s not always easy, especially for younger guys,” said Federer, who was trying to reach his 54th Grand Slam quarterfinal. “Credit to him for taking care of that.”

Tsitsipas never even collected a break point of his own until the third set, and the match was nearly 3 hours old when he finally cashed one in, when Federer pushed a forehand into the net. The crowd, sensing something special, broke into a chorus of “Tsi-tsi-pas! Tsi-tsi-pas!”

As is often the case when a youngster outdoes an old master, there was buzz about whether this might signal something more meaningful than one result. Each member of the sport’s long-ruling Big 3 — Federer, Rafael Nadal and Novak Djokovic — already had dismissed challenges from the next generation at this tournament.

This, though, was different.

“I see him being high up in the game,” Federer said, “for a long time.”