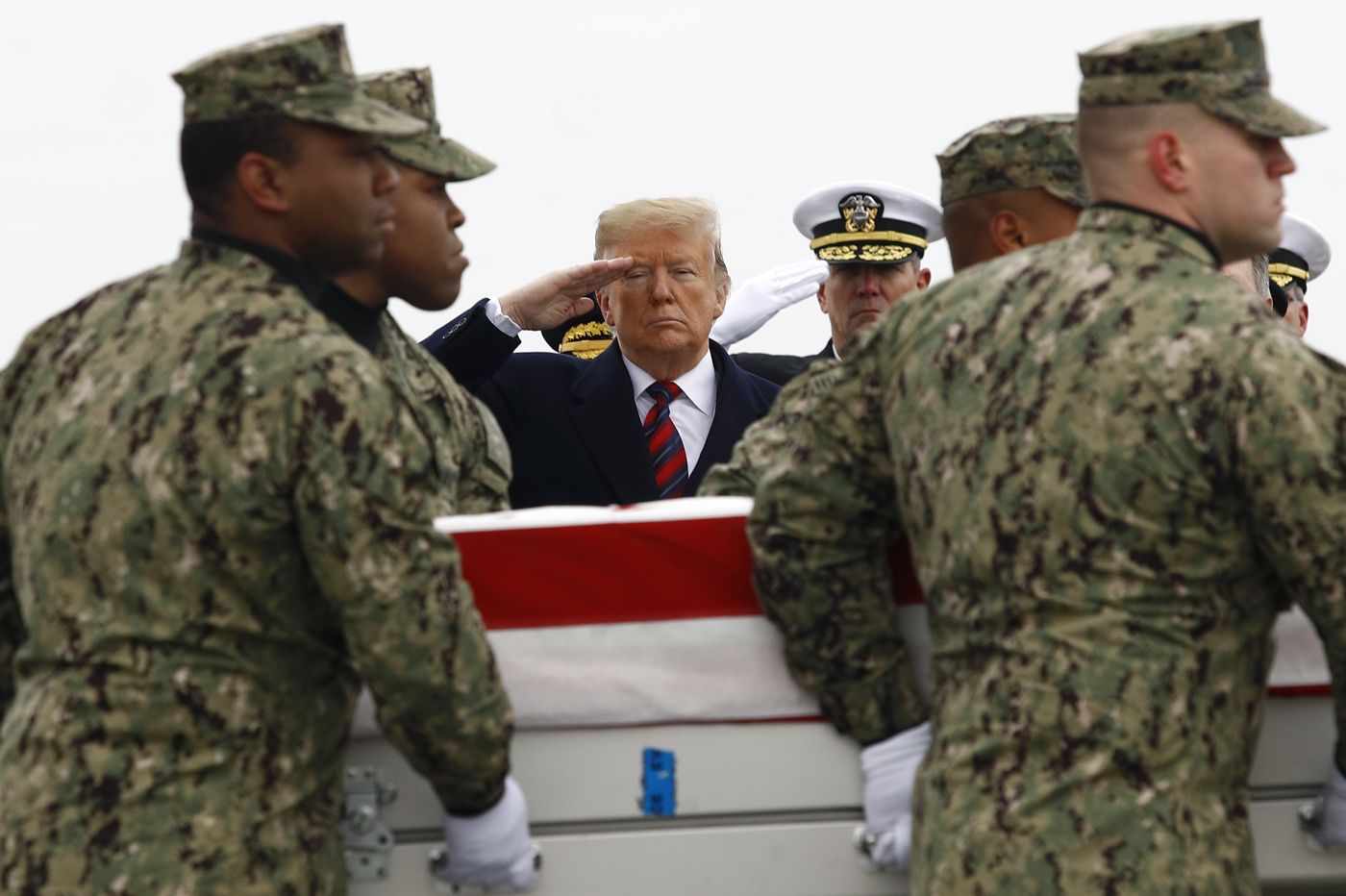 JERUSALEM — In an extraordinary statement, the Israeli military confirmed early Monday that it attacked Iranian military targets in Syria, hours after carrying out a rare daylight air raid near the Damascus International Airport.

The statement was issued hours after Israeli missile defenses intercepted an incoming missile over the Golan Heights in the wake of the airport raid.

“We have started striking Iranian Quds targets in Syrian territory,” the military statement said. “We warn the Syrian Armed Forces against attempting to harm Israeli forces or territory.”

Until now Israel has largely refrained from public admissions of its covert military operations in neighboring Syria, in order to avoid large-scale involvement in the eight-year civil war.

The Syrian military said Israel carried out intensive airstrikes with successive waves of guided missiles shortly after 1 a.m., but added that Syrian air defenses destroyed most of the missiles before they reached their targets.

On Sunday, Syrian state media said air defenses repelled an Israeli air raid near the international airport south of Damascus. State TV said Syria’s air defenses “prevented” the attack from achieving its goals. It said Israel targeted six missiles on an area near Damascus International Airport, of which five were shot down and one diverted to nearby empty farmland.

Residents of the capital said they heard five explosions early Sunday afternoon, apparently the sound of air defenses firing into the air.

The Israeli military had initially declined to comment on the airstrike, though it said a rocket fired at the Israeli-occupied Golan Heights was intercepted by Israel’s Iron Dome defense system.

Israeli warplanes have used Lebanon’s airspace recently to strike deep inside Syria, including attacking a warehouse near Damascus International Airport earlier this month, according to Syrian state media.

Israeli Prime Minister Benjamin Netanyahu recently confirmed that Israel has struck hundreds of targets in Syria linked to Iran and the Lebanese Hezbollah militant group, including a weapons facility two weeks ago. Iran and Hezbollah are allied with the Syrian government in the civil war.

Two hours after the reports that Israel’s Iron Dome intercepted a rocket fired toward the Golan Heights, Netanyahu, who currently is on a visit to Chad, said in a statement: “We have a defined policy: to harm Iranian entrenchment in Syria and to harm anyone who tries to harm us.”

The Britain-based Syrian Observatory for Human Rights, which closely monitors Syria’s war, said the bomb targeted the vehicle of a “security personality” that it did not identify. The Observatory’s chief, Rami Abdurrahman, said it was unclear whether the individual was killed or wounded. “It was not a random act,” he added.

Attacks have been rare in Damascus since Syrian government forces captured the last rebel-held neighborhoods and suburbs of the capital last year. Bombings have left hundreds dead over the course of the nearly eight-year civil war.

In the northern Syrian town of Afrin, a blast aboard a bus killed at least three people.

The attack came on the anniversary of a Turkish military operation that evicted Kurdish fighters from the town and displaced tens of thousands of its residents. The town now is under the control of Turkey-backed Syrian opposition fighters.

The Observatory said three people were killed and nine wounded in the explosion. The Syrian Civil Defense, an opposition-linked group known as the White Helmets, said that the blast killed “martyrs” and that others were wounded and rushed to hospitals.