The Latest: Teen in video says he sought to calm tension 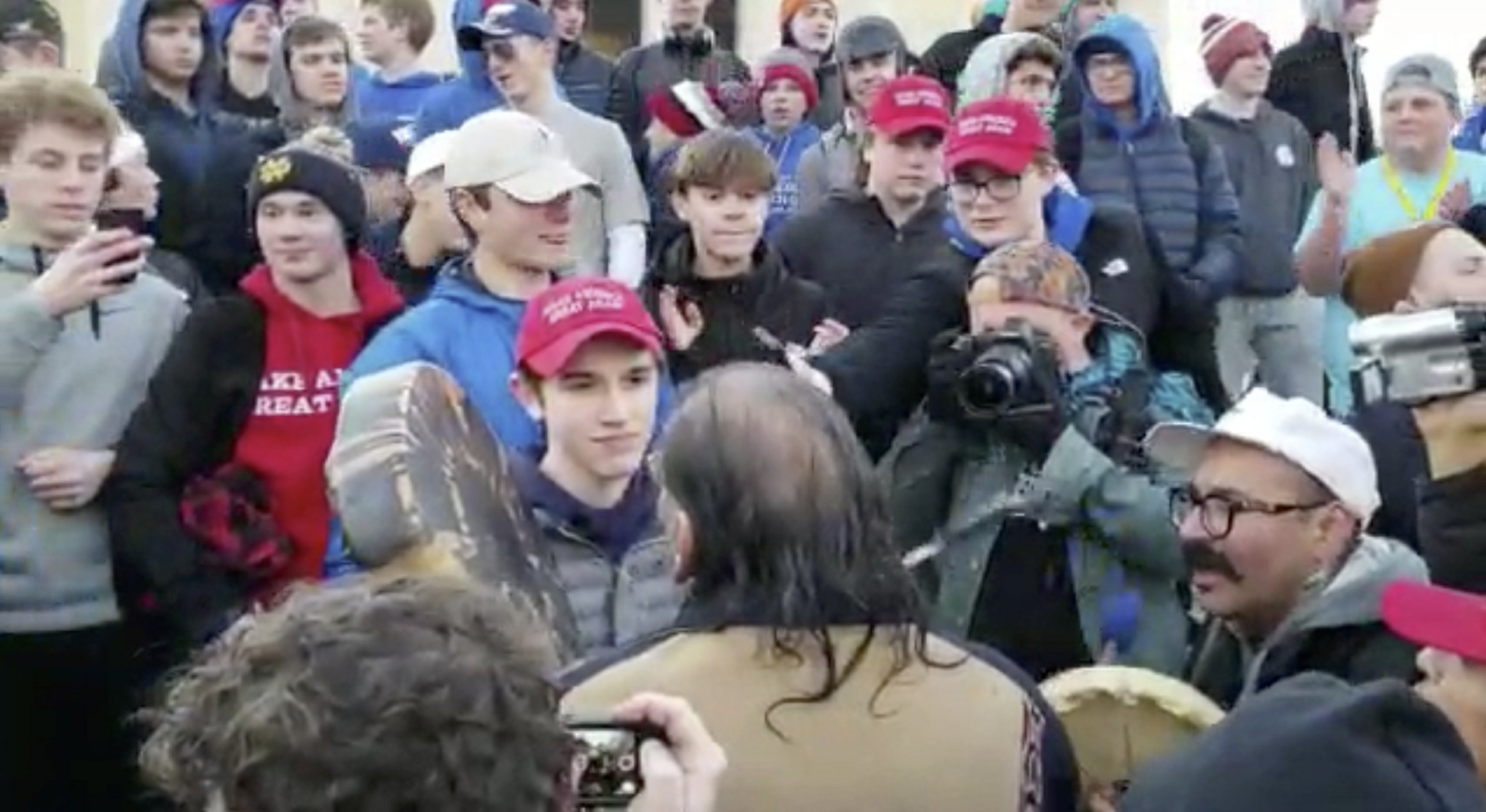 FRANKFORT, Ky. — The Latest on videos showing Kentucky students in a confronation at a Native American at a rally in Washington (all times local):

A teen at the center of a video confrontation with a Native American organizer of a march in Washington, D.C., says he did nothing to provoke anyone and sought to calm the situation.

The student identified himself in an email Sunday evening as junior Nick Sandmann of Covington Catholic High School in Kentucky. An official working with the family confirmed Sandmann’s identity, speaking on condition of anonymity because the source didn’t want to distract from the teen’s statement.

Sandmann says students were waiting at the Lincoln Memorial for buses to return to Kentucky on Friday when four African-American protesters there began insulting them.

The Native American, Nathan Phillips, told The Associated Press he approached the Kentucky students to keep the peace between them and the third group of protesters. Videos show Sandmann standing very close to Phillips and staring at him as he sang and played the drum. Other students — some in “Make America Great Again” hats and sweatshirts — were chanting and laughing.

Sandman says the students began yelling “school spirit chants” to drown out the protesters and he did not hear students chant anything “hateful or racist at any time.”

A Native American organizer of a march in Washington, D.C., says he felt compelled to get between a group of black religious activists and largely white students with his ceremonial drum to defuse a potentially dangerous situation.

Nathan Phillips on Sunday recounted for The Associated Press how he came to be surrounded by a group of students from a Catholic boys’ high school in Kentucky in an encounter captured on videos that are circulating online. Some of the students were wearing “Make America Great Again” hats.

Phillips was participating in Friday’s Indigenous Peoples March. The students had attended the March for Life rally the same day.

Videos also show members of the activist group yelling insults at the students, who taunt them in return.

A Kentucky diocese has issued an apology to the Ypsilanti, Michigan, man.

Students at a Kentucky Catholic school who were involved in a video showing them mocking Native Americans outside the Lincoln Memorial after a Washington rally could potentially face expulsion.

In a joint statement, the Roman Catholic Diocese of Covington and Covington Catholic High School apologized and said they are investigating and will take “appropriate action, up to and including expulsion.”

The Indigenous Peoples March in Washington on Friday coincided with the March for Life, which drew thousands of anti-abortion protesters, including a group from Covington Catholic High School in Park Hills, Kentucky.