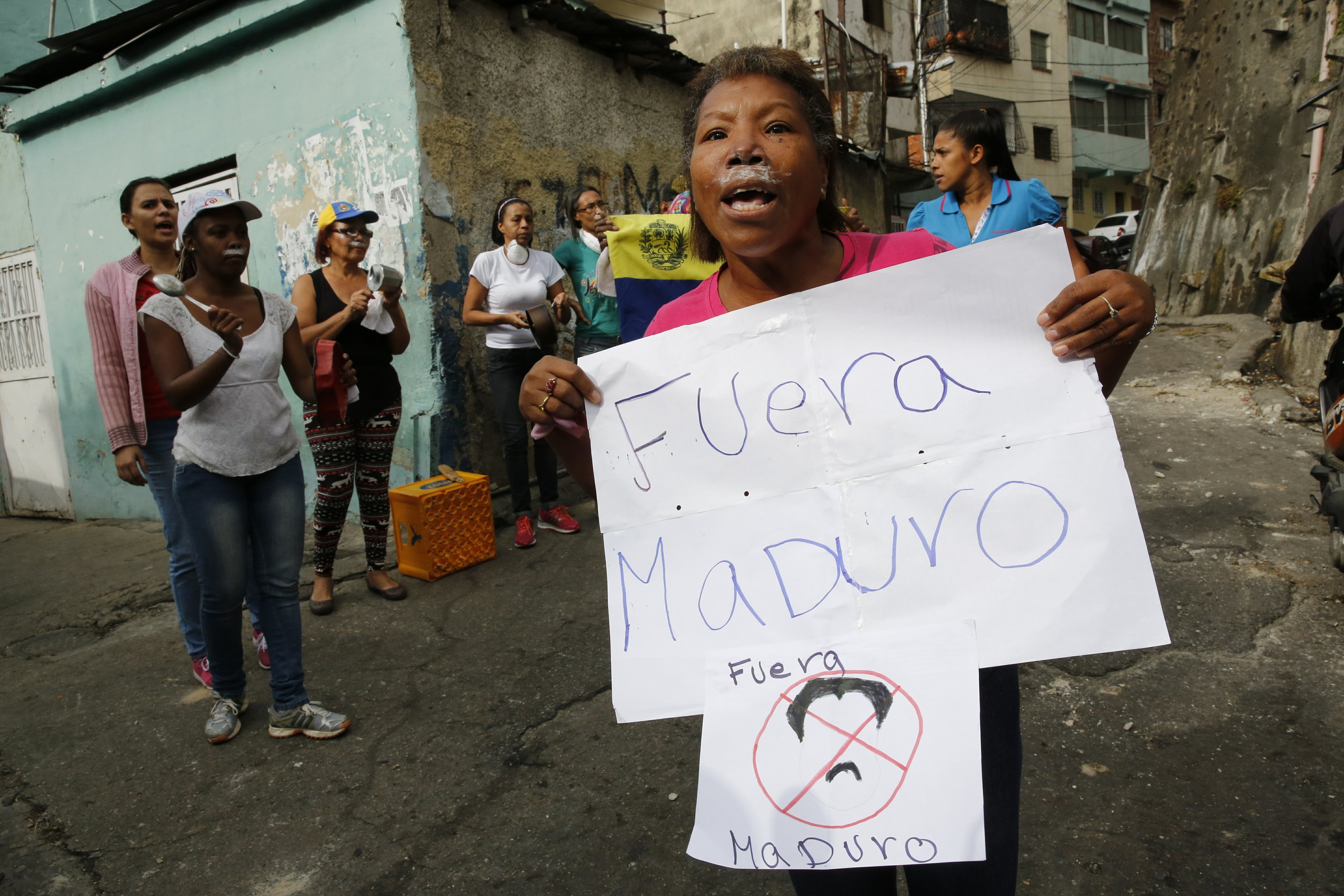 CARACAS, Venezuela — Venezuela’s government said Monday it put down a mutiny by a National Guard unit in a poor neighborhood a few miles (kilometers) from Venezuela’s presidential palace.

The uprising triggered protests in the same neighborhood that were dispersed with tear gas.

The armed forces in a statement said that it had captured all those involved in what it described as “treasonous” acts motivated by “obscure interests tied to the far right.”

It said at around 2:50 a.m. (06:50 GMT), a small group of guardsmen took captive a captain in charge of a police station in western Caracas and then moved across the capital in two military trucks to the poor neighborhood of Petare, where they stole a cache of weapons from another outpost.

They met resistance and were caught hours later at a national guard outpost 3 kilometers (2 miles) from the Miraflores presidential palace.

The armed forces said all the weapons had been recovered and the mutinous troops captured.

A few hours earlier, a group of heavily armed national guardsmen published a series of videos on social media saying they won’t recognize President Nicolas Maduro’s government, which has come under increasing domestic and international pressure over a newly launched second term that the opposition-controlled congress and many nations consider illegitimate.

In one of the videos, a man identifying himself as 3rd Sgt. Figueroa, addressing the “people of Venezuela,” urges his compatriots to take to the streets to show support for their rebellion.

“You asked to take to the streets to defend the constitution, well here we are,” he said in a video shot at night in which several heavily armed men and a national guard truck can be seen in the background.

“You wanted us to light the fuse, so we did. We need your support,” he added.

In the adjacent neighborhood of Cotiza, a small group of residents could be seen banging pots and pans, burning trash and throwing rocks at security forces stationed near the national guard post.

“We must defend our homeland,” Maria Fernanda Rodriguez, a 36-year-old manicurist, told The Associated Press, her eyes welling from the tear gas.

Juan Guaido, president of the congress, said the incident is a sign of growing discontent within the armed forces.

“Our military knows that the command chain is broken by the usurpation of the presidency,” Guaido said in a message on Twitter in which he reiterated a promise to support all members of the armed forces working to restore Venezuela’s democratic order.

Pressure has been mounting on Maduro to cede power after he began as second, six-year term this month. The U.S. and dozens of other foreign governments consider it illegitimate, in part because he banned several leading opponents from running against him.

While discontent among Venezuelans is rising amid widespread food shortages and hyperinflation, Maduro is believed to have the loyalty of his top military command. In the past troops have easily put down small uprisings.

Defense Minister Vladimir Padrino Lopez said on Twitter that those responsible for the incident would be punished with the full force of the law.