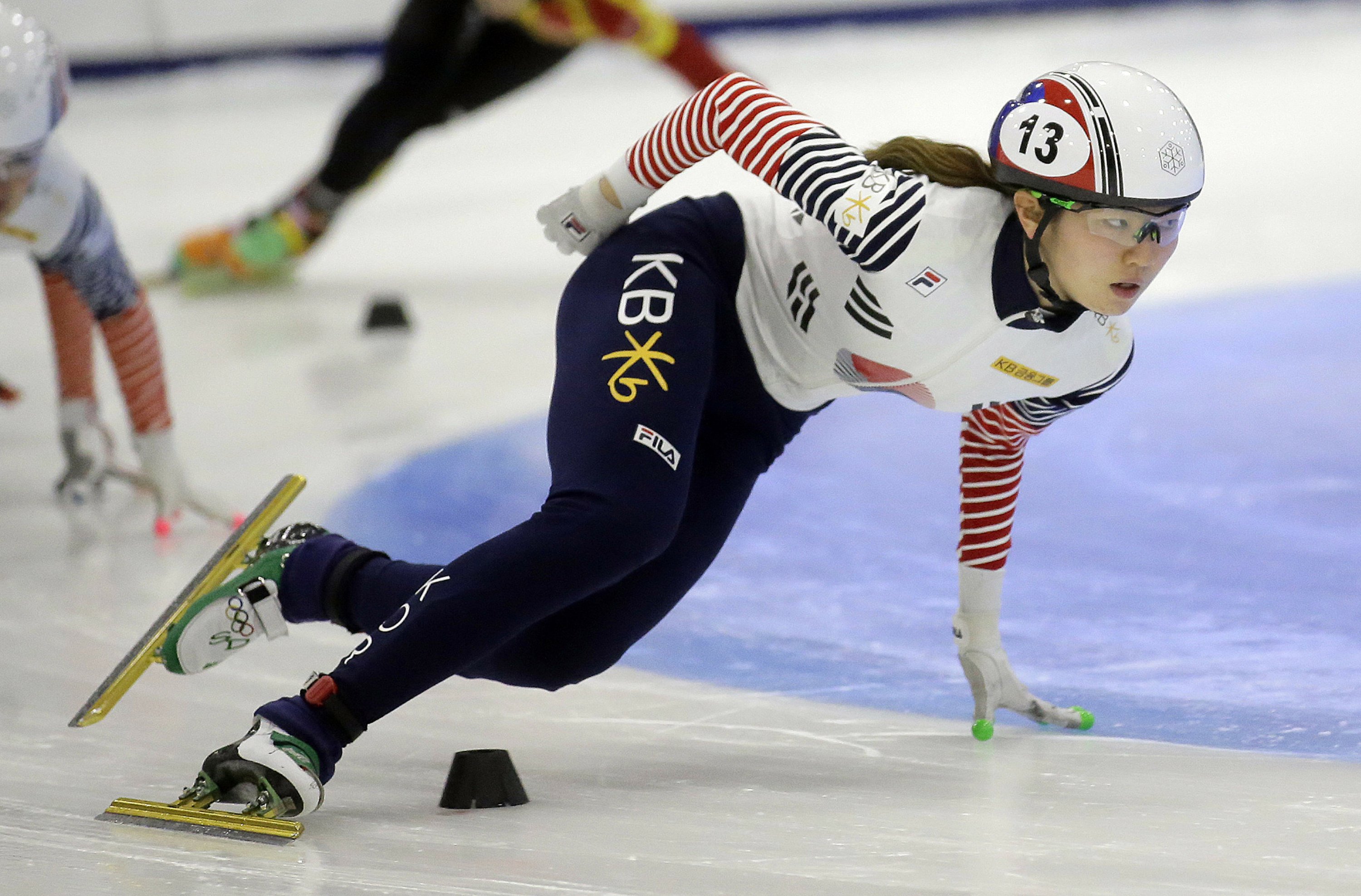 The announcement came amid a growing #MeToo movement in South Korea’s elite sports scene, which has been notorious for a brutal training culture and highly hierarchical relationships between coaches and athletes.

In addition to Shim, female athletes in judo, taekwondo and wrestling have also accused their male coaches of sexually abusing them. Members of the country’s silver medal-winning Olympic curling team, cheered as the Garlic Girls for their hometown’s famed produce, have accused their former coaches of verbal abuse and holding back prize money.

In a news conference at South Korea’s parliament, a group called Solidarity for Young Skaters said five other skaters had been sexually abused by their coaches. The group didn’t reveal any names, citing privacy worries.

Lawmaker Sohn Hye-won, who appeared in the same news conference, said one of the alleged victims said she was repeatedly groped as a teen by a coach while training at the Korea National Sport University, a powerhouse in producing Olympic athletes. The skater said the unidentified coach would forcibly hug and kiss her and verbally abused her after she rejected his advances, Sohn said.

Sohn also called for an investigation into former national team coach Jeon Myeong-gyu, who is somewhat of a godfather figure in South Korean skating. Currently a professor at KNSU, Jeon has long been accused of nepotism for favoring athletes and coaches from the school in international competition and is now under suspicion of pressuring victims in order to cover up sex crimes committed by coaches he taught.

“There has been frequent sexual abuse in the skating scene, but the offenders in most cases did not receive punishment; that’s because the coaches were members of the KNSU circle led by Professor Jeon Myeong-gyu,” said Sohn, adding that the victims are afraid they’ll face retaliation if they come forward with their claims.

Jeon later said at a separate news conference that he feels sorry for Shim and didn’t know she was abused. He denied that he attempted to cover up abusive conduct by his students.

“There’s no way for me to know about every act of sexual violence that takes place. I am not in a position to know that much,” he said.

Sohn and the skaters’ group also urged Korean Sport and Olympic Committee President Lee Kee-heung and other officials to step down for failing to safeguard athletes. The committee said it plans to launch a special committee to investigate abuse across sports and create new rules to protect athletes.

Experts say abusive treatment of female athletes has long been a problem in South Korean elite sports, which are often run by men. Athletes must live in dormitories, where coaches often exercise overbearing control, and they skip school from a young age in order to perform well at athletic events, leaving them with less education and career choices, which makes it harder for them to resist unjust treatment, critics say.

South Korea has associated Olympic achievements with national pride, and the problems regarding training cultures have often been overlooked as long as the athletes succeed.

But the pressure for change is now coming from a younger generation of athletes, led by Shim, who won two gold medals in women’s short-track speed skating in the 2018 and 2014 Winter Olympics.

Shim earlier this month accused her former coach, Cho Jae-beom, of repeatedly raping her since she was 17.

Shim’s claims have encouraged other female athletes to speak up about the alleged abuse they suffered from their male coaches. Shin Yoo-young, a former judo athlete, has also accused her former high school coach of repeatedly raping her. Lee Ji-hye, a former taekwondo athlete, told a television interview that she had been sexually abused by her former coach for five years, starting when she was a sixth-grader.

The Korea Wrestling Federation is also investigating claims that a coach groped some female members of the national team while they were training for the Jakarta Palembang Asian Games last year.