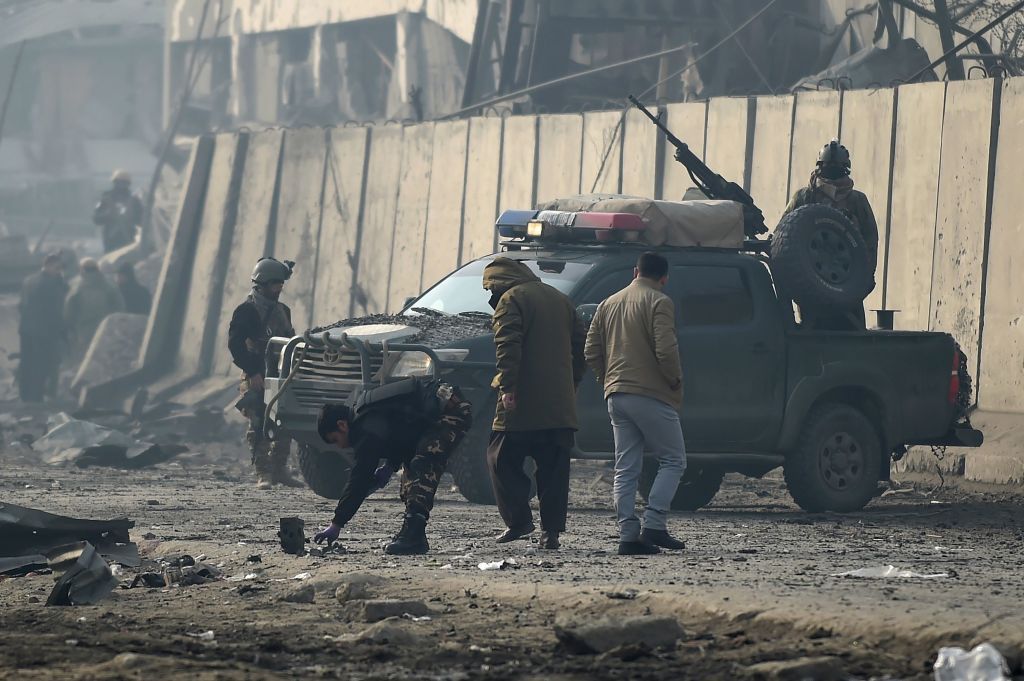 KABUL, Afghanistan — A Taliban assault on a military base and police training center in a province just outside the Afghan capital on Monday killed at least 12 people and wounded more than 30, officials said.

Salem Asgherkhail, head of the area’s public health department, said most of those killed in the attack in Maidan Wardak province were military personnel. Some of the wounded were taken to local hospitals for treatment while the more serious cases were sent to the capital, Kabul.

Nasrat Rahimi, deputy spokesman for the interior minister, said a suicide car bomber struck the base before insurgents opened fire. Sharifullah Hotak, a provincial council member, said four attackers took part in the assault after the bombing, all of whom were killed in the ensuing gunbattle. Hotak said it was a training base for new recruits from the area.

The Taliban claimed responsibility for the attack in a statement to the media.

The Taliban, who now hold sway in almost half of Afghanistan, carry out attacks on a daily basis, mainly targeting the beleaguered security forces. The violence comes amid stepped-up efforts by the United States to find a negotiated end to the 17-year war.

In a separate statement, the insurgents said they met again with U.S. representatives to discuss “ending the invasion of Afghanistan” in talks that would continue on Tuesday. They are meeting in Qatar, where the Taliban have a political office.

The Taliban threatened to walk away from the talks last week, accusing Washington of seeking to expand the agenda, presumably a reference to American demands that the insurgents hold direct talks with the Kabul government. The Taliban view the Afghan government as a U.S. puppet and have long insisted they will only negotiate directly with Washington.