Brazilian leader at odds with Davos focus on environment 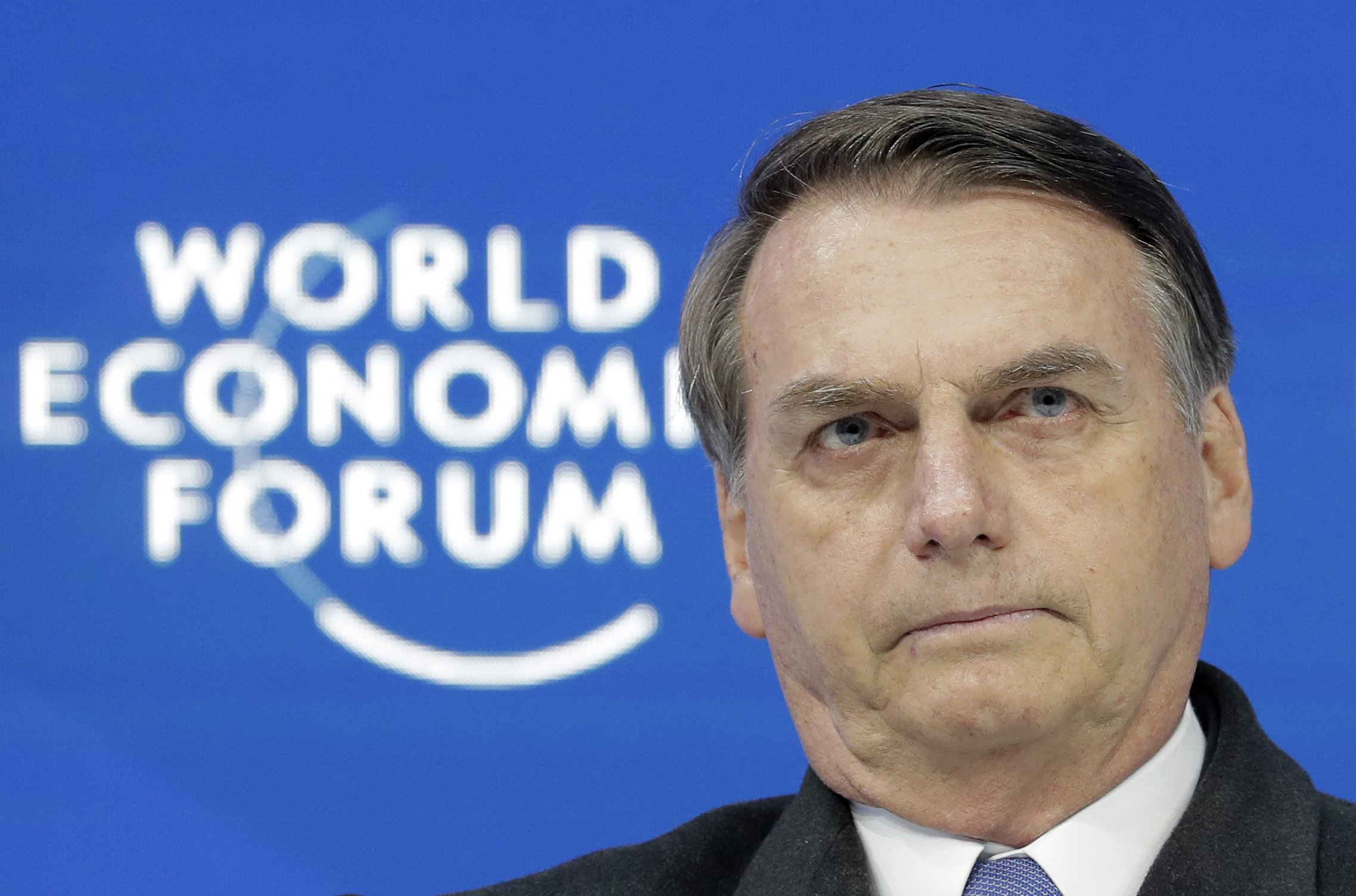 DAVOS, Switzerland — Brazilian President Jair Bolsonaro pledged to work “in harmony with the world” to cut carbon emissions, aiming to quell international concerns that his country, the main custodian of the oxygen-rich Amazon, could put economic interests over environmental ones.

The environment dominated talks at the World Economic Forum on Tuesday, and the nationalist leader struck a conciliatory tone in a keynote speech — a far cry from the combative one he had taken on the campaign trail, such as by once threatening to pull out of the Paris climate accord.

Minutes after famed naturalist David Attenborough spoke of the challenges of fighting climate change, Bolsonaro chose his words carefully in pledging to work with other countries to cut carbon emissions, while also freeing up business.

“The environment must go hand in hand with development efforts: One should not of course emphasize one more than the other,” Bolsonaro told a nearly-packed hall in the Swiss resort town, which responded with polite applause.

“We plan to work in harmony with the world, and in sync with the whole world, in terms of decarbonizing the economy, reducing CO2 emissions, and of course preserving the environment,” he said in a speech that was short on details.

During the campaign, Bolsonaro vowed to pull Brazil from the Paris accord — only to backtrack after winning and promising to stay. Scientists say Brazil won’t be able to meet its emission targets if he rolls back environmental regulations and opens up more of the oxygen-rich Amazon to mining and farming.

He also sought to play up economic prospects in Brazil at an event that has long represented business interests and global trade. But globalism is in retreat as populist leaders put a focus back on national interests, even if that means limiting trade and migration.

Jean-Rene Fournier, president of Switzerland’s upper chamber of parliament, praised a “very reasonable speech” from Bolsonaro, associating him with other leaders in Davos who want to “ensure economic prosperity while at the same time preserving the environment.”

Still cautious of the speech, he added: “We will have to make a proper assessment of it in a year.”

With some key Western leaders absent — like Britain’s Theresa May, saddled by Brexit worries, and U.S. President Donald Trump sitting out over the government shutdown — environment advocates sought to fill the void and raise their voice at the annual gathering in the Swiss snows.

Interviewed by royal-turned-quasi-journalist Prince William at Davos on Tuesday, Attenborough drew a standing ovation after warning them that the planet faces destruction if climate change is not dealt with imminently.

Attenborough said it is “difficult to overstate the climate change crisis,” warning humans have become “so numerous” and possess a “frightening” array of destructive mechanisms that “we can exterminate whole ecosystems without realizing.”