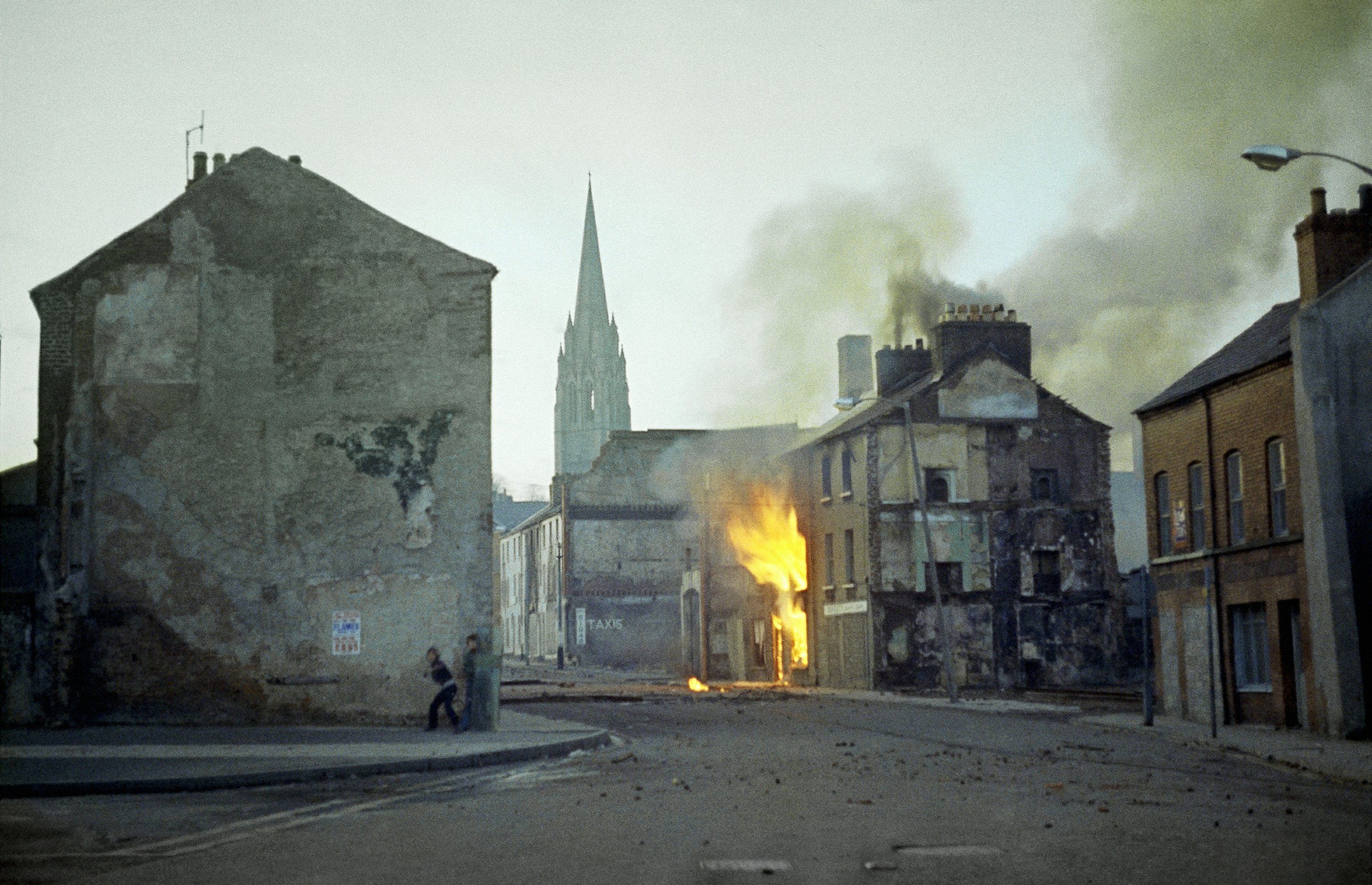 Time has not completely healed the hatred, distrust and fear of those caught up in the decades-long conflict that killed more than 3,700 people and largely ended with the 1998 peace accord. Now, Brexit’s intense focus on the future of the border between Northern Ireland and the Republic of Ireland has prompted worries of new violence.

Fears that the dark days of “The Troubles” could be back have been fanned by a recent explosion and hijackings in Northern Ireland’s second largest city, Londonderry — also known as Derry. The New IRA (Irish Republican Army) is suspected in the violence.

Also not helping: Northern Ireland’s power-sharing government has been suspended for two years because of a dispute between the main Protestant and Catholic political parties.

Here’s a look back at the conflict that engulfed Northern Ireland and spilled into Britain’s mainland, the peace that followed and the possibility that the tinderbox might ignite again.

Northern Ireland’s six counties are part of the United Kingdom. Most of its Catholics, historically discriminated against, sought unity with the Republic of Ireland to the south. They became known as Nationalists, or Republicans. Most Protestants insisted on remaining in the union, and became known as Unionists, or Loyalists.

The British Army, initially deployed to protect Catholic communities from Protestant attacks in the 1960s, was quickly perceived as an occupation force by the Republican communities it was supposed to protect. The 1971 mass arrests and internment of people suspected of having IRA connections cemented this view.

The IRA launched a bombing campaign at home and in mainland Britain, targeting civilians in pubs and shops as well as military targets. The Ulster Volunteer Force and Ulster Defence Association, Protestant paramilitaries, were also responsible for a series of assassinations and atrocities. Paramilitaries on both sides also engaged in extortion and racketeering against their own communities.

Of all the events, Bloody Sunday is the one that still resonates today: British soldiers killed 14 unarmed Catholic protesters in Londonderry in 1972. The IRA, in turn, was widely condemned for the Enniskillen Remembrance Sunday bombing that killed 11 people in 1987.

And there were some high-profile victims of the conflict: Bobby Sands, the iconic IRA hunger-striker died in prison in 1981; Queen Elizabeth’s cousin, Admiral of the Fleet Louis Mountbatten, was assassinated by the IRA in 1979; Margaret Thatcher narrowly escaped the same fate when the IRA bombed the hotel being used by her Conservative Party in Brighton in 1984, killing five people.

Until 1994, the British government banned the voices of several Republican leaders, including Gerry Adams and Martin McGuinness, from being broadcast on television and radio — actors would be used instead. It was a bizarre practice that had underlined the ingrained suspicion and distance to any peace accord as the violence continued relentlessly into the last decade of the 20th century.

In December 1993, British Prime Minister John Major and his Irish counterpart, Albert Reynolds, announced the Downing Street Declaration, which outlined their approach to restoring peace based on consensus of all involved.

This led to the Good Friday Agreement in 1998, which set in place a historic power-sharing assembly that took over some of the decision-making powers from London. The agreement also reduced the British military’s operations in Northern Ireland.

Seeing once intractable enemies from the Republican Sinn Fein, the IRA-linked party, and Democratic Unionists at the same table with then British Prime Minister Tony Blair captured a new era of hope, uneasy as it was.

BREXIT AND WHAT THE FUTURE MAY HOLD

The prospect of restoring a hard border between Ireland and Northern Ireland once Britain leaves the EU has raised fears of a return to the old reality where British army checkpoints, shootings, bombings and gun-smuggling were the norm. Now, people and goods flow freely from one to side to the other, greatly adding to stability, trade and economic growth.

Some in Britain’s Conservative Party have bristled at Dublin’s sway in the European Union and ability to veto any deal that allows a hard border to re-emerge.

Theresa May’s office has dismissed reports that the prime minister was thinking of revisiting the terms of the Good Friday agreement. However, May has said that she wants more talks on the “backstop,” which proposes to keep the U.K. in a customs union with the EU to avoid checks on the Irish border. It is meant as a temporary measure that would last until a permanent solution is found. But pro-Brexit U.K. lawmakers fear Britain could become trapped in it, indefinitely bound by EU trade rules.

There are groups who will look to capitalize on the ongoing uncertainty. But those who would seek to derail Northern Ireland’s hard-fought road to stability, normality and some prosperity are unlikely to ever gain the type of grassroots support they did when the conflict raged.