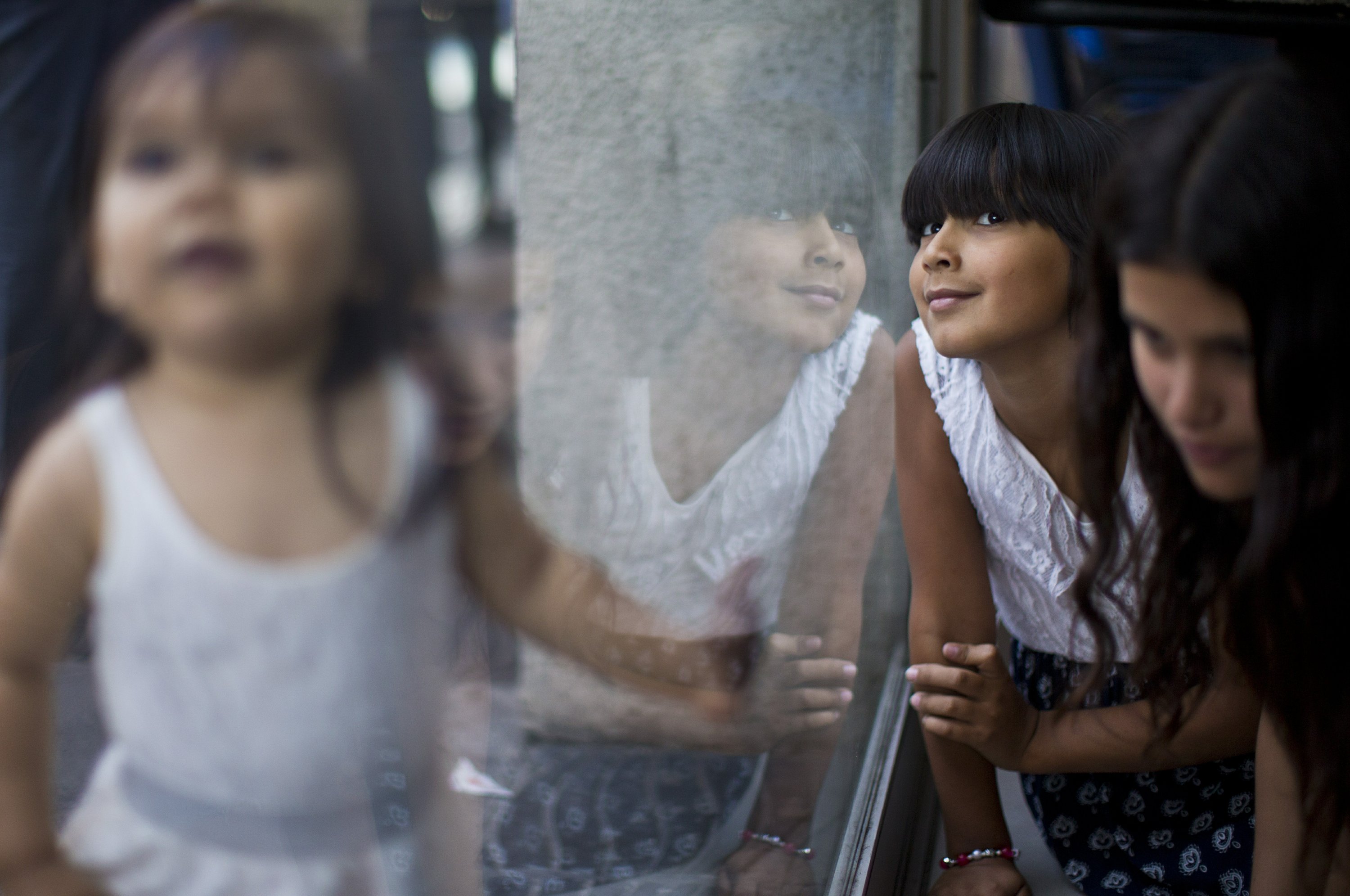 SANTIAGO, Chile — Growing up as a transgender child in Chile, Angela was so desperate to escape the physical and verbal abuse from other students at her elementary school that she thought about taking her own life.

“I just wanted to die,” said the now 16-year-old. “I didn’t want to exist, because what they did to me made me feel awful.”

After suffering years of discrimination, Angela and some 20 other transgender minors aged 6 to 17 have found hope at Latin America’s first school for trans children . The institution, founded by the Chile-based Selenna Foundation that protects their rights, is a milestone in a country that was so socially conservative that it only legalized divorce in 2004.

In recent years, the families of trans children have demanded greater acceptance — a call that recently led to the approval of a law that allows people over the age of 14 to change their name and gender in official records with the consent of their parents or legal guardians.

Activists and parents of transgender children say that’s the stage of childhood or pre-adolescence when children discover that their gender does not correspond to their body.

A 2016 report by UNESCO said that in Latin America, as in the rest of the world, violence against sexual orientation or gender identity in schools wreaks “havoc on the development of the affected people, school coexistence, academic performance and, consequently, their permanence in school.”

Chile has slowly shifted its conservative stands on social issues. In 2012, it passed an anti-discrimination law and in 2017, it ended its absolute ban on abortion, legalizing it in when a woman’s life is in danger, a fetus is not viable and in cases of rape. The shift has been accelerated by a clerical sex abuse scandal.

The school was launched in 2017 as a way to help families of trans children, who often skip classes or even fail to finish their studies as result of discrimination, said Selenna Foundation President Evelyn Silva. Classes began in April 2018 in a space loaned by a community center in the Chilean capital of Santiago. Courses include math, science, history and English, as well as workshops on art and photography.

Since its start, school attendance has grown from the original five students to 22 in December, and six more have already enrolled in the new year. Students are assigned to one of two classrooms based on age.

“I’m happy here because there are many other kids just like me,” said Alexis, a 6-year-old student, who also said that he was constantly bullied at his previous school.

Teachers work pro bono, but all other expenses for the school’s first year were funded by Silva and school coordinator Ximena Maturana out of their personal savings. Starting in March, families will have to pay about $7 a month for each child.

“We try to reduce the costs to the minimum (for families) so that they don’t say that (kids) are not attending because they don’t have pencils, and it becomes a reason to leave school,” Silva said.

Despite the lack of resources, the foundation has started a summer school that offers dance and other workshops for about 20 children, including some who are not attending the school.

Although space is limited, parents say students have regained their confidence: They seem happier, more relaxed and eager to participate in class.

″(My son) was losing his identity, he was getting ashamed of being transgender because he felt that he didn’t fit in,” said Alexis’ father, Gabriel Astete. “He was being forced to go to the boys’ bathroom when he wanted to go to one for girls. His self-esteem was very low at the traditional school.”

Students agreed that the school has helped them fully embrace their identity.

“I feel free and happy here,” said Felipe, 15. “The environment is very good. Everyone who arrives is simply accepted.”