Los Angeles teachers head back to school after reaching deal 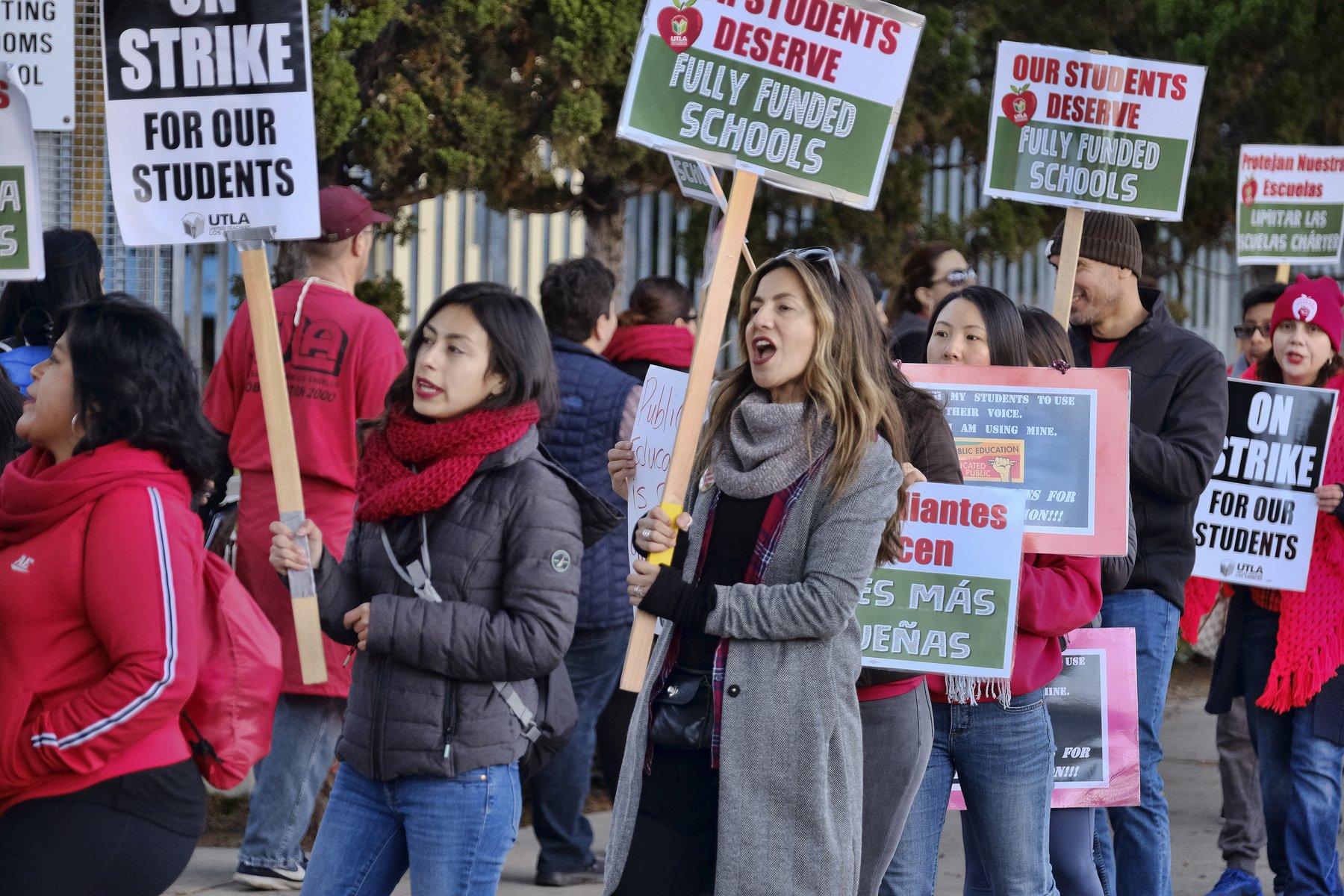 LOS ANGELES — Tens of thousands of Los Angeles teachers planned to return to work Wednesday after voting to ratify a deal between their union and school officials, ending a six-day strike in the nation’s second-largest district.

“I voted ‘yes,’ to approve,” said second-grade teacher Wendy Perez. “I think the union negotiated in good faith, and I’d like to believe the district did too.”

A crowd of teachers roared its approval after the tentative deal was announced at City Hall following a 21-hour bargaining session.

“A vast supermajority are voting ‘yes’…therefore, ending the strike and heading back to schools tomorrow,” he said.

Mayor Eric Garcetti, accompanied by leaders of United Teachers Los Angeles and the LA Unified School District, called it an “historic agreement” that will usher in a “new day” for public education in the city.

The deal came as teachers in Denver voted to go on strike as soon as next Monday. More than 5,000 educators would be affected. The main sticking point is increasing base pay and lessening teachers’ reliance on one-time bonuses for having students with high test scores or working in a high-poverty school.

In Oakland, California, some teachers called in sick last week as part of an unofficial rally over their contract negotiations, which also hinge partly on a demand for smaller class sizes.

Teachers hoped to build on the “Red4Ed” movement that began last year in West Virginia and moved to Oklahoma, Kentucky, Arizona, Colorado and Washington state. It spread from conservative states with “right to work” laws that limit the ability to strike to the more liberal West Coast with strong unions.

In Los Angeles, thousands of boisterous educators and their supporters cheered as the tentative contract agreement was announced earlier in the day.

The deal includes a 6 percent pay hike and a commitment to reduce class sizes over four years, according to statements from the district and the union.

It will also add more than 600 nursing positions over the next three school years, which pleased Perez. Teachers had complained that some schools only had a nurse on campus one day a week, she said.

“It was a matter of time before a student got very sick, with no nurse around,” said Perez. “We’ve got kids with peanut allergies, asthma, diabetes. We need nurses.”

Additional counselors and librarians are also part of the planned increase in support staff.

The new contract also eliminates a longstanding clause that gave the district authority over class sizes, officials said. Many schools will see a class size reduction of about four students in three years — though 90 high-needs campuses will see six fewer students per class during that time.

Those reductions were the main reason teacher Charles Pak voted to ratify — but he said he was happy with the deal as a whole.

“We got almost everything we asked for, just about,” said Pak, who teaches 8th grade English. “So I think the strike was positive overall.”

District Superintendent Austin Beutner said he was delighted the deal was reached. But he hinted that financial challenges remained.

“The issue has always been how do we pay for it?” Beutner said. “That issue does not go away now that we have a contract. We can’t solve 40 years of underinvestment in public education in just one week or just one contract.”

Under the agreement, the district, the union and the mayor’s office will work jointly to “advocate for increased county and state funding” for Los Angeles schools, according to the UTLA summary.

The Board of Education was expected to move quickly to ratify the deal, which would expire at the end of June 2022.

Kelly Maloney said students at the downtown Los Angeles high school where he teaches English told him they’re ready to return to normal after spending a week in large groups supervised by small numbers of substitute teachers.

“They’re bored,” he said of his 12th grade pupils. “Going back is going to be a big transition for everyone— students, administrators, teachers.”