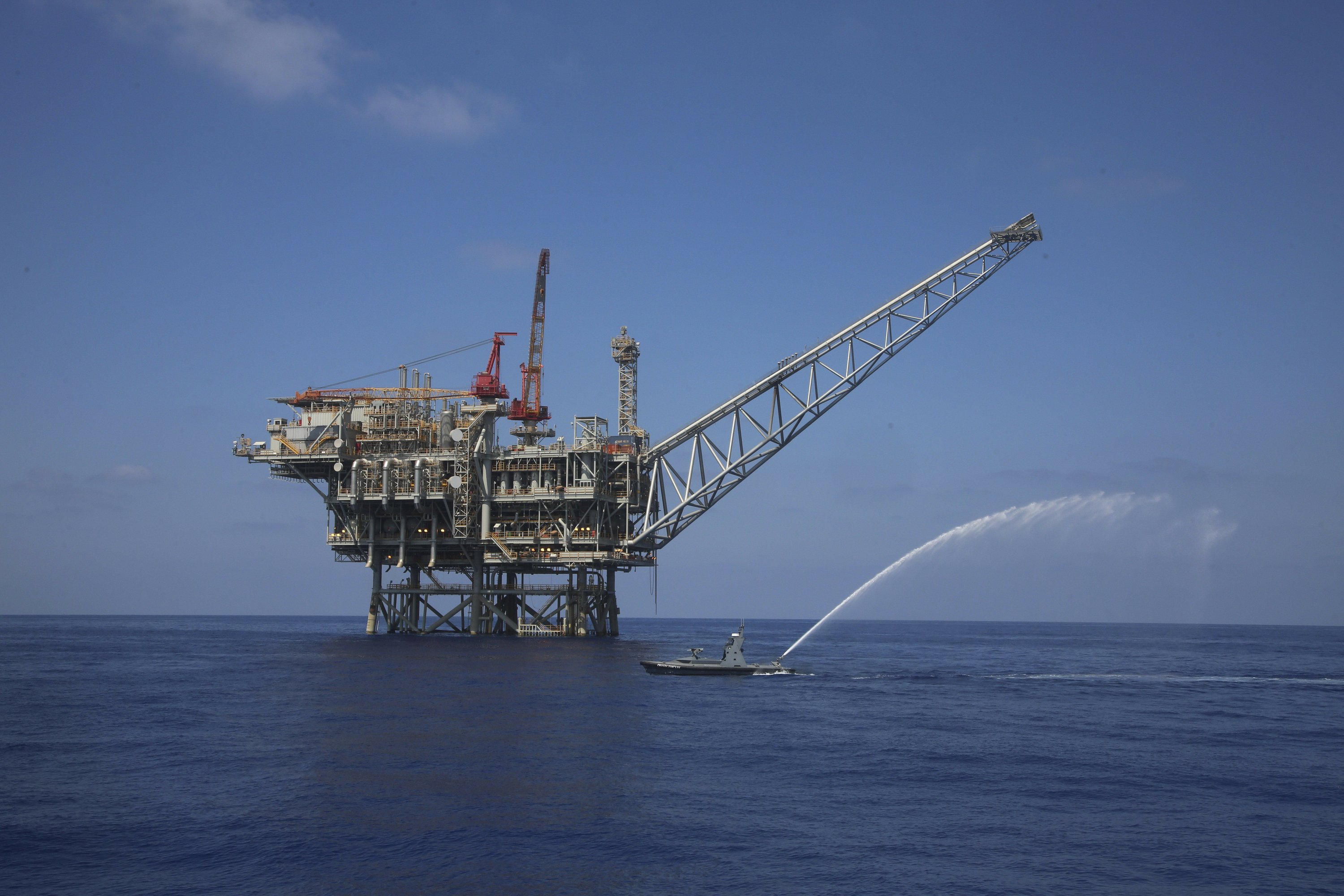 JERUSALEM — A decade after discovering natural gas fields off its Mediterranean coast, Israel is starting to feel the geopolitical boost.

Its newfound riches have fostered economic bonds with its neighbors, tightening relations with Arab allies, and built new bridges in a historically hostile region — even without significant progress being made toward peace with the Palestinians.

Last week’s inclusion of Israel into the Eastern Mediterranean Gas Forum in Cairo — a consortium aiming to cut infrastructure costs and lower prices — marked the first time Arab countries accepted the Jewish state into such a regional alliance, sparking excitement in Israel that its long-held hope of finally also making “economic peace” with Egypt and Jordan was fast approaching.

“I think this is the most significant economic cooperation between Egypt and Israel since the signing of the peace treaty 40 years ago,” Israeli Energy Minister Yuval Steinitz told The Associated Press during his visit. “We can clearly see that the discovery of significant gas fields in the eastern Mediterranean has also political value because it brings all of us … together to cooperate with each other.”

The forum, which also includes Cyprus, Greece, Italy and the Palestinian Authority, aims to emerge as a mini-OPEC of sorts and highlights how Israel has been leveraging its newfound gas reserves into a powerful tool to expand its immersion into a region that has increasingly come to see Iran and Turkey, rather than Israel, as their greatest rivals.

With the expected gas boon, Israel plans to wean itself off coal and emerge as an unlikely energy exporter — providing both an economic and political lift.

In the coming months, Israel will begin exporting gas to Egypt as part of a $15 billion deal signed last year to provide 64 billion cubic meters of gas over a 10-year period that will help turn Egypt into a regional energy hub.

The first batches will come from the operational Tamar field and later from the far larger Leviathan field, which is set to go online later this year. Israel already delivers gas to the Palestinians and to Jordan, with whom Israel’s Delek Drilling and its U.S. partner, Noble Energy, signed their first export agreement in 2016 — a $10 billion, 15-year deal to provide 45 billion cubic meters of gas.

“This gives Israel an additional element to its relations with its neighboring countries. When you add an economic facet to the security cooperation it strengthens the bond and gives it stability,” said Oded Eran, a former Israeli ambassador to Jordan and to the European Union, and a senior researcher at Tel Aviv’s Institute of National Security Studies. “This has geo-strategic ramifications.”

Still, he said that economic interests alone were not enough to fully integrate Israel into the Middle East. Arab nations without formal peace accords with Israel would need to see at least some progress on the Palestinian front before normalizing relations with Israel, he said.

Israel has peace agreements with only two Arab countries — Egypt and Jordan. But warming ties with Israel remain unpopular on much of the Arab street, and the gas exports have sparked sporadic protests in Jordan. The Palestinians themselves are also pleased at being invited into the consortium. They are hoping to develop their own gas fields off the coast of Gaza, but for now are required by international agreements to acquire their fuel from Israel.

Sameer Abdallah, a former Palestinian economy minister, said they import from Israel “because we have no alternative but once we can change that of course we will.”

Regardless, the gas has helped Israel grow closer to the Arab governments that share its concern over the rising threat of Iran in the region. It has had a similar effect in tightening Israel’s alliances with Mediterranean countries that also have rocky relations with Turkey.

Just as Noble Energy was discovering the massive gas fields in Israeli and Cypriot waters, Cyprus in 2010 suddenly banned Turkish flotillas seeking to break the Israeli naval blockade of Gaza from using its shores.

It marked a stunning about-face after months of turning a blind eye to ships that were creating a diplomatic nightmare for Israel. Cypriot officials said at the time that Gaza-bound vessels were prohibited from leaving because of “vital national interests.”

Relations have since soared. Israel now holds annual trilateral summits with Greece and Cyprus, which have become its geographical conduits to the West. The two countries also conduct joint military operations with Israel, and just a short flight away, have replaced Turkey as the Israelis’ preferred holiday destinations.

The countries recently said they would sign an agreement for a $7 billion project to build a pipeline to carry natural gas from the eastern Mediterranean to Europe.

“The discovery of hydrocarbon reserves in the Eastern Mediterranean was the trigger of the trilateral cooperation mechanisms, fully recognizing that energy security is vital for the political and economic stability of our countries,” said Cyprus Foreign Minister Nikos Christodoulides. “I am personally convinced that hydrocarbons in the Eastern Mediterranean can become what the coal and steel was for the European community.”

Eran, the former Israeli diplomat, cautioned against investing so heavily in what he called “an economic adventure” that was unsure to come to fruition. Even with the recent discoveries, he said the joint reserves were still not enough to create a strong enough economic lever to challenge global energy providers.

Still, the upside of finally having natural resources of its own has been so appealing that the Israeli government has been pushing forward even against stiff domestic opposition from environmental and social welfare activists.

Critics, including prominent opposition lawmakers, say a controversial 2016 agreement over royalties skewed in favor of the energy tycoons and more recently, local activists have been urging Noble Energy to move its proposed shoreline gas rig farther out to sea for fear of what they call the catastrophic consequences of spreading toxic water and air pollution toward their homes.

Noble and the Israeli government call it an irresponsible scare campaign and have countered with an aggressive ad campaign extolling the virtues of Leviathan, which it has dubbed “the national project.”