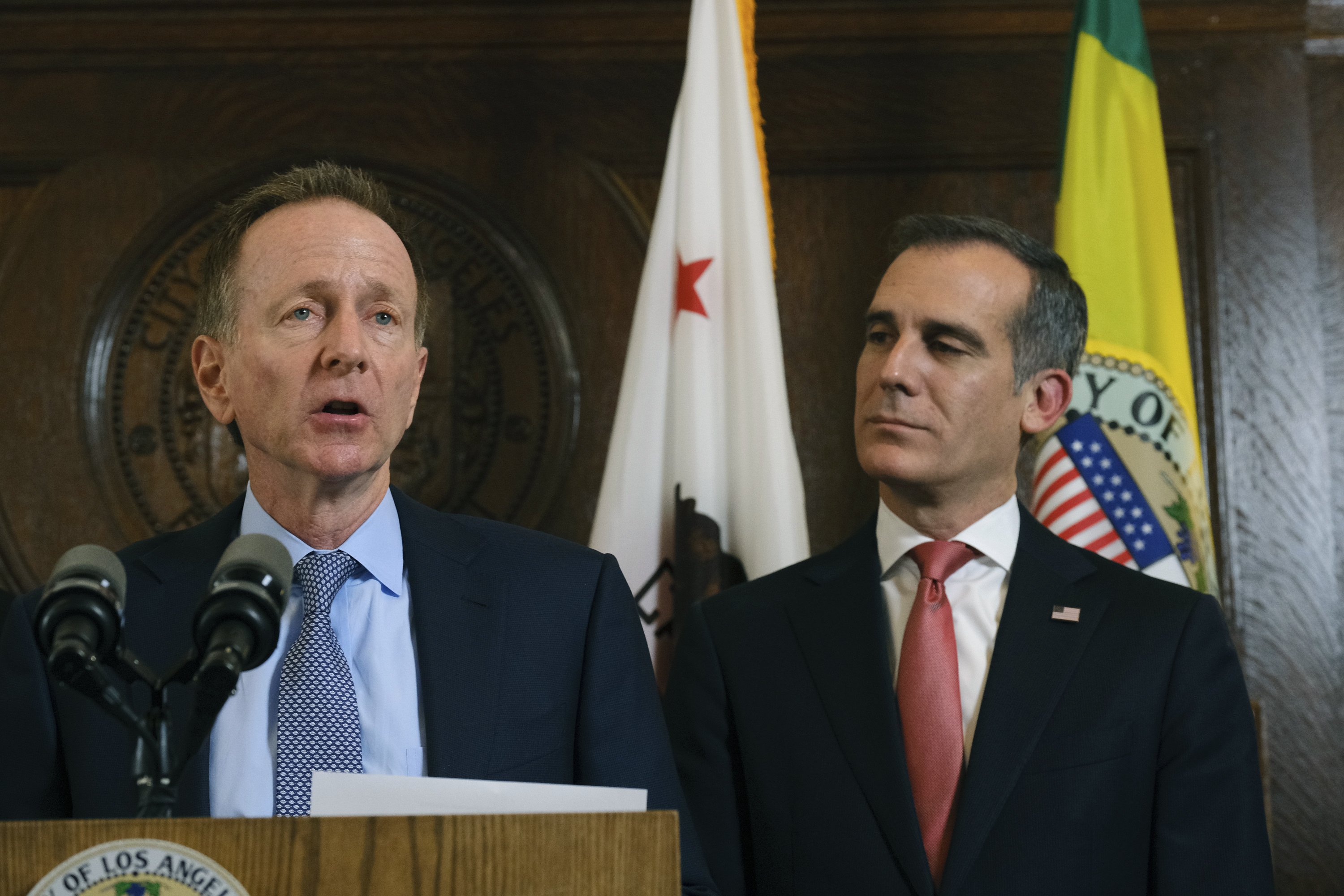 LOS ANGELES — A tentative deal was reached Tuesday between Los Angeles school officials and the teachers union that will allow educators to return to classrooms after a six-day strike against the nation’s second-largest district, officials said.

“I’m proud to announce that pending approval by the teachers represented by UTA and educational professional and this Board of Education we have an agreement that will allow our teachers to go back to work on the campuses tomorrow,” Garcetti said.

The agreement was broadly described by officials at the press conference and details were promised to be released later.

“I’m delighted we’ve reached an agreement with UTLA that provides teachers with a well-deserved salary increase, that will reduce class size, and add more support to our students and educators in schools including librarians, nurses and counselors,” said district Superintendent Austin Beutner.

Talks resumed Thursday at Garcetti’s urging. The mayor does not have authority over the Los Angeles Unified School District but he sought to help both sides reach an agreement after nearly two years of fruitless talks that led to the walkout.

Clashes over pay, class sizes and support-staff levels in the district with 640,000 students led to its first strike in 30 years and prompted the staffing of classrooms with substitute teachers and administrators. It followed teacher walkouts in other states that emboldened organized labor.

Negotiations broke down in December and started again this month. The union rejected a district offer on Jan. 11 to hire nearly 1,200 teachers, counselors, nurses and librarians and reduce class sizes by two students.

Teachers hoped to build on the “Red4Ed” movement that began last year in West Virginia and moved to Oklahoma, Kentucky, Arizona, Colorado and Washington state. It spread from conservative states with “right to work” laws that limit the ability to strike to the more liberal West Coast with strong unions.