The Latest: Trump urges Republicans to ‘stick together’ 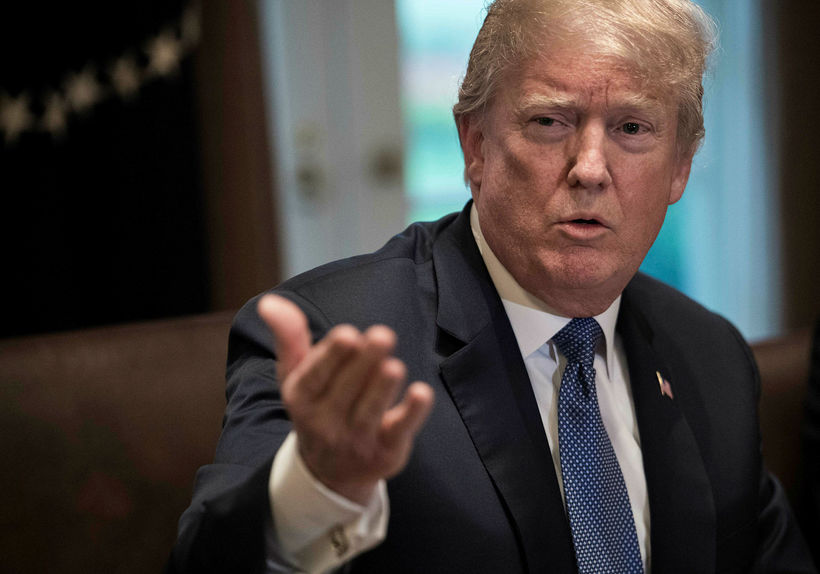 WASHINGTON — The Latest on the partial government shutdown (all times local):

President Donald Trump is urging state and local Republican leaders to “stick together” on his border wall demands.

Trump held a conference call with state, local and community leaders Wednesday on the 33rd day of the partial government shutdown. During his remarks, Trump said he would not back down in his push for $5.7 billion for a wall along the U.S.-Mexico border, calling it the “right policy.”

The president also acknowledged there was “pressure” due to the shutdown, but argued it was worse for Democrats. Trump said “I think there’s more pressure on them than there is on us.” Polls show Trump gets most of the blame for the shutdown.

Trump said: “We need this approved. We have to stick together.”

A top White House economist says near-zero growth is possible in the first quarter if the government doesn’t fully reopen before the end of March.

But Kevin Hassett, chairman of the Council of Economic Advisers, predicts a “humongous” rebound in the second quarter if the shutdown ends.

Hassett told CNN on Wednesday that “we could end up with a number that’s very, very low” for January to March after the effects of an extended shutdown are factored into what typically is a weak first-quarter economic growth report.

Pressed on whether that could mean no growth, Hassett said the number could be “very close to zero.”

A stalemate between President Donald Trump and Democratic lawmakers over funding a U.S.-Mexico border wall has produced the longest partial government shutdown in U.S. history, now on Day 33.

House Democrats are considering drafting a new proposal to provide President Donald Trump with options for securing the border that don’t involve a wall between the U.S. and Mexico.

No final decisions have been made, according to a senior Democratic aide who spoke on condition of anonymity because the aide wasn’t authorized to discuss the lawmakers’ private discussions on the record.

The proposals are likely to be drafted into a sweeping Homeland Security bill.

Democratic Rep. Hakeem Jeffries of New York said Wednesday that personnel, technology and other options “are the things that would actually improve our border security.”

Already, House Democrats have added $1.5 billion for border security to legislation being voted on this week. The funding would go toward immigration judges, bolstered infrastructure and aid to Central American countries.

The White House isn’t saying whether President Donald Trump will veto a bill that’s in the Senate to reopen the government through Feb. 8 while negotiations continue over his demand for a U.S.-Mexico border wall.

Sanders declined on Wednesday to “get into hypotheticals” over the bill, which has been passed by the Democratic-controlled House and is due for a vote Thursday in the Republican-led Senate.

Sanders says Trump put forward a plan that doesn’t kick the problem down the road.

She was referring to a bill also set for a Senate vote Thursday reflecting Trump’s offer to trade border wall funding for temporary protection for some immigrants. Democrats have rejected the plan. Trump says a border wall is non-negotiable.

Two different votes are set in the Republican-controlled Senate with the aim to end the partial government shutdown.

One vote Thursday will be on a bill reflecting President Donald Trump’s demand for border wall funding in exchange for temporary protections for some immigrants.

A second vote is set for a measure already passed by the Democratic-controlled House to reopen the government through Feb. 8. It doesn’t allow money for a border wall but gives bargainers more time to talk.

Neither bill is expected to advance under Senate rules requiring at least 60 votes.

Senate Democrats have dismissed Trump’s proposal, and it’s unclear whether Senate Republicans will back Trump’s insistence that the government remain closed until lawmakers allocate $5.7 billion for his long-promised border wall with Mexico.