Trump wants to deliver State of Union next week as planned 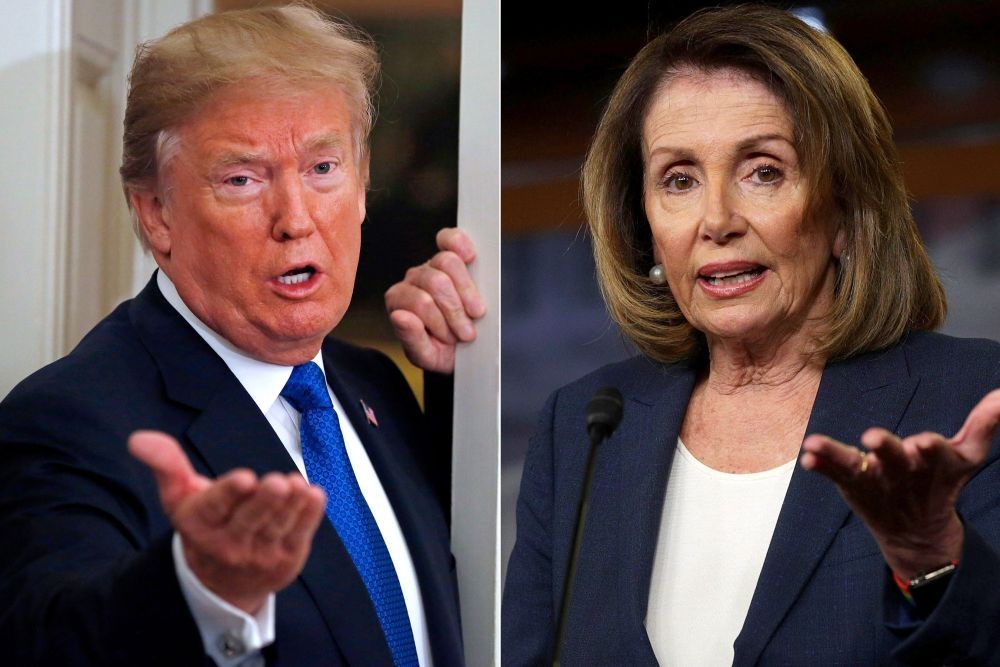 WASHINGTON — President Donald Trump made clear Wednesday that he intends to deliver his State of the Union speech to a joint session of Congress next week, telling House Speaker Nancy Pelosi in a letter that there are no security concerns stemming from the government shutdown and “therefore I will be honoring your invitation.”

Pelosi had asked Trump to postpone the Jan. 29 address. But Trump wrote back: “It would be so very sad for our Country if the State of the Union were not delivered on time, on schedule, and very importantly, on location!”

Trump’s letter is the latest move in a game of brinkmanship between Trump and the House speaker as they remain locked in an increasingly personal standoff over Trump’s demand for border wall money that has forced a partial government shutdown that is now in its second month.

The maneuvering began last week when Pelosi sent a letter to Trump suggesting that he either deliver the speech in writing or postpone it until after the partial government shutdown is resolved, citing security concerns. But she stopped short of denying him the forum. Now the White House, in essence, is calling her bluff.

“She has not canceled it,” White House spokesman Hogan Gidley told Fox News. “She asked us to postpone it.”

He added: “Nancy Pelosi does not dictate to the president when he will or will not have a conversation with the American people.”

She does have a say, though, on where he has that conversation.

The president cannot speak in front of a joint session of Congress without both chambers’ explicit permission. A resolution needs to be approved by both chambers specifying the date and time for receiving an address from the president. State of the Union speeches routinely are delivered in the House chamber.

The Republican leader in the House, Kevin McCarthy, said the address should be “in the House chamber as we have always done. This is not the time to play politics.”

But Democratic Rep. Hakeem Jeffries of New York said: “Unless the government is reopened, it’s highly unlikely the State of the Union is going to take place on the floor of the United States House of Representatives.”

Addressing the issue of security, Trump said he had been contacted by the Department of Homeland Security and the Secret Service to explain that there would be “absolutely no problem regarding security” for the State of the Union and “they have since confirmed this publicly.”

Officials have been considering potential alternative venues, including a rally-style event, an Oval Office address— as Pelosi previously suggested — a speech in the Senate chamber, and even a visit to the Mexican border. Multiple versions of the speech are being drafted to suit the final venue.

The Constitution states only that the president “shall from time to time give to the Congress Information of the State of the Union,” meaning the president can speak anywhere he chooses or give his update in writing.

But a joint address in the House chamber, in front of lawmakers from both parties, the Supreme Court justices and invited guests, provides the kind of grand backdrop that is hard to mimic and that this president, especially, enjoys.

Still, North Carolina’s House speaker, Tim Moore, has invited Trump to deliver the speech in the North Carolina House chamber. Michigan House Speaker Lee Chatfield has offered his state capitol. Trump spoke with both of them this week, according to Moore’s office and a tweet from Chatfield.

Pelosi in her letter questioned whether the Secret Service and Homeland Security Department could provide adequate security for the speech to Congress given that they are operating without money. Homeland Security Secretary Kirstjen Nielsen said both agencies are “fully prepared to support and secure the State of the Union.”

Trump countered Pelosi’s letter by revoking her use of a military aircraft, thereby canceling a congressional delegation visit to Afghanistan.

In their standoff, Trump has accused Pelosi of behaving “irrationally,” while Pelosi has refused to negotiate with Trump on money for his proposed border wall until he agrees to reopen the government.