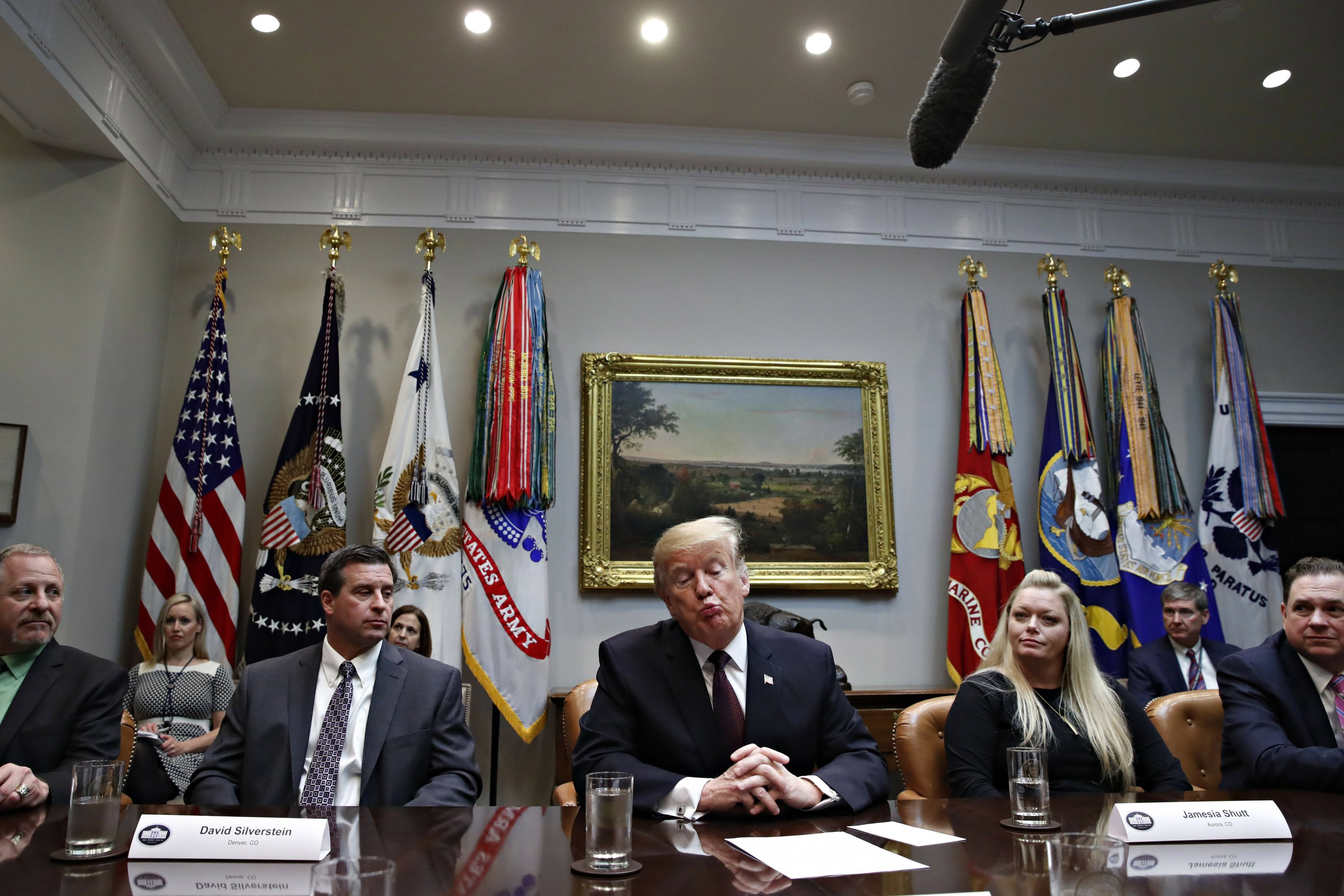 1. TRUMP YIELDS TO PELOSI, POSTPONES STATE OF THE UNION

The president concedes that “no venue can compete with the history, tradition and importance of the House Chamber” and that he’ll wait until the shutdown is over as the House speaker had demanded.

2. COMPETING BILLS IN SENATE TO END SHUTDOWN LIKELY TO FAIL

Republicans offer to end the 34-day stalemate with $5.7 billion for Trump’s wall and a revamping of immigration laws. Democrats want to open agency doors for three weeks while bargainers seek a budget accord.

3. HOW AMERICANS FEEL ABOUT SHUTDOWN

A strong majority fault Trump for the record-long government shutdown and reject his primary rationale for a border wall, an AP-NORC poll finds.

Opposition leader Juan Guaido is claiming to hold the presidency while socialist President Nicolas Maduro digs in for a fight with the Trump administration.

5. WHAT PONTIFF FACES IN PANAMA

Pope Francis arrives amid a political crisis in Venezuela, a migration standoff at the U.S.-Mexico border and tens of thousands of excited young Central Americans welcoming him.

Authorities do not yet have a motive after they say new resident Zephen Xaver, 21, opened fire inside a SunTrust Bank in the small town of Sebring.

A court orders Italy to pay the former U.S. student $20,000 for failure to provide legal assistance and a translator during questioning following the 2007 killing of her British roommate.

The unprecedented, yearslong quest would explore the Indian Ocean and document changes that could affect billions in the region over the coming decades.

9. BEWARE: ROBOTS ARE COMING FOR YOUR JOBS

A quarter of U.S. jobs will be severely disrupted as artificial intelligence accelerates the automation of existing work, a new report finds.

Defending U.S. Open champion Naomi Osaka will face Petra Kvitova for the title, and the winner also will move up to No. 1 in the WTA rankings for the first time.