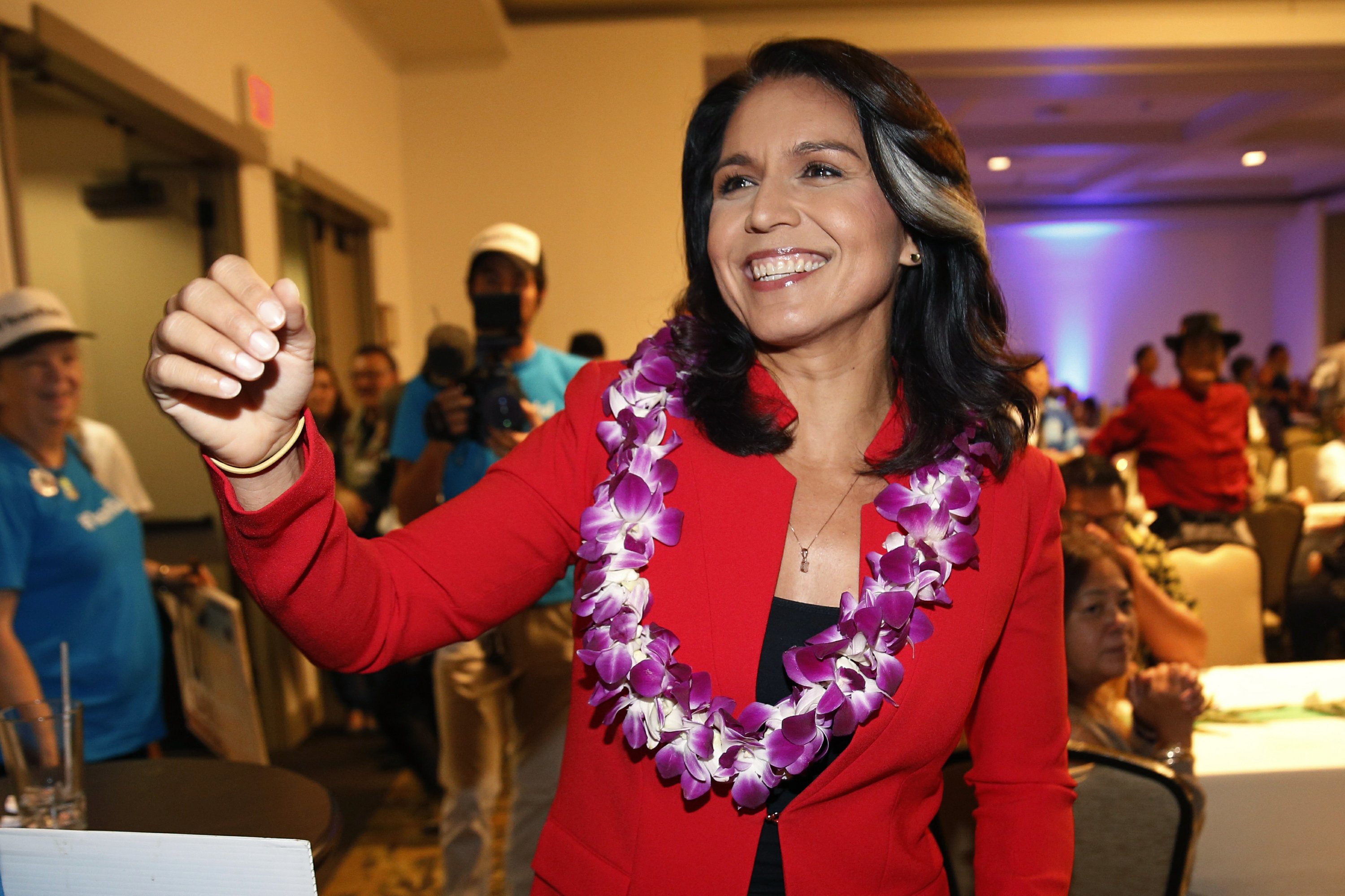 WASHINGTON — The early days of the Democratic primary campaign are highlighting the party’s diversity as it seeks a nominee who can build a coalition to take on President Donald Trump.

Of the more than half dozen Democrats who have either moved toward a campaign or declared their candidacy, four are women: Sens. Kirsten Gillibrand of New York, Kamala Harris of California and Elizabeth Warren of Massachusetts and Rep. Tulsi Gabbard of Hawaii. Harris is also African-American. Former Obama Cabinet member Julian Castro, who is Latino, has also joined the race.

And on Wednesday, Democrat Pete Buttigieg, the 37-year-old mayor of South Bend, Indiana, jumped into the campaign. If he wins the Democratic nomination, he would be the first openly gay presidential nominee from a major political party. He would also be the youngest person ever to become president if he wins the general election.

The diversity is likely to expand in the coming weeks as other Democrats enter the race. The field that’s taking shape follows a successful midterm election in which Democrats elected a historically diverse class of politicians to Congress, a pattern they’d like to repeat on the presidential scale. Neera Tanden, president of the liberal Center for American Progress Action Fund, hailed the Democrats’ multiple trailblazing candidates for reflecting that “the central opposition to Trump is around a vision of the country that’s inclusive of all Americans.”

“A lot of different people are going to see that they can be part of the Democratic Party” thanks to a field that showcases women, candidates of color, and the first potential LGBT nominee, Tanden said. The primary “hopefully will bring a lot of people into the process,” she added, recalling the high number of voters who engaged in a 2008 Democratic primary that featured a possible female nominee, Hillary Clinton, and the man who would become the first black president, Barack Obama.

The array of backgrounds was on display Wednesday when Buttigieg spoke in personal terms about his marriage.

“The most important thing in my life — my marriage to Chasten — is something that exists by the grace of a single vote on the U.S. Supreme Court,” Buttigieg told reporters. “So I’m somebody who understands — whether it’s through that or whether it’s through the fact that I was sent to war on the orders of the president — I understand politics not in terms of who’s up and who’s down or some of the other things that command the most attention on the news but in terms of everyday impacts on our lives.”

Gillibrand has put her identity as a mother at the core of her campaign, and Harris launched her campaign on this week’s Martin Luther King holiday, a nod to her historic bid to become the first black woman elected president.

A number of high-profile candidates remain on the sidelines, including two who would further bolster the diversity of the 2020 field: Sens. Cory Booker of New Jersey, who is black, and Amy Klobuchar of Minnesota. Booker, who’s widely expected to join the presidential fray in the coming days, visited the pivotal early-voting state of South Carolina this week for public events honoring King and private meetings with local activists.

Klobuchar is set to speak at the University of Pennsylvania on Thursday about her work on the Senate Judiciary Committee, where Booker and Harris also are members. The affable Midwesterner recently told MSNBC that her family “is on board” if she opts to run in 2020, though she’s offered little clarity about her timetable to announce a decision.

Though Klobuchar would be the fifth major female candidate in the Democratic primary, female candidates shouldn’t be shoehorned into a “narrative” dominated by their identity that excludes the policies they’re championing, said Virginia Kase, CEO of the League of Women Voters.

Kase pushed back at one popular 2018 narrative in a recent interview, noting that that “every year is the year of the woman — the reality is that we’ve always been major contributors” in the electoral process.

Rashad Robinson, executive director of the civil rights-focused nonprofit Color of Change, said in an interview that the diversity of the Democratic field is “a great thing and we should celebrate it,” adding, “Our work is always about changing the rules — changing the rules of who can run and who can rule and who can lead is incredibly important.”

But in addition to those “unwritten rules,” Robinson pointed to the urgency of changing the “written rules” of American life, adding that “diversity alone does not mean structures and policies and practices that have held so many back will change” overnight.

Meanwhile, three white male candidates who could scramble the race — former Vice President Joe Biden, Sen. Bernie Sanders of Vermont, and former Texas Rep. Beto O’Rourke — are still weighing their own presidential plans. Biden addressed a key vulnerability in his potential candidacy this week by publicly airing regret about his support for a 1994 crime bill that’s had particularly negative effects on African-American communities, while Sanders built his own new connections to black voters during a trip to South Carolina.

As Biden mulls a run for president, his allies have been sending supporters a memo that could serve as a rationale for a campaign. The memo hails Biden’s long track record in politics and argues that at a time of “unprecedented political chaos” during Trump’s administration, Biden would offer “trustworthy, compassionate leadership.”

O’Rourke, for his part, continues to gauge his future amid pundits’ criticism about blog posts he published during a recent road trip through multiple states. The 46-year-old Texan acknowledged that he’s been “in and out of a funk” following his departure from Congress after losing a high-profile Senate race in November, sparking questions about the luxury of his indecision given the family wealth and network of passionate backers he can lean on.

As the Democratic field is poised to become more diverse, Republicans say Trump will run for re-election based on his record.

“The American people are better off now than they were two years ago because of President Trump’s policies,” said Republican National Committee spokeswoman Blair Ellis. “GDP and wages are up, unemployment has hit record lows, and industries across this country are thriving. These are the credentials the American voters want from their president and President Trump is the only person who can run on these results.”