Q&A: A look at what happens when drones get near airports 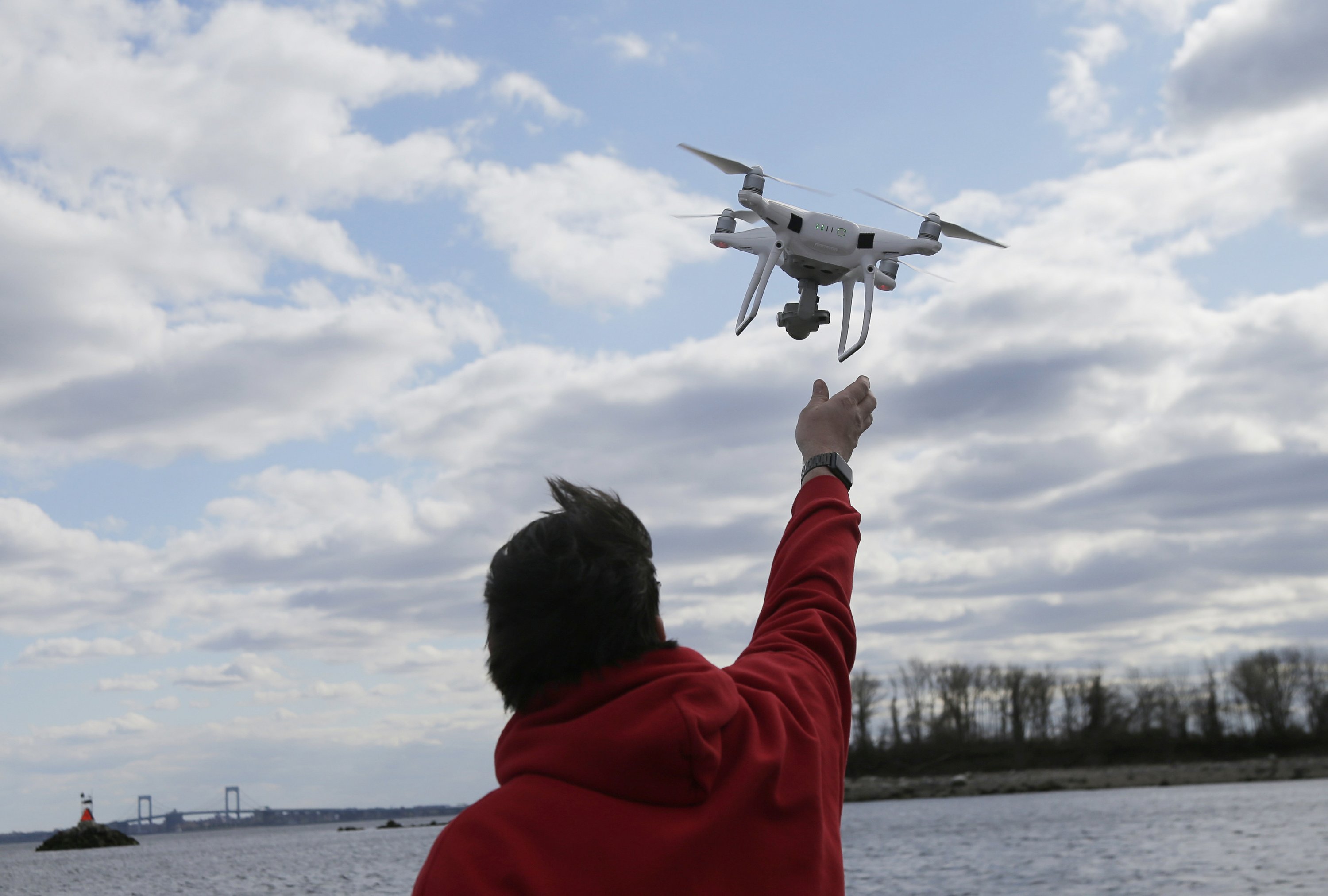 The ability of drones to interfere with airliners — and inconvenience their passengers — has now been demonstrated on two continents, and the problem is likely to get worse as the number of small, unmanned devices multiply.

Law enforcement authorities are trying to figure out who flew a drone so high and so close to Newark Liberty International Airport that incoming flights were held up briefly during a peak hour at one of the nation’s busiest airports.

Flights resumed within about 30 minutes — much more quickly than after a similar incident last month at London’s Gatwick Airport.

Here are some common questions readers have about these incidents and brief answers.

WHAT HAPPENED IN NEW JERSEY?

The pilots of both a Southwest Airlines flight and a United Airlines flight reported seeing a drone around 3,500 feet (1,000 meters) above Teterboro, New Jersey, about 9 miles (15 kilometers) from the Newark airport, on Tuesday.

As a precaution, the Federal Aviation Administration held up 43 flights already in the air and bound for Newark; nine landed instead at other airports. Another 170 Newark-bound planes were briefly delayed on the ground before taking off from other airports around the country.

No video of the reported drone has surfaced.

WHO WAS OPERATING THE DRONE?

Authorities have not determined that. The FAA alerted New Jersey State Police and the FBI.

CAN WE BE SURE THERE WAS A DRONE?

Some drone operators are skeptical about a drone reported at 3,500 feet and whether pilots in a fast-moving jet could accurately identify such a tiny object.

Vic Moss, a founder of Drone U, a drone-operator school based in Albuquerque, New Mexico, said many consumer drones are restricted from going that high, although home-built devices or older drones are not. There are, however, videos online showing drones at such altitudes.

“It’s possible, but it’s just incredibly unlikely that it was an actual drone,” Moss said. “Drones are the new UFO.”

WHAT HAPPENED IN LONDON?

In mid-December, hundreds of flights were canceled and more than 100,000 people were stranded or delayed over two days after reports of drones spotted near the runway at Gatwick Airport, a major international hub.

A few days later, police arrested two men living near the airport but later cleared them, and no other suspects have been identified. Police also said that two drones found near the airport were not involved in the disruption.

WHY IS THIS HAPPENING?

If the intrusions in New Jersey and London were deliberate, the motives are not clear. Officials in London said there was no indication that the Gatwick incident was terror-related. A criminal investigation has been opened into the Heathrow incident.

WHAT ARE THE LAWS ABOUT FLYING DRONES NEAR AIRPORTS?

Federal rules forbid operating a drone within 5 miles (8 kilometers) of most airports or above 400 feet (120 meters) without a waiver from the FAA.

Devices from the biggest maker of consumer drones, DJI, include so-called geofencing — technology designed to prevent the aircraft from taking off near an airport. A drone that is launched properly but enters a no-fly zone will return to its launch site and land by itself.

However, many drones offered for sale don’t include such restrictions: They have no GPS or geofencing.

Yes. There are online discussions in which drone operators talk about hacks, but they involve some level of technological sophistication.

“The geofences (from manufacturers like DJI) are in place, but in some cases they can be defeated — it’s not easy,” said Tom Kilpatrick, a drone pilot who founded a drone company in Oklahoma. “They are designed to prevent the average drone operator from flying near an airport.”

Home-built drones would likely not have those same safety features.

WHAT’S BEING DONE TO PREVENT DRONES FROM INTERFERING?

DJI says it has developed technology to track nearby drones — their flight path and the operator’s location — using mobile, ground-based units.

The technology is currently only used to identify other DJI drones, not home-built devices, although drone experts said they believe DJI already has the ability to expand it to track machines made by other manufacturers.

WHAT ARE AIRPORTS DOING?

The Port Authority of New York and New Jersey, which operates the Newark airport, said in a statement that agency officials met last week with counterparts from the FAA, FBI and Homeland Security Department “to review and enhance protocols for the rapid detection and interdiction of drones.” A spokesman would not provide specifics and declined to say whether the airport has any anti-drone technology.

After the Gatwick incident, British officials said they have deployed drone-defense equipment at other U.K. airports, although they gave few details.

ARE TOUGHER RULES IN THE WORKS?

Late last year, Congress gave the Homeland Security and Justice departments authority to develop and deploy a system to identify drones and disable — even destroy — drones that authorities consider a threat.

FAA spokesman Greg Martin said any such system has to be designed carefully so that it doesn’t interfere with navigation equipment used by planes.