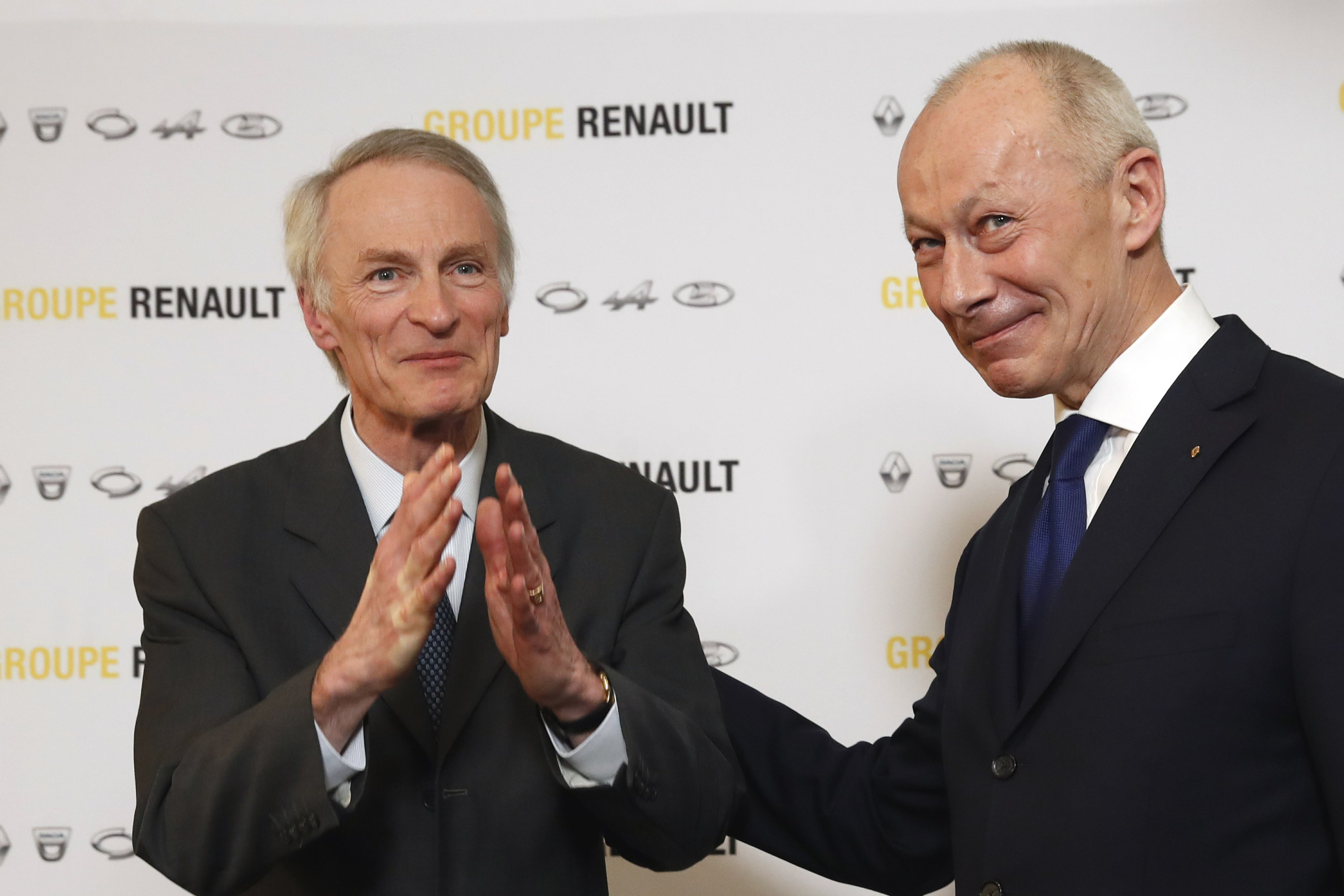 PARIS — The board of French carmaker Renault on Thursday named two new leaders to replace industry veteran Carlos Ghosn, who resigned after weeks of detention in Japan.

The board chose Jean-Dominique Senard of Michelin to be chairman and Renault executive Thierry Bollore as CEO. Ghosn previously held both posts.

In a statement, the board expressed “its confidence in the new leadership” and wished it “every success in its mission.”

France’s finance minister, Bruno le Maire, had confirmed earlier that Ghosn formally handed in his resignation from his roles at Renault on Wednesday evening.

Ghosn has been detained for more than two months in Japan, keeping him from fulfilling his duties at Renault.

“Our goal from the beginning of this case has always been to preserve Renault’s interests and consolidate the alliance between Renault and Nissan,” Le Maire said. “The necessary decisions have been made.”

Le Maire said Renault’s new chairman will work to strengthen the Renault-Nissan alliance, which had been long driven by Ghosn and now faces questions over its future.

Senard had been at the helm of French tire giant Michelin for almost seven years. He was recently described by Le Maire as “a great industrialist” with a “social vision” of business.

Bollore, who joined Renault in 2012, was appointed deputy chief executive officer of the group last November as part of the transitional leadership after Ghosn’s arrest in Japan.

Senard said he had two major priorities: to “propose new governance for the group” in the coming weeks and to ensure that the link between Renault, Nissan and Mitsubishi “remains strong.”

Nissan’s Chief Executive Hiroto Saikawa welcomed Renault’s new leadership. He told reporters at Nissan’s headquarters in Yokohama, southwest of Tokyo: “This is a first step as we turn a page in the alliance.”

The company will also be taking steps in April and May to beef up governance at Nissan, he said.

Ghosn denies Japanese allegations that he under-reported income as chairman of Nissan and falsified financial reports.

The 64-year-old star executive led Nissan for two decades and was simultaneously chairman and CEO of Renault since 2009.