The Latest: Osaka to Japanese fans: thanks, keep watching 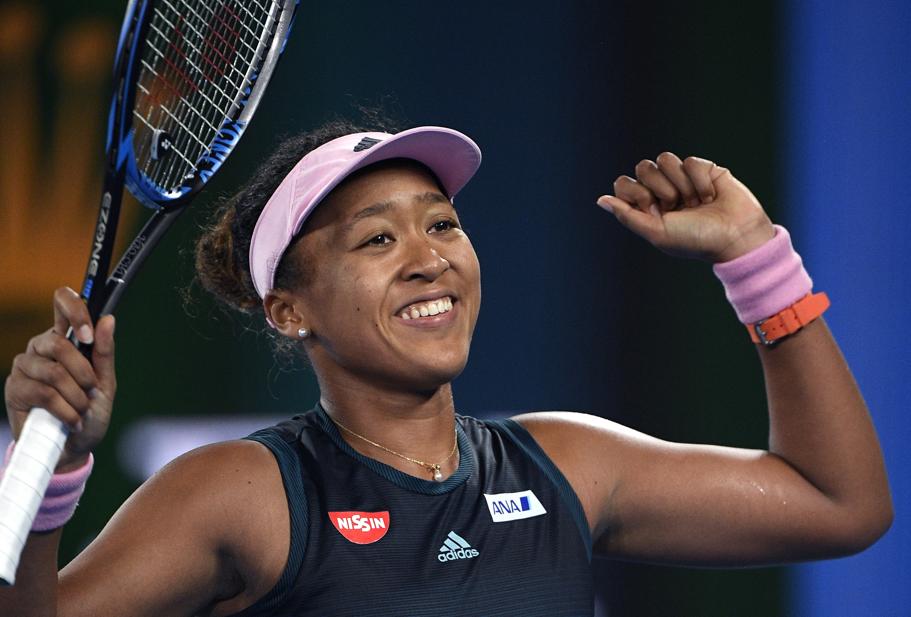 MELBOURNE, Australia — The Latest at the Australian Open on Thursday (all times local):

Naomi Osaka had just secured a spot in consecutive Grand Slam finals when she was asked on live TV if she had anything to say to her fans in Japan.

After responding briefly in Japanese, she was asked for a translation for the crowd still in Rod Laver Arena after her Australian Open semifinal win over Karolina Pliskova.

She then translated it: “I just said thank you for cheering and I’ll try my best in my next match. That’s basically it.”

Osaka’s mother is Japanese and her father is from Haiti. She was born in Japan and moved to the United States as a child.

After her quarterfinal win, she used a live interview on Japanese broadcaster NHK to wish her grandfather a happy birthday.

At news conferences at the Australian Open so far, the 21-year-old Osaka has been fielding questions from the media in English and Japanese, but giving all answers in English.

The 21-year-old Osaka will play another Czech, two-time Wimbledon champion Petra Kvitova, for the Australian title on Saturday.

The champion in Australia will also assume the No. 1 ranking. For both Kvitova, who reached a career-high No. 2 ranking in October 2011, and Osaka, it would be a first time in top spot.

The fourth-seeded Osaka is aiming to be the first woman since Serena Williams to win consecutive major titles. Williams won four straight from the 2014 U.S. Open to Wimbledon in 2015.

Kvitova beat Danielle Collins 7-6 (2), 6-0 to return to a Grand Slam final for the first time since winning the Wimbledon title in 2014, and her first since sustaining injuries to her left hand in a home invasion in the Czech Republic in December 2016.

Seventh-seeded Pliskova, a U.S. Open finalist in 2016, had a stunning quarterfinal win over Serena Williams, coming back from 5-1 down in the third set and saving four match points to reach the last four.

Osaka closed with an ace on match point.

The semifinal between U.S. Open champion Naomi Osaka and seventh-seeded Karolina Pliskova is going to three sets at the Australian Open.

Osaka won the first set 6-2. After an exchange of breaks to start the second, Pliskova took it 6-4 when she broke Osaka in the 10th game.

The winner will face two-time Wimbledon champion Petra Kvitova for the championship. All three players still have a chance to assume the No. 1 ranking by winning the Australian title.

Pliskova advanced to the semifinals with a stunning upset of 23-time major winner Serena Williams, rallying from 5-1 down and saving four match points in the third set to win their quarterfinal.

Osaka is aiming to be the first woman since Serena Williams to win back-to-back majors. Williams won four straight from the 2014 U.S. Open to Wimbledon in 2015.

Play on all outside courts was suspended under the tournament’s extreme heat policy.

The earlier semifinal between two-time Wimbledon champion Petra Kvitova and Danielle Collins started with the roof open on Rod Laver but the match was delayed at 4-4 in the first set so the roof could be closed.

After a tight tussle in the first, Kvitova dominated the second set in the indoor conditions and won 7-6 (2), 6-0.

Petra Kvitova has beaten Danielle Collins 7-6 (2), 6-0 to return to a Grand Slam final for the first time since winning the Wimbledon title in 2014.

It’s also the first in what she has called her “second career” following her return from injuries sustained in a home invasion in the Czech Republic in late 2016.

The 28-year-old Kvitova will play for the Australian Open title against either U.S. Open champion Naomi Osaka or Karolina Pliskova.

Kvitova missed the Australian Open in 2017 while she was recovering from knife injuries to her left hand. Her best run at a major after returning at the French Open in 2017 was a quarterfinal at the U.S. Open that year.

The eighth-seeded Kvitova is now on an 11-match winning streak, after warming up for the Australian Open with a title run in Sydney.

Collins entered the Australian Open with an 0-5 record in Grand Slam matches, but took out three seeded players en route to the semifinals, including a 6-0, 6-2 win over three-time major winner Angelique Kerber.

The match started under clear skies but was delayed at 4-all in the first set while the retractable roof at Rod Laver Arena was closed with the temperature approaching 100 degrees (38 Celsius).

The first set was tight, containing one service break each, but Kvitova started to dominate in the cooler, indoor conditions. She won seven of nine games after the roof was closed.

The women’s semifinal between Petra Kvitova and Danielle Collins is being delayed at 4-all in the first set while the retractable roof at Rod Laver Arena is closed as the temperature approaches 100 degrees Fahrenheit (38 Celsius).

The match began with the roof open. But after 35 minutes of play, tournament officials decided to shut it.

The extreme heat rule has been invoked for the first women’s semifinal as the heat surges toward 100 degrees Fahrenheit (38 Celsius).

That means that there will be a 10-minute break after the second set if the match between Petra Kvitova and Danielle Collins goes to a third set.

The roof at Rod Laver Arena is open, which lets more of the sizzling sun in.

Carlos Ramos was given the assignment for the first semifinal in Melbourne, between Petra Kvitova and Danielle Collins.

Thousands of spectators at the U.S. Open title match last September booed after Williams confronted Ramos about his rulings.

John Peers and Henri Kontinen have combined to become the first pair through to the men’s doubles final after beating Leonardo Mayer and Joao Sousa 6-1, 7-6 (6) at the Australian Open.

Peers and Kontinen, who combined to win the 2017 Australian Open doubles title, will play either the American team of Ryan Harrison and Sam Querrey or the French combination of Pierre-Hugues Herbert and Nicolas Mahut.

The first of the men’s semifinals will be in the night session, when 17-time major winner Rafael Nadal takes on 20-year-old Stefanos Tsitsipas.

The weather was hot and sunny at Melbourne Park, with the temperature approaching 100 degrees Fahrenheit (38 Celsius).