The Latest: Trump not surprised by Pelosi’s delay of speech 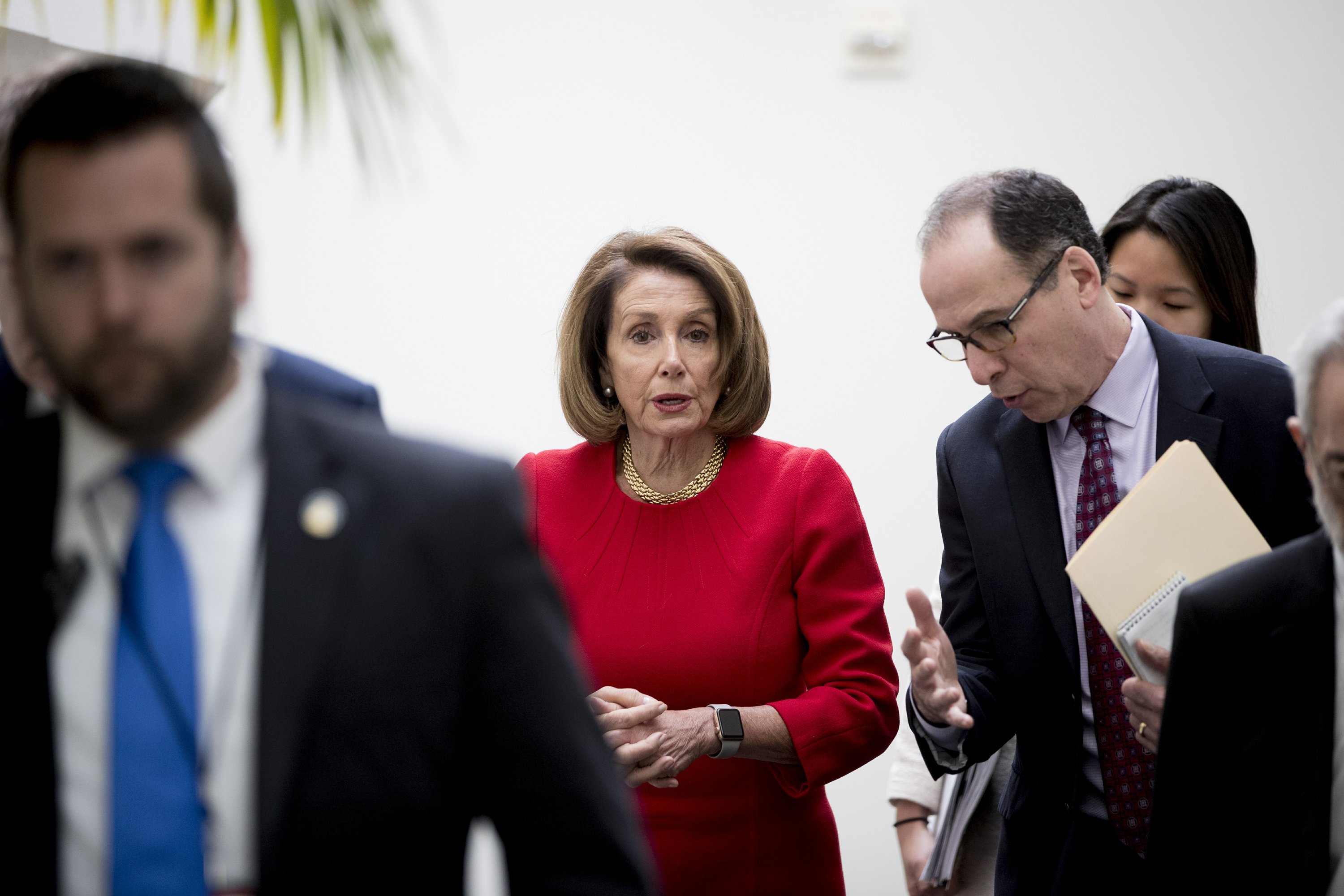 WASHINGTON — The Latest on President Donald Trump’s State of the Union address (all times local):

President Donald Trump says he is not surprised about House Speaker Nancy Pelosi officially postponing his State of the Union address to a joint session of Congress until the government is fully reopened.

Trump says Democrats have become “radicalized” and “don’t want to see crime stopped, which we could very easily do on the southern border.”

Trump was asked about Pelosi’s action during a health care event at the White House and as the government shutdown extended into a second month.

The president said: “This will go on for a while. Ultimately the American people will have their way because they want to see no crime.”

The stalemate over funding a U.S.-Mexico border wall has produced the longest partial government shutdown in U.S. history.

Trump wants to deliver the speech Tuesday as planned.

The California Democrat told Trump in a letter Wednesday the Democratic-controlled House won’t pass the required measure for him to give the nationally televised speech from the House floor.

Pelosi acted just hours after Trump notified her that he was planning to deliver the speech next Tuesday in line with her original invitation.

Pelosi’s moves have left the White House scrambling to devise an alternative plan for the speech, which is one of the president’s top opportunities to lay out his agenda to the public.

Pelosi said “I look forward to welcoming you to the House on a mutually agreeable date for this address when government has been opened.”

President Donald Trump says he is planning to deliver his State of the Union address next week in front of a joint session of Congress — despite House Speaker Nancy Pelosi’s request that he delay.

Trump issued a letter to Pelosi on Wednesday. In it he dismisses her suggestion the speech should be postponed or delivered in writing due to security issues related to the partial government shutdown. Declaring there are “no security concerns,” Trump says he will fulfill his “Constitutional duty.”

Trump adds that it would be “so very sad” for the country if the address is not given as planned on Jan. 29.

Pelosi last week cited the impact of the ongoing shutdown on the Department of Homeland Security and the U.S. Secret Service. Homeland Security Secretary Kirstjen Nielsen said the agencies were prepared to support the speech.

The White House is proceeding with plans for President Donald Trump to deliver his State of the Union speech in front of a joint session of Congress on Tuesday without knowing whether Democrats will let him have that stage.

Trump spokeswoman Sarah Huckabee Sanders, even as officials continued to work on a backup plan to have the president speak somewhere else.

The White House emailed the House sergeant-at-arms asking to schedule a walk-through in anticipation of the speech, according to a White House official who was not authorized to discuss the planning publicly and spoke on condition of anonymity.

The move is the latest in a game of brinkmanship between Trump and the House speaker as they remain locked in an increasingly personal standoff over Trump’s demand for border wall money that has forced a partial government shutdown that is now in its second month.

The president cannot speak in front of a joint session of Congress without both chambers’ explicit permission.