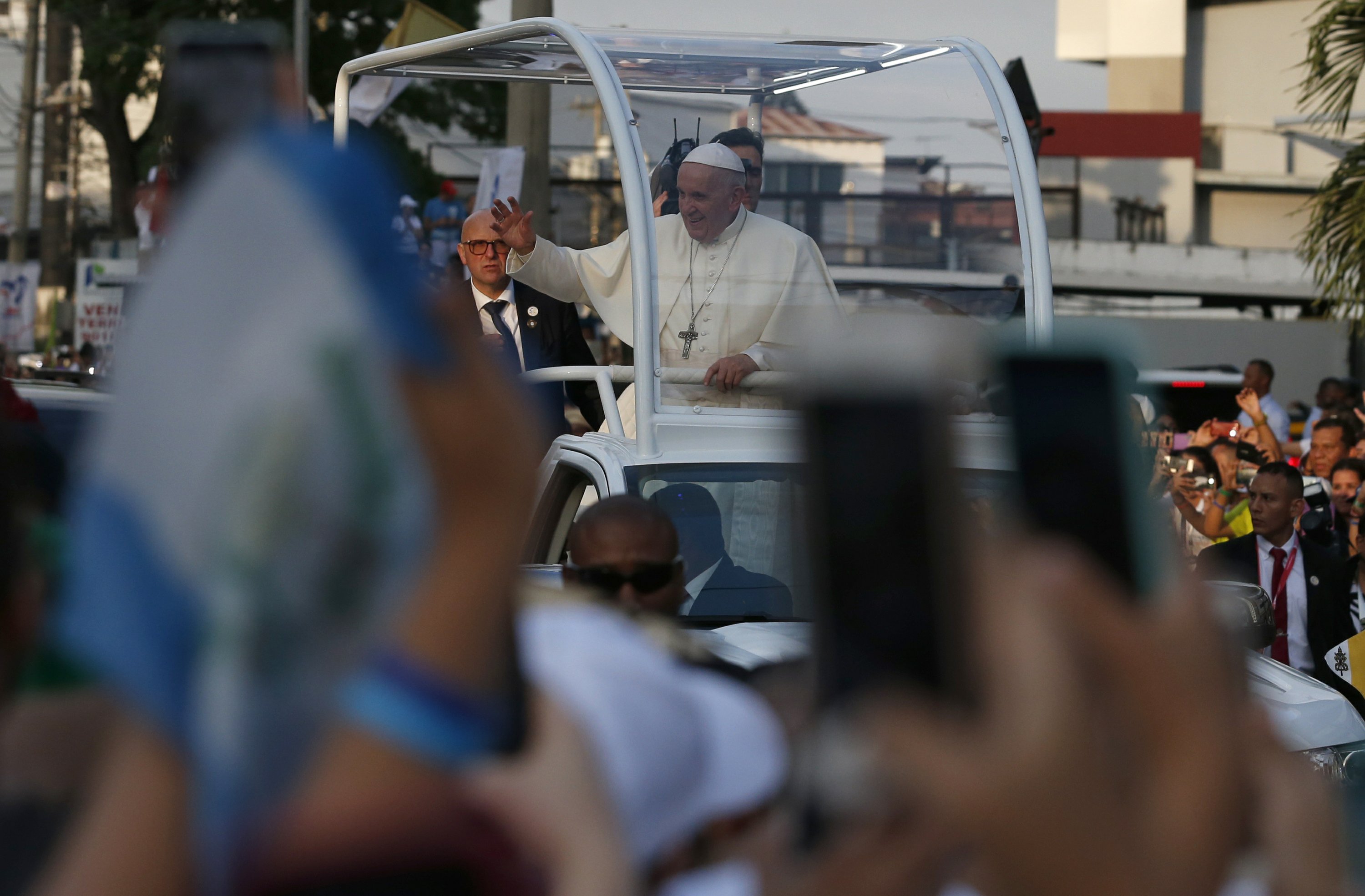 PANAMA CITY — Pope Francis has arrived in Panama amid a political crisis in nearby Venezuela, a migration standoff over the proposed U.S.-Mexico border wall and tens of thousands of wildly excited young Central Americans welcoming him.

As Francis opens his first full day Thursday, all eyes will be on whether he refers to the upheaval in Venezuela when he addresses Panama’s president and later the region’s bishops.

Francis rounds out the day with his evening welcome to tens of thousands of young Catholics gathered for World Youth Day, the church’s big youth rally.

His visit is taking place against the backdrop of a new migrant caravan heading to the U.S.-Mexico border. The plight of migrants, as well as that of indigenous peoples, are particularly close to Francis’ heart and are expected to feature into his remarks while in Panama.

As he flew from Rome on Wednesday, another issue closely watched by the Vatican erupted, with the president of Venezuela’s opposition-controlled National Assembly declaring himself interim president and a number of regional countries including the United States recognizing him.

The Vatican had said previously that the pope would refrain from making explicit reference to Venezuela while in Panama, but the developments ensured he would face questions during the trip and en route home.

The Vatican is in something of a bind in Venezuela. Local bishops vocally oppose the socialist regime of President Nicholas Maduro, but the Holy See is keeping up diplomatic relations with the government, to the extent that it sent its interim charge d’affairs to Maduro’s inauguration earlier this month.

The Vatican spokesman didn’t respond when asked Wednesday for comment about the developments.

Francis arrived in Panama to the raucous chants of World Youth Days past: “This is the youth of the pope,” the crowd chanted over and over.

It was a particularly exuberant airport welcome that must have been a pleasant surprise for Francis after a year that saw less-than-enthusiastic welcomes for the pope in Chile and Ireland as well as the eruption of the global sex abuse scandal that has tarnished his legacy.

Crowds are expected to be smaller than usual for this World Youth Day — only about 150,000 people had registered as of last week — but thousands more will certainly throng Francis’ main events, which include the formal opening Thursday, a vigil Friday and a final Mass on Sunday.

The Vatican conceded that the January date doesn’t suit school vacations in Europe or North America, both of which typically send huge numbers of pilgrims to World Youth Day gatherings.

Francis’ trip, the first in a year packed with foreign travel, comes at a critical moment in the papacy as the Catholic hierarchy globally is facing a crisis in credibility for covering up decades of cases of priests molesting young people.