Votes on Senate bills seen as progress even if they fail 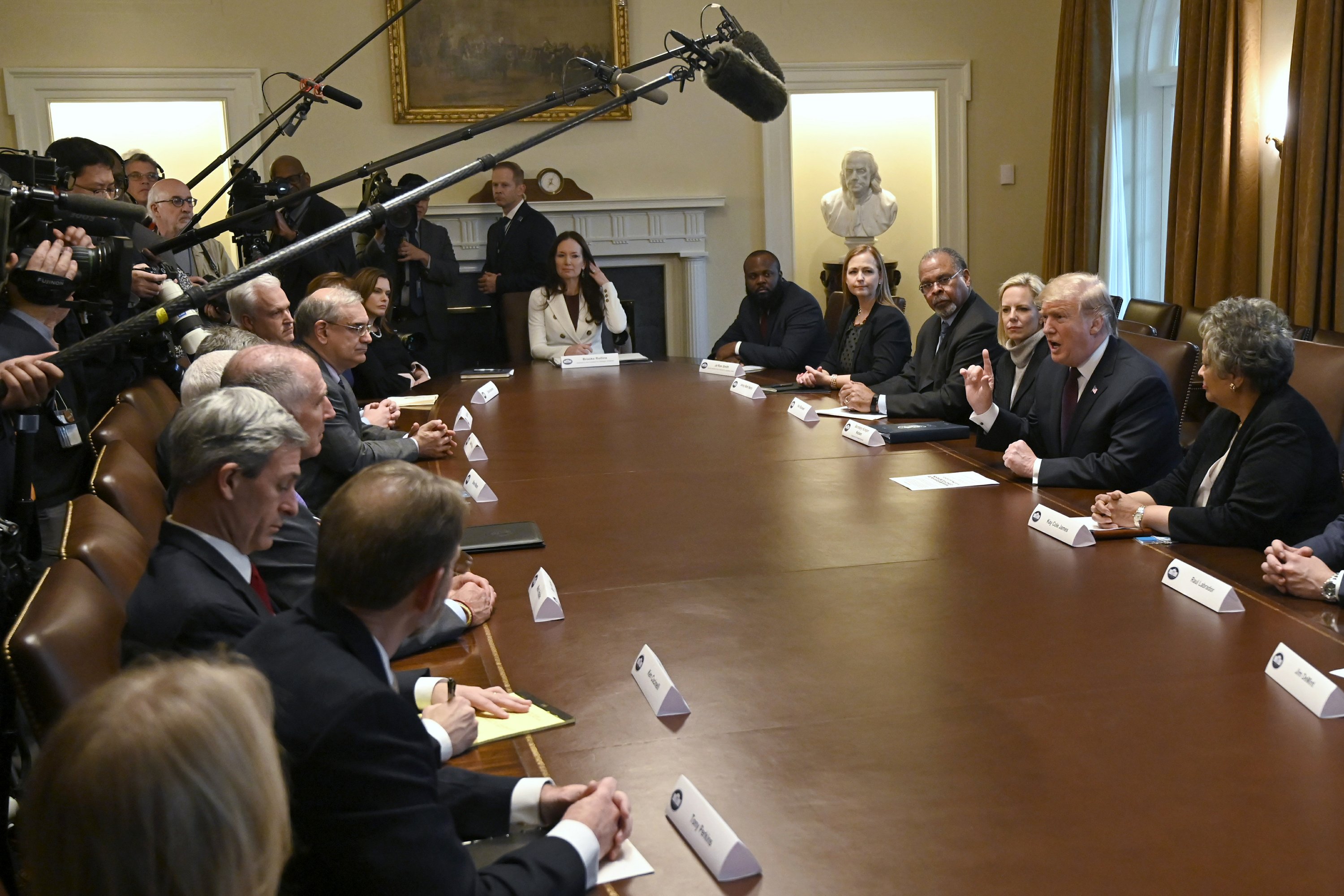 WASHINGTON — The Senate is taking a new approach to ending the partial government shutdown by actually taking votes instead of just pointing fingers.

Either measure would reopen federal agencies and pay 800,000 federal workers who are days from missing yet another paycheck. Republicans would couple ending the 34-day shutdown with $5.7 billion for President Donald Trump’s border wall and revamping immigration laws. Democrats would reopen agency doors for three weeks while bargainers seek a budget accord.

Twin defeats might spur the two sides into a more serious effort to strike a compromise. Almost every proposal needs 60 votes to advance in the Senate, which is under 53-47 Republican control.

With the impacts of the shutdown becoming increasingly painful, however, lawmakers on both sides were trumpeting their willingness to compromise in the battle over border security and immigration issues such as protection against deportation for so-called Dreamer immigrants brought to the country illegally as children.

“It’s clear what the president wants. It’s clear what we want. If you have a negotiation, both parties are going to put on the table what they want,” said House Majority Leader Steny Hoyer, D-Md. “By definition a successful negotiation gets to a place where both sides feel they got something, right?”

“No shutdown. No hostages,” said Rep. Ruben Gallegos, D-Ariz. “You get nothing in return until to release the hostages.”

The partial shutdown began just before Christmas after Trump indicated that he wouldn’t sign a stopgap spending bill backed by top Republicans like Majority Leader Mitch McConnell, R-Ky., who shepherded a bill funding the government up to Feb. 8 through the Senate. The House passed a plan with wall funding as one of the last gasps of the eight-year GOP majority.

On Thursday, almost five weeks later, House Democrats continued work on a package that would ignore Trump’s demand for $5.7 billion for a wall with Mexico and would instead pay for other ideas aimed at protecting the border.

Details of Democrats’ border security plan and its cost remained a work in progress. Party leaders said it would include money for scanning devices and other technological tools for improving security at ports of entry and along the boundary, plus funds for more border agents and immigration judges.

“If his $5.7 billion is about border security, then we see ourselves fulfilling that request, only doing it with what I like to call using a smart wall,” said No. 3 House Democratic leader Jim Clyburn, D-S.C.

A poll by The Associated Press-NORC Center for Public Affairs Research released Wednesday was the latest indicator that the shutdown is hurting Trump with the general public. While his approval among Republicans remains strong, just 34 percent of Americans like his performance as president and 6 in 10 assign a great deal of responsibility to him for the shutdown, around double the share blaming Democrats.

With Democrats eager to show they’re trying to end the impasse, the House used mostly party-line votes Wednesday to approve one measure reopening government agencies through February. By a similar tally, the chamber voted to finance most shuttered agencies through September.

Growing numbers of House Democrats say the party should show where it stands on border security.