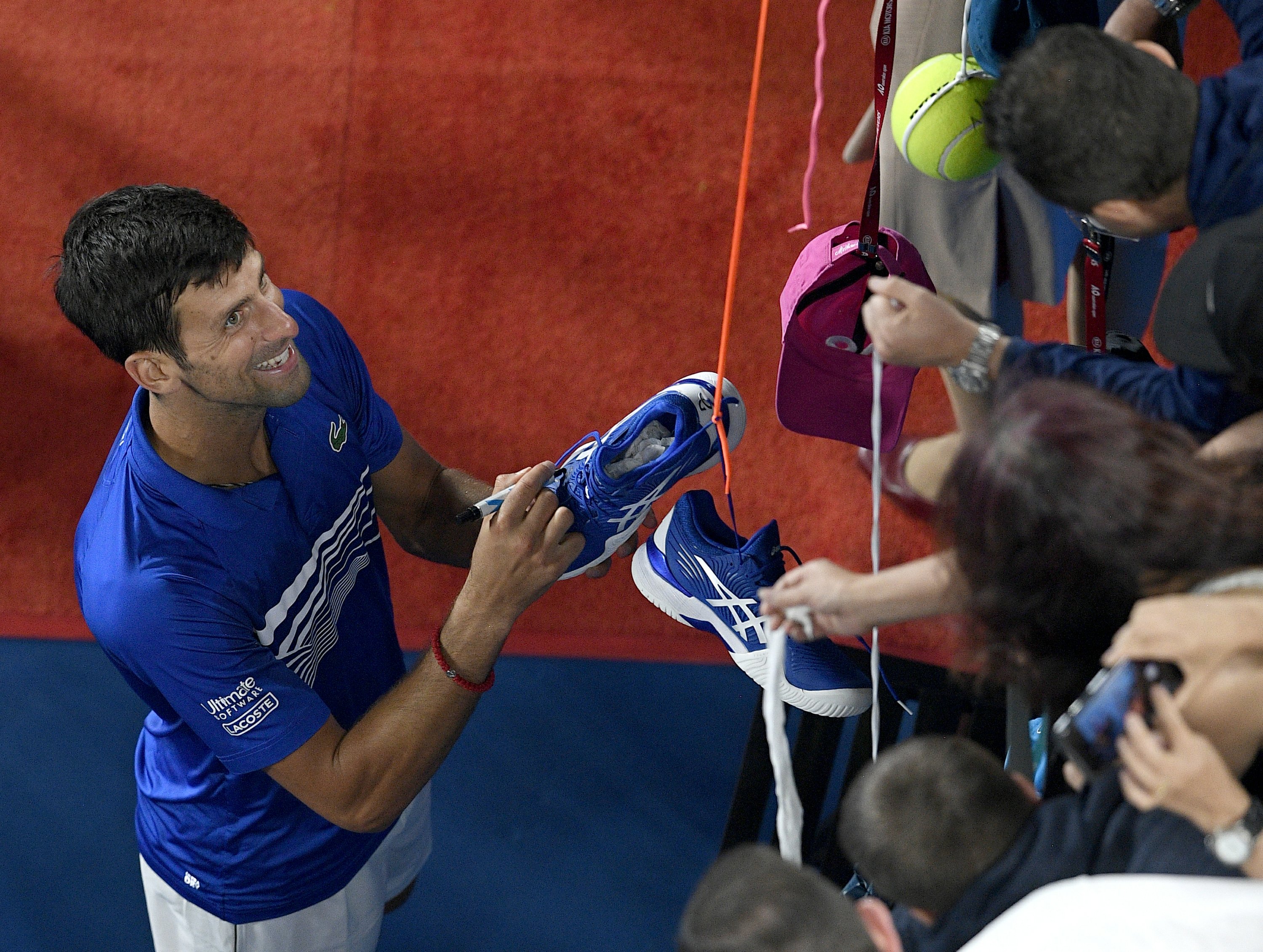 MELBOURNE, Australia — Every reverberating squeak of Novak Djokovic’s court-blue shoes put him in perfect position to control a point — and a step closer to a record seventh Australian Open championship.

Djokovic was downright flawless right from the outset of his semifinal against an overmatched No. 28 Lucas Pouille and never relented, not for a moment, en route to a 6-0, 6-2, 6-2 victory in less than 1½ hours Friday night.

Of all the ways in which Djokovic dominated, perhaps this was the most impressive: He made an unheard-of total of five unforced errors. And that’s despite risking enough to produce 24 winners.

“Everything worked the way I imagined it before the match,” Djokovic said. “And even more so.”

On Sunday, the No. 1-ranked Djokovic will line up against his old rival, No. 2 Rafael Nadal, for the 53rd time on tour, eighth in a Grand Slam final.

“I would definitely want to buy a ticket for that match, for those who haven’t yet,” Djokovic joked during his on-court interview at Rod Laver Arena.

Only Nadal, with 17, and Roger Federer, with 20, own more major titles than Djokovic, who is gaining on them: He is seeking his 15th overall and third in a row, following Wimbledon last July and the U.S. Open last September.

“Once-in-a-lifetime experience,” Djokovic called that one, “and hopefully the outcome can be the same for me.”

Given how well both men are playing at the moment, this showdown shapes up as another potential classic, unlike the two semifinals that preceded it.

Nadal was superb while beating Stefanos Tsitsipas 6-2, 6-4, 6-0 on Thursday night and has yet to drop a set in the tournament.

A day later, Djokovic played as if setting out to say, “Anything you can do, I can do better.”

This was Djokovic’s 34th Grand Slam semifinal and he’s now won his last 10. Pouille, a 24-year-old Frenchman coached by former women’s No. 1 Amelie Mauresmo, was making his debut at this stage.

The wide gulf in experience and accomplishments showed on a cloudy, breezy evening as Djokovic improved to 7-0 in semifinals at Melbourne Park.

He is also unbeaten so far in Australian Open finals, sharing the men’s mark of six titles with Roy Emerson and Federer.

What didn’t go according to plan for Djokovic on Friday, other than the one face-down pratfall he took when he slipped on a point?

He won 25 of 34 points on Pouille’s second serve and broke the guy seven times.

He won 45 of 53 points he served, never facing a single break chance.

Even managed to deliver a second-serve ace.

It took Pouille more than a half-hour to merely grab one game, and spectators roared, likely relieved at the prospect of a more competitive, not to mention longer, match.

“Definitely one of the best matches I ever had,” Djokovic said, then paused before adding the unnecessary qualifier “on this court.”

This is as good as he gets, as good as it gets, and a far cry from the 2018 Australian Open, when he was dealing with a painful right elbow and lost in the fourth round in Melbourne.

Soon, he would have elbow surgery, and begin the climb back to the top.

“It was highly unlikely 12 months ago that I would be where I am today, a year later,” Djokovic said. “I’ve said it before, but I always have plenty of belief in myself, and the self-belief always prevails.”