Trump makes rare cave on State of the Union speech 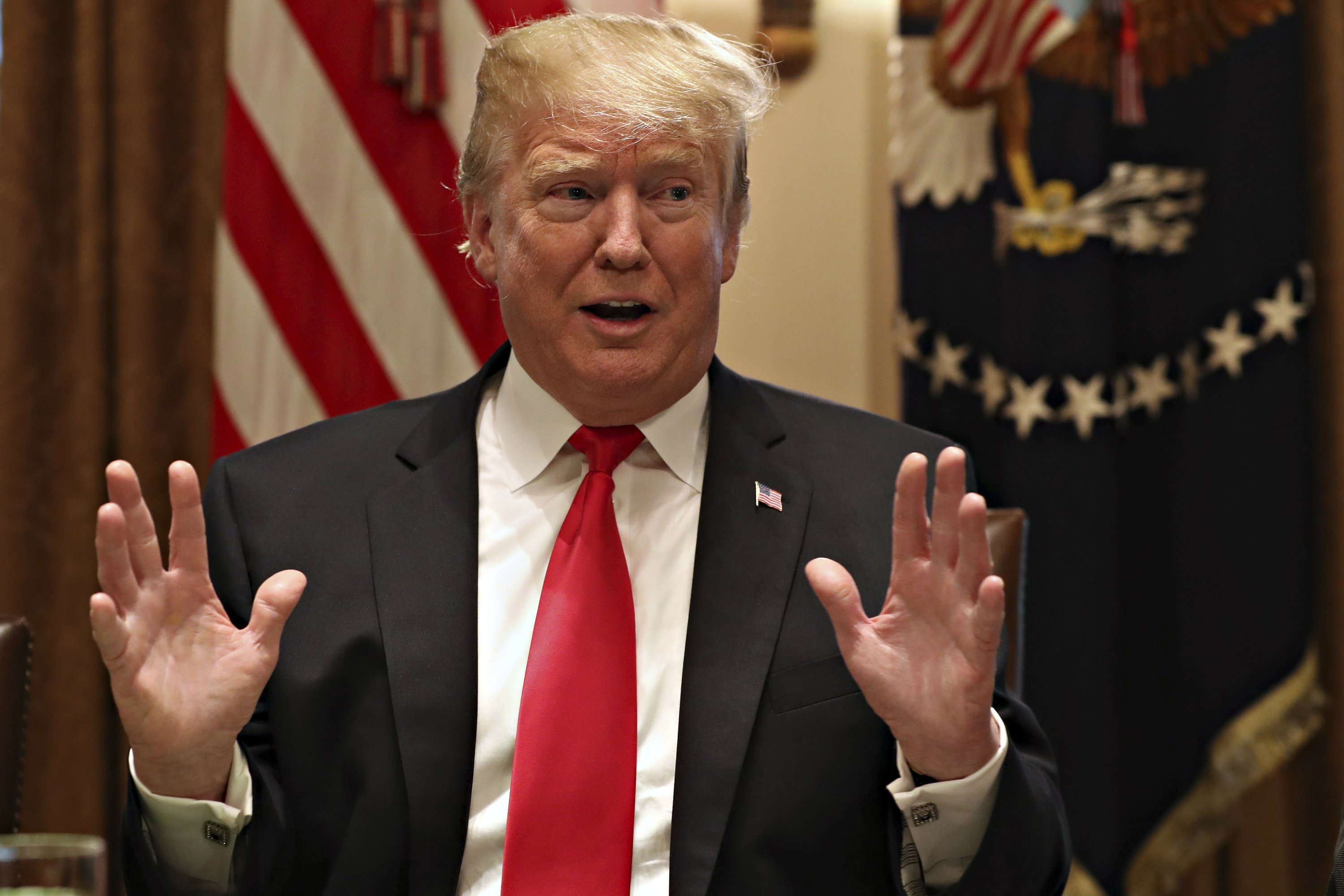 President Donald Trump’s decision to postpone his State of the Union address under pressure from House Speaker Nancy Pelosi surprised allies, contradicted top aides who had been working on an alternative speech plan and left all of Washington trying to determine whether it signaled new willingness by Trump to make a deal to reopen the government.

“Well, it’s really her choice,” Trump said Thursday, acknowledging Pelosi had the upper hand when it came to scheduling the traditional presidential address to Congress. The speaker had made clear Trump could not deliver his speech from the House unless he waited until the government reopens.

So Trump, who is typically loath to show any sign of weakness, made a highly uncharacteristic about-face and one that highlighted the importance the president attaches to the type of symbolism and pageantry associated with a speech from the rostrum of the House.

The president concluded that there was no viable alternative that could match the gravitas of the traditional State of the Union address, in which all three branches of government come together under one roof, drawing the president’s largest television audience of the year. An alternative speech or rally also would have been a hard sell for television networks, which took heat earlier this month for airing the president’s prime-time Oval Office address in which he largely rehashed his case for a southern border wall.

Trump went so far as to praise Pelosi’s move as “actually reasonable” — although he had blasted her position just a day earlier.

The reversal surprised those who have known Trump for years.

Throughout his presidency, Trump has reveled in his take-no-prisoners negotiating style — from talking tough against North Korea to slapping tariffs on allies. And he has dug in his heels time and time again, refusing to admit errors and insisting that he won’t accept a budget deal that doesn’t include money for his promised border wall.

“Nobody’s ever seen him make such a concession in public,” said former campaign aide Sam Nunberg. “The only thing I can think of is that he wasn’t going to like the optics of not giving it in the House chamber.”

As late as Wednesday afternoon, officials had been busy discussing contingency locations, including a rally-style event, an Oval Office address, a speech in the Senate chamber and even a visit to a border state.

“We always like to have a plan B,” White House press secretary Sarah Huckabee Sanders had said Wednesday.

But White House officials were caught off guard when Pelosi announced that she would block Trump from speaking until the shutdown ended. Indeed, at least some seemed unaware of rules specifying that both the House and Senate must pass a concurrent resolution formally inviting the president to address a joint session.

Late Wednesday, Trump announced by tweet that he would postpone the speech “because there is no venue that can compete with the history, tradition and importance of the House Chamber.”

“It is a stage that no modern president wants to vacate,” said Donald Ritchie, a former Senate historian. “I can understand why the president decided he’ll wait for the chamber to reopen so he can go in there.”

On the Trump-friendly show “Fox and Friends,” co-anchor Brian Kilmeade applauded the move.

“I really respect the president’s decision to keep some type of tradition and semblance of order. So I think it’s a great move to do it and it hopefully puts more pressure on all sides to get something done,” Kilmeade said.

The decision came hours before the Senate voted on — and failed to pass — dueling bills to end the shutdown. And it raised questions about what comes next in Trump’s evolving strategy on the budget fight. On Friday, hundreds of thousands of federal workers will miss another paycheck, and polls have shown a majority of voters blame the president for the mess.

Some worried the spat would further sour relations between Trump and Pelosi, who haven’t spoken in weeks. But former House Speaker Newt Gingrich, an informal adviser to the president, argued it could be a positive step.

“I assume that it is an effort on his part to signal that he’s willing to be reasonable and find a way to get along. And now we’ll see whether Pelosi will come back and be reasonable as well,” said Gingrich. “By his conceding to her, I think he sets the stage now for her” to do the same.

If that’s the case, it would be a notable new approach for the president, said Trump biographer Michael D’Antonio. He said that, in Trump’s life before politics, he never retreated, choosing instead to deflect, blame others, or simply declare himself a success even when he wasn’t, insisting, for instance, that “The Apprentice” show was a hit even when it was lagging in the ratings and framing his bankruptcies as smart legal maneuvers.

“The president’s decision to delay the State of the Union speech is an unprecedented moment of realism in the life of a man who has always promoted himself as a fantasy figure who always wins at everything,” said D’Antonio, the author of “The Truth About Trump.”

“For him to buckle in the face of a challenge from an opponent, and a woman no less, is truly a historic event.”