Duterte to visit site of bombings that killed at least 20 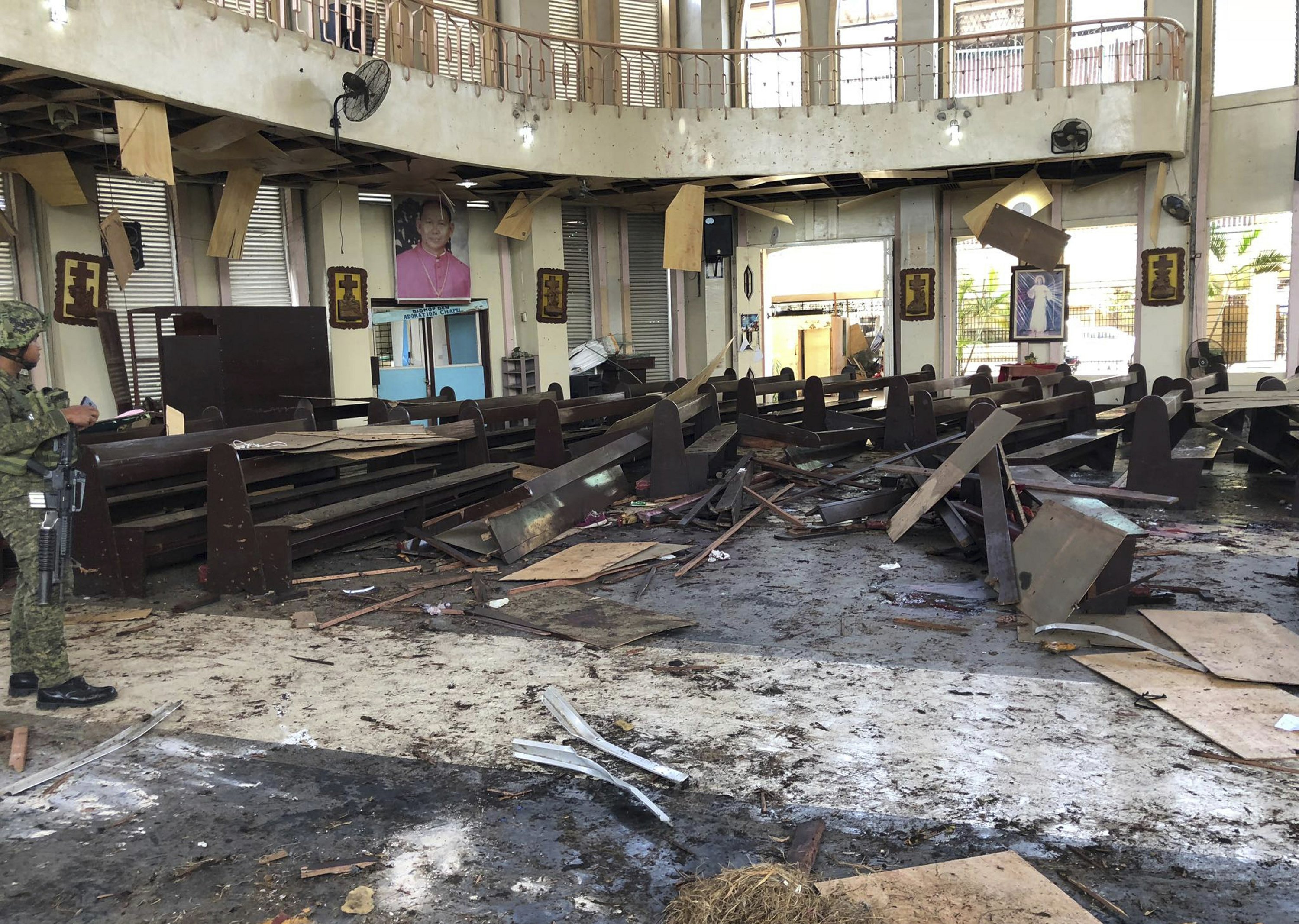 Duterte’s office vowed earlier to “pursue to the ends of the earth” the perpetrators of the attack. The president and defense, military and police officials were to visit the scene and meet survivors Monday.

The attack occurred in the provincial capital of Jolo island, which has long been troubled by Abu Sayyaf militants, who have carried out years of bombings, kidnappings and beheadings and have aligned themselves with the Islamic State group.

The SITE Intelligence monitoring group said an IS communique claimed two of its suicide bombers carried out the attack. The claim could not be independently verified.