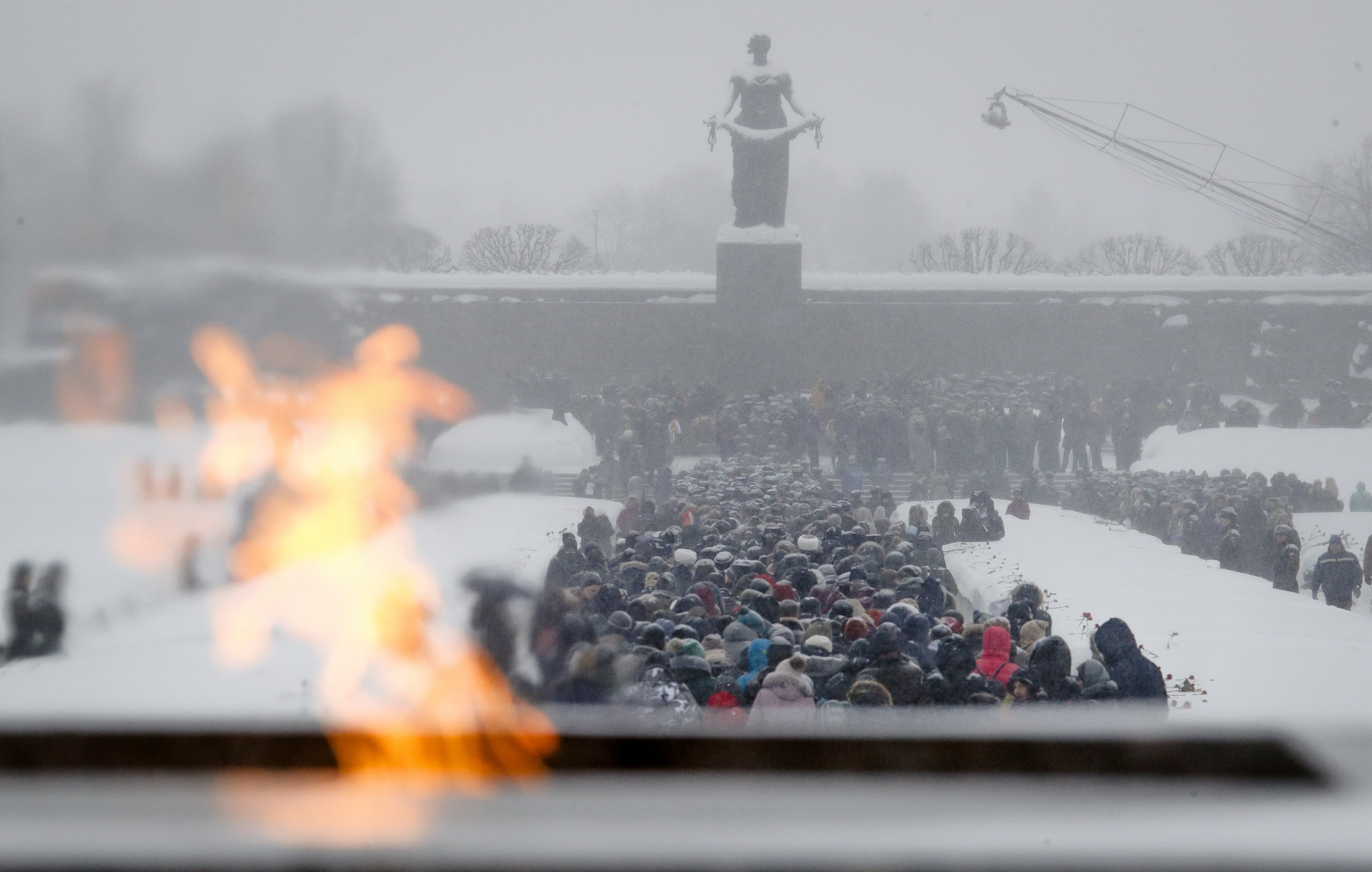 ST. PETERSBURG, Russia — The Russian city of St. Petersburg is marking the end of the World War II siege by Nazi forces with a large military parade in sprawling Palace Square.

The siege of the city, then called Leningrad, lasted nearly 2½ years until the Soviet Army drove the Nazis away on Jan. 27, 1944.

Estimates of the death toll vary, but historians agree that more than 1 million Leningrad residents died from hunger or air and artillery bombardments during the siege.

On Sunday, more than 2,500 soldiers and 80 units of military equipment were parading even as snow fell and temperatures hovered around minus-18 degrees Celsius (0 Fahrenheit).

The vehicles included a T-34 tank; such tanks played a key role in defeating the Nazis and became a widely revered symbol of the nation’s wartime valor and suffering.