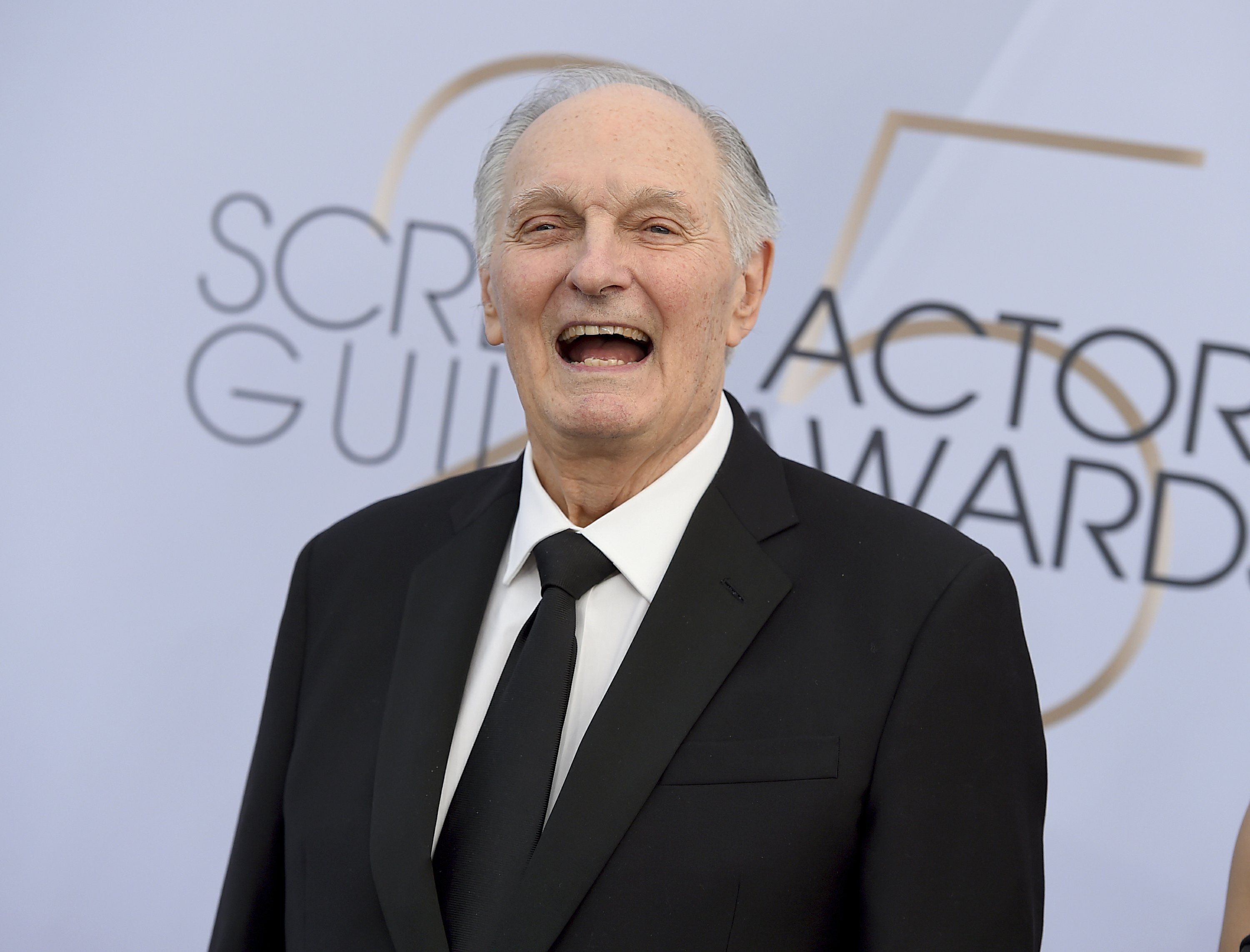 The actor, best known for his role as Hawkeye Pierce in “M.A.S.H.,” received the honor from Tom Hanks on Sunday at the ceremony in Los Angeles’ Shrine Auditorium.

Alda says actors can help when people are divided “just by doing what we do,” and that he’s honored to be a part of the profession.

“M.A.S.H.” made a household name out of Alda, who became the only person to win acting, directing and writing Emmys for the same series. The show ran from 1972 to 1983.

The 83-year-old Alda also is known for his work on other TV series including “The West Wing,” ″ER,” and “The Blacklist,” and in movies including “Aviator” and “Bridge of Spies.”

He has one Oscar nomination for “Aviator,” and has won six Emmys and Golden Globes.

Blunt won for her role in “A Quiet Place” at Sunday’s ceremony at Los Angeles’ Shrine Auditorium. Blunt says she was at a loss for words, adding the win “has completely blown my slicked hair back.”

Ali won for his role in “Green Book,” saying he was grateful to be among the actors in the room.

“The Marvelous Mrs. Maisel” is the winner of the Screen Actors Guild Award for TV comedy series ensemble.

Rachel Brosnahan has won the Screen Actors Guild Award for TV comedy actress for her role in “The Marvelous Mrs. Maisel.”

The Amazon series won the first two SAG Awards on Sunday. Tony Shalhoub won best actor in a television series moments before Brosnahan’s name was called. Shalhoub plays the father of Brosnahan’s character, who is a mother trying to launch a successful comedy career in 1950s Manhattan.

Brosnahan thanked not only the top-billed cast members, but the background actors in the series.

Tony Shalhoub is the winner of the Screen Actors Guild Award for TV comedy actor for his role in “The Marvelous Mrs. Maisel.”

Shalhoub said the greatest honor of his life was to be nominated alongside Alan Arkin. Arkin was nominated for his role in the Netflix series “The Kominsky Method.”

Megan Mullally has kicked off the 25th Screen Actors Guild Awards with a shout-out to several nominees, including Lady Gaga.

Mullally told Gaga, “Honey, you are crushing it.” The “Will & Grace” star joked that in addition to her nominated role in “A Star Is Born,” and having a successful Las Vegas residency, she also does her eyeliner.

The show kicked off with its traditional collection of actors discussing their craft, including Mike Myers, Yara Shahidi and Geoffrey Owens, the “Cosby Show” actor who said his side job working at Trader Joe’s has actually worked out pretty well.

Mullally is hosting the two-hour show, which airs live on TNT and TBS from the Shrine Auditorium in Los Angeles.

The awards were announced Sunday on the ceremony’s silver carpet before the main show begins at 8 p.m. Eastern.

The Marvel superhero flick “Black Panther” is also up for the best film ensemble award, the evening’s top honor.

Similarly, “GLOW” is nominated in the best comedy series category. The Netflix series tells the story of a female wrestling league in the 1980s.

The 25th annual SAG Awards will be presented Sunday night at Los Angeles’ Shrine Auditorium. The ceremony will be broadcast live on TNT and TBS.

Alan Alda will receive the Life Achievement Award during the telecast.

“Black Panther” and “BlacKkKlansman” are among the films vying for the top prize at Sunday’s Screen Actors Guild Awards.

The SAG Awards are one of the most reliable bellwethers of the Academy Awards, but several of this year’s top Oscar contenders failed to land a best ensemble nomination.

The two leading Oscar nominees — “Roma” and “The Favourite” — were bypassed by the actors guild for a field that also includes “A Star Is Born,” ″Crazy Rich Asians” and “Bohemian Rhapsody.” ″The Favourite” has earned nods for its three lead actresses, but “Roma” was shut out entirely.

The SAGs also have something the Oscars don’t: a host. Megan Mullally will emcee the show from Los Angeles’ Shrine Auditorium. TNT and TBS will broadcast the show live beginning at 8 p.m. EST.