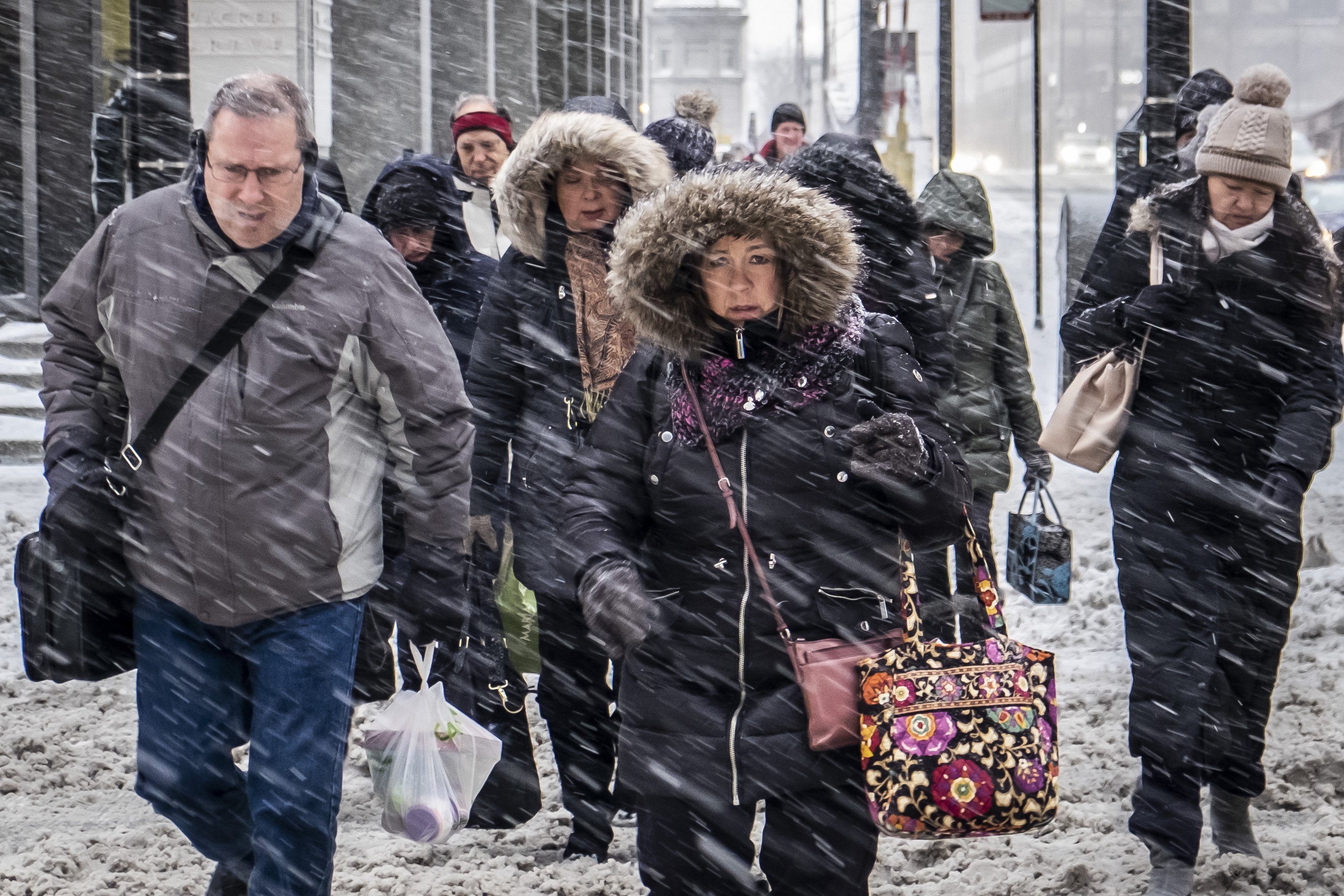 MILWAUKEE — Extremely cold, record-breaking temperatures are settling across parts of the Midwest after a powerful snowstorm pounded the region overnight Monday, and forecasters are describing the subzero weather on the way as potentially life-threatening.

Minneapolis Public Schools announced there would be no classes through Wednesday, when the region will experience frigidly low temperatures not seen in a quarter century.

“You’re talking about frostbite and hypothermia issues very quickly, like in a matter of minutes, maybe seconds,” said Brian Hurley, a meteorologist with the Weather Prediction Center.

The cold also prompted officials to close some schools in eastern Iowa, while Chicago Public Schools officials said they were monitoring the weather ahead of Wednesday’s cold snap. The Chicago Zoological Society, meanwhile, said it’s closing the Brookfield Zoo on Wednesday and Thursday to ensure the safety of employees and animals. It’s only the fourth time the zoo has closed during its 85-year history.

The high temperature forecast at O’Hare on Wednesday is negative 14 degrees (negative 25 degrees Celsius), which would break a record set on Jan. 18, 1994.

Homeless shelters were preparing for the onslaught of cold. The Milwaukee Rescue Mission’s call volume was “unusually high,” but there should still be enough beds for those who need them, said the mission’s president, Pat Vanderburgh. Charitable groups that operate warming places and shelters in Minneapolis were expanding hours and capacity as the cold moved into the city where 1,500 people typically are sheltered on a given night.

“The charitable organizations responsible for operating shelters are adding emergency capacity as they do whenever dangerous extreme temperature events occur,” said Hennepin County Emergency Management Director Eric Waage. He said ambulance crews in the city were handling all outside response incidents as being potentially life-threatening.

Chicago Mayor Rahm Emanuel urged residents to check on their neighbors and take safety precautions. He said city agencies are making sure homeless people are in shelters or offered space in warming buses.

Cold weather advisories are in effect across a broad swath of the central U.S., from North Dakota to Missouri and spanning into Ohio. Temperatures will be as many as 20 degrees below average in parts of the Upper Great Lakes region and Upper Mississippi Valley, according to the National Weather Service.

The unusually frigid weather is attributed to a sudden warming way above the North Pole. A sudden blast of warm air from misplaced Moroccan heat last month made the normally super chilly air temperatures 20 miles (32 kilometers) above the North Pole rapidly rise about 125 degrees (70 degrees Celsius). That split the polar vortex into pieces, which then started to wander, according to Judah Cohen, a winter storm expert for Atmospheric Environmental Research, a commercial firm outside Boston. One of those polar vortex pieces is responsible for the subzero temperatures across the Midwest this week.

On Monday, snowplow drivers had trouble keeping up with the snow in Minnesota and Wisconsin, where some areas got as much as 15 inches (38 centimeters). Chicago-area commuters woke up to heavy snowfall, with more than 5 inches (12.7 centimeters) already on the ground. In Michigan, nonessential government offices were closed, including the Capitol.

Rare snowfall was also forecast for some southern states . Forecasters warned of up to 3 inches (7 centimeters) of snow in central Mississippi and Alabama by Tuesday morning and said temperatures will plummet as arctic cold blasts southward. Alabama Gov. Kay Ivey issued a state of emergency ahead of the storm.