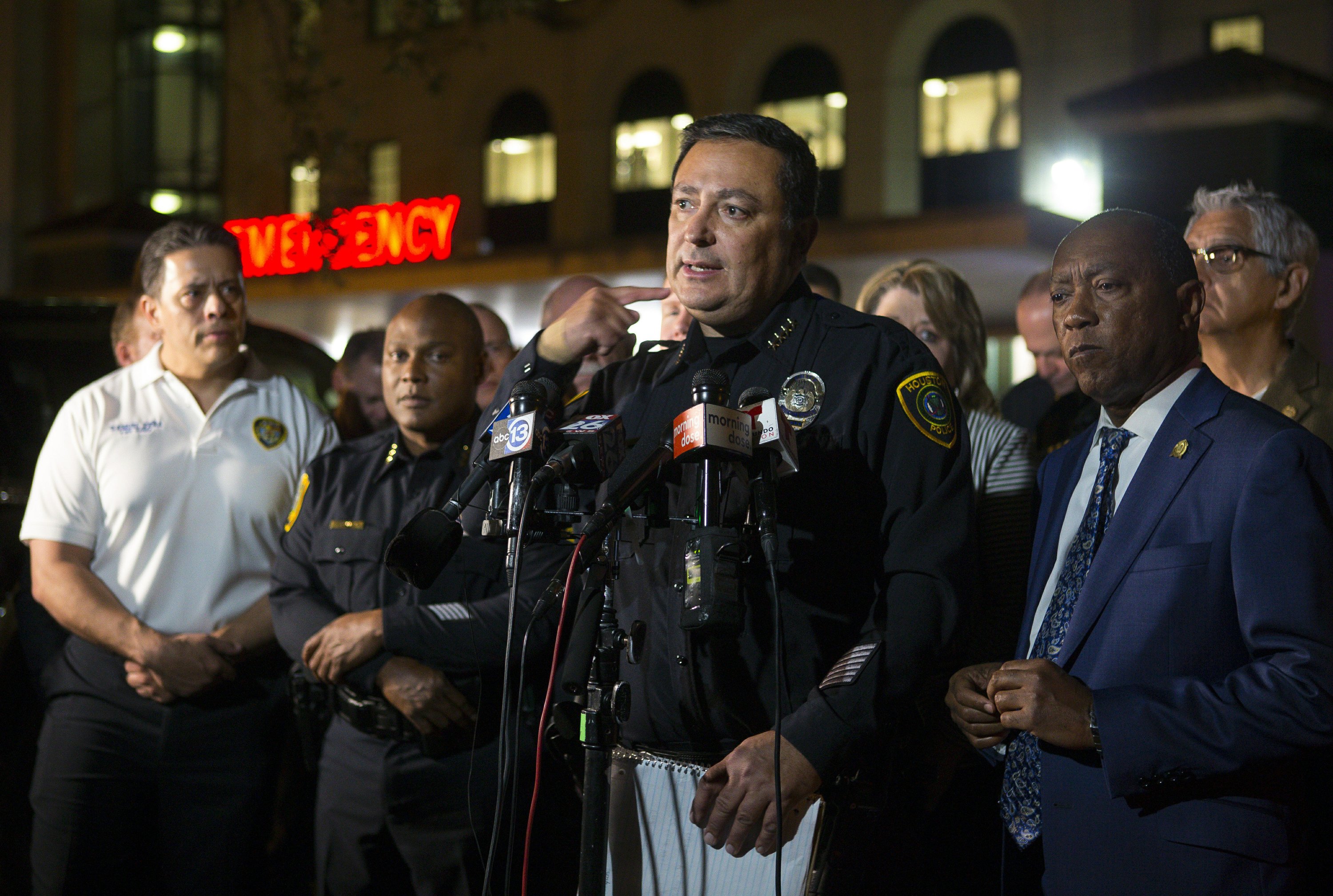 HOUSTON — Houston’s police chief says what began as an attempt to serve a search warrant at a suspected drug house turned into a gun battle that killed two suspects and injured five officers, including four who were shot.

Chief Art Acevedo says the suspects were killed Monday after firing at officers who were trying to enter a southeast Houston home where authorities allege black tar heroin was being sold.

Four of the officers were shot and a fifth suffered a knee injury.

Acevedo says two of the officers who were shot were hit in the neck by gunfire and are in critical but stable condition.

Two other officers, including the one who injured a knee, are in good condition. One officer who was shot in the shoulder has been released.