Top Pakistan court to decide on acquittal of Christian woman 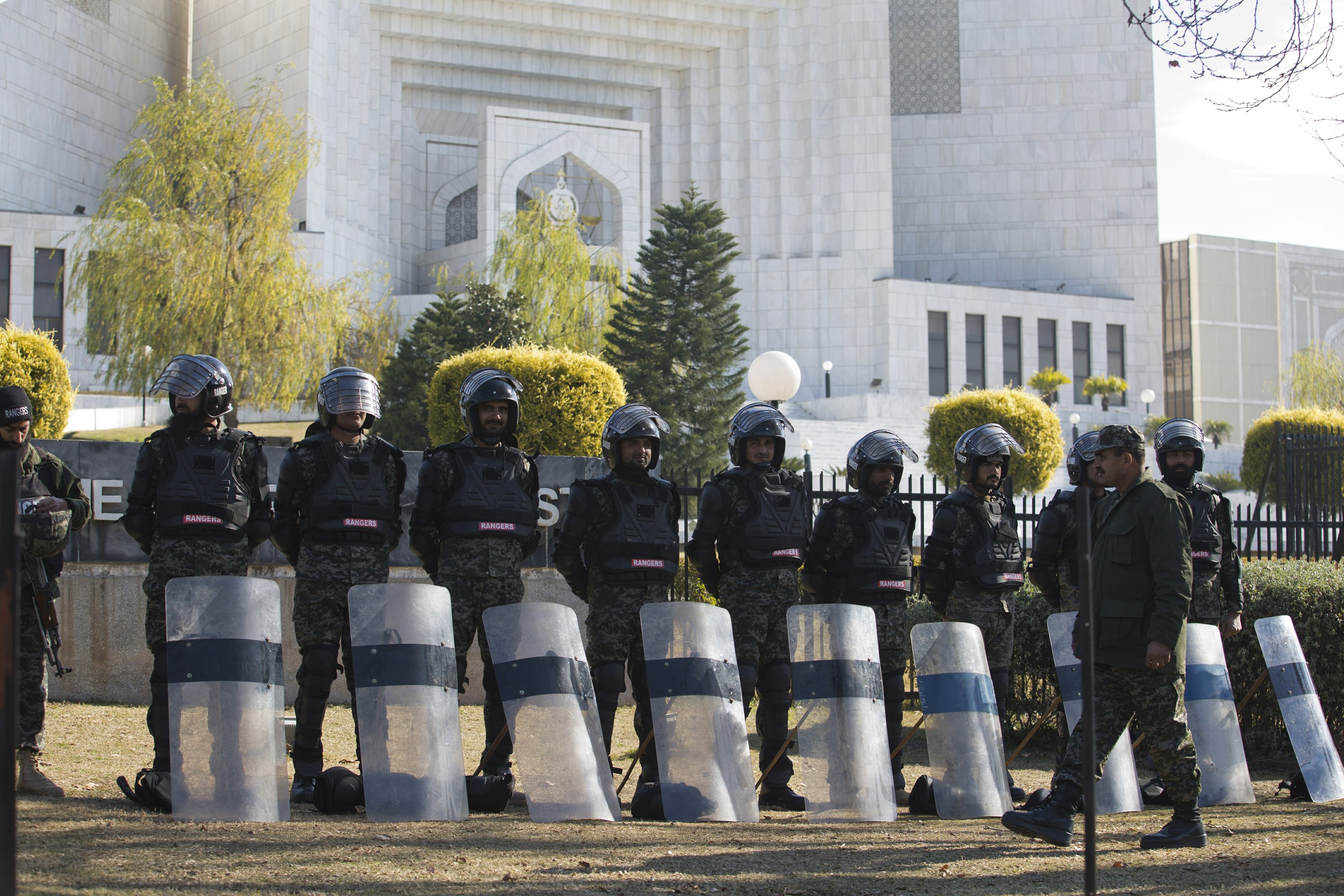 ISLAMABAD — Pakistan’s top court is to decide Tuesday whether to uphold its acquittal of a Christian woman sentenced to death for blasphemy — a move that would finally set her free and allow her to join her daughters, who have fled to Canada where they have been given asylum.

For Aasia Bibi, who spent eight years on death row and who has been under guard at a secret place since her acquittal last October, the court’s decision could represent the final legal hurdle to her freedom.

Her lawyer, Saiful Malook, says he expects the judges to reject a petition by radical Islamists for a review of their Oct. 31 move to acquit Bibi.

Following her acquittal, radical religious parties took to the streets to protest, calling for the killing of judges who acquitted Bibi and for the overthrow of Prime Minister Imran Khan’s government. They also filed a last-minute appeal for a review of the Supreme Court acquittal. The protests were spearheaded by the radical Tehreek-e-Labbaik party, whose single point agenda is protection of Islam and the Prophet Muhammad.

Bibi’s case goes to the core of one of Pakistan’s most controversial issues — the blasphemy law, often used to settle scores or intimidate followers of minority religions, including minority Shiite Muslims. A charge of insulting Islam can bring the death penalty.

But the accusation on its own is sometimes enough to whip up vengeful mobs, even if the courts acquit defendants. A provincial governor who defended Bibi was shot and killed, as was a government minority minister who dared question the blasphemy law.

Bibi, who always insisted that she was innocent, has said she will leave the country as soon as her legal battles are over. Her lawyer, who fled the country after receiving death threats, returned to Pakistan for the final review.

Bibi’s ordeal began on a hot day in 2009 when she brought water to fellow farmhands who refused to drink from the same container as a Christian woman. Two of her fellow farmworkers argued with Bibi and later accused her of insulting Islam’s prophet Mohammad. Bibi has steadfastly denied the charge.

Since her acquittal Bibi has spent her days in seclusion for fear of being targeted by angry mobs clamoring for her death. In her hideout, protected by Pakistani security, she has longed for her children, speaking almost daily to her daughters in Canada, according to a friend who was interviewed by The Associated Press. He asked not to be identified fearing reprisal from radical religious groups.

Following protests that accompanied her acquittal, the authorities arrested radical clerics Khadim Hussain Rizvi and Mohammad Afzal Qadri, both leaders of the Tehreekk-e-Labbaik Party, and several of their followers for destroying public property during rallies against Bibi and for inciting their followers to violence. The clerics and the others remain in custody.

The cleric petitioning the court for Bibi’s return to death row, Qari Salam, is linked with Rizvi’s Tehreek-e-Labbaik party.

Rizvi’s party said Monday it will not accept any decision in favor of Bibi’s release and asked its followers to prepare for more mass protests.

Pakistani police have stepped up security around the Supreme Court in Islamabad ahead of its decision Tuesday.