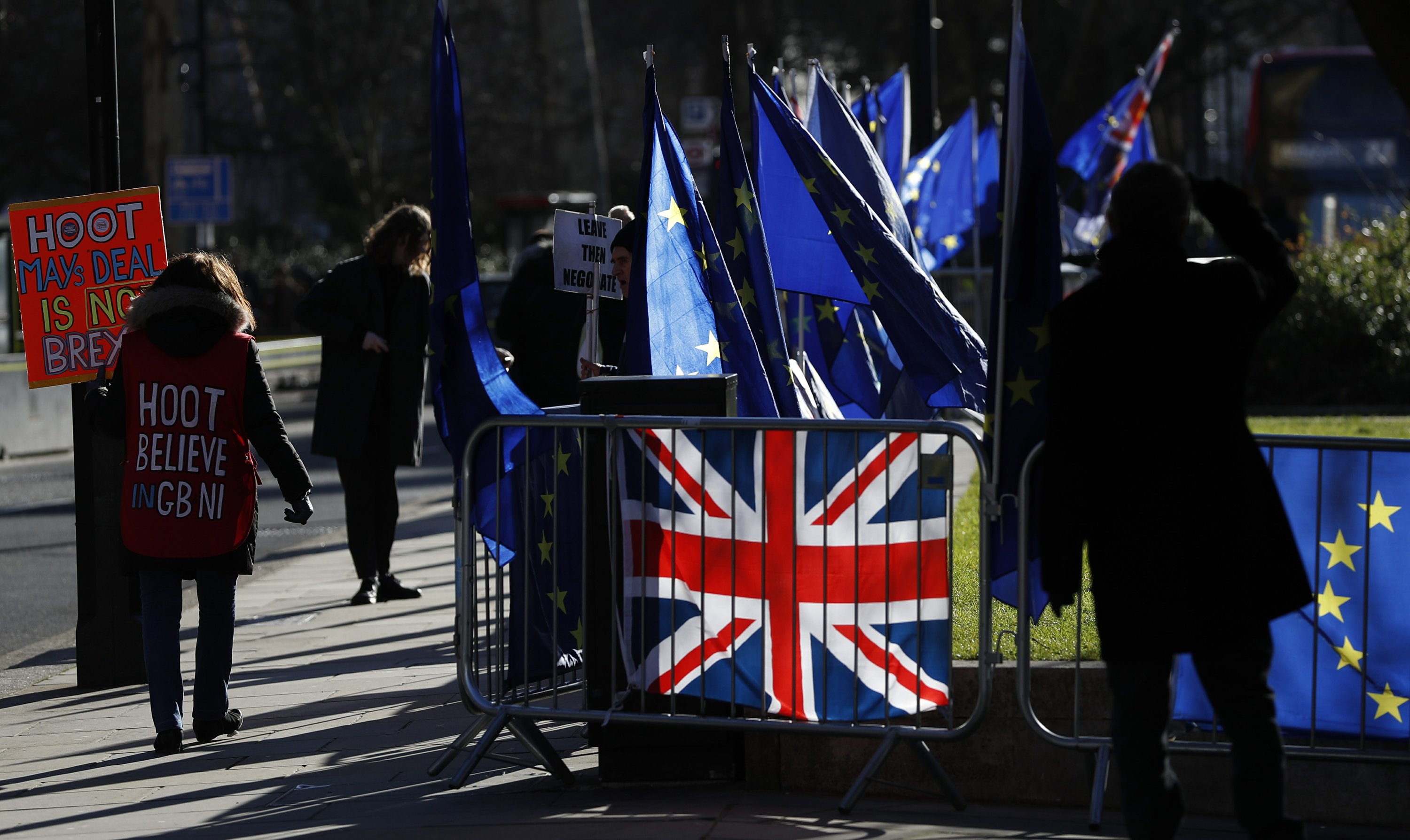 LONDON — The British Parliament is set to vote on competing Brexit plans Tuesday, with Prime Minister Theresa May desperately seeking a mandate from lawmakers to help secure concessions from the European Union.

Legislators will vote on proposals that have been submitted by both pro-Brexit and pro-EU legislators since Parliament rejected May’s divorce deal with the bloc two weeks ago, leaving Britain lurching toward a cliff-edge “no-deal” departure from the bloc on March 29.

May insists her agreement can still win Parliament’s backing, if it is tweaked to alleviate concerns about a contentious provision over the Irish border.

The border measure, known as the backstop, would keep the U.K. in a customs union with the EU in order to remove the need for checks along the frontier between the U.K.’s Northern Ireland and EU member Ireland after Britain leaves the bloc.

Opposition to the backstop by pro-Brexit lawmakers — who fear it will trap Britain in regulatory lockstep with the EU — helped sink May’s deal on Jan. 15, when Parliament rejected it by 432 votes to 202.

May has backed a proposal calling for the backstop to be replaced by “alternative arrangements,” and has called on all lawmakers from her Conservative Party to support it.

International Trade Secretary Liam Fox told the BBC on Tuesday the amendment offered the best chance for Britain to avoid leaving the EU without a deal on future relations.

“I think we should send the prime minister back to Brussels with a strong mandate to be able to say ‘If you compromise with us on this one issue, on the backstop, we would be able to a get an agreement’ — an agreement that is almost there,” he told the BBC.

But it’s far from certain the amendment can win support from a majority in the House of Commons. And the EU is adamant that the legally binding withdrawal agreement cannot be renegotiated.

“There can be no change to the backstop. It was negotiated over 18 months with the U.K. and by the U.K.,” she said.

Though Parliament is overwhelmingly opposed to May’s deal, lawmakers are divided over what to do instead — whether to brace for a “no-deal” Brexit or to try and rule it out.

The backstop proposal is one of more than a dozen amendments proposed by lawmakers that aim to alter the course of Britain’s departure. Some others seek to rule out a no-deal Brexit so Britain can’t tumble out of the bloc on March 29 without an agreement in place to cushion the shock.

Speaker of the House of Commons John Bercow will announce before Tuesday’s debate begins which amendments have been selected for votes.