Venezuela official: US in talks to improve frosty relations 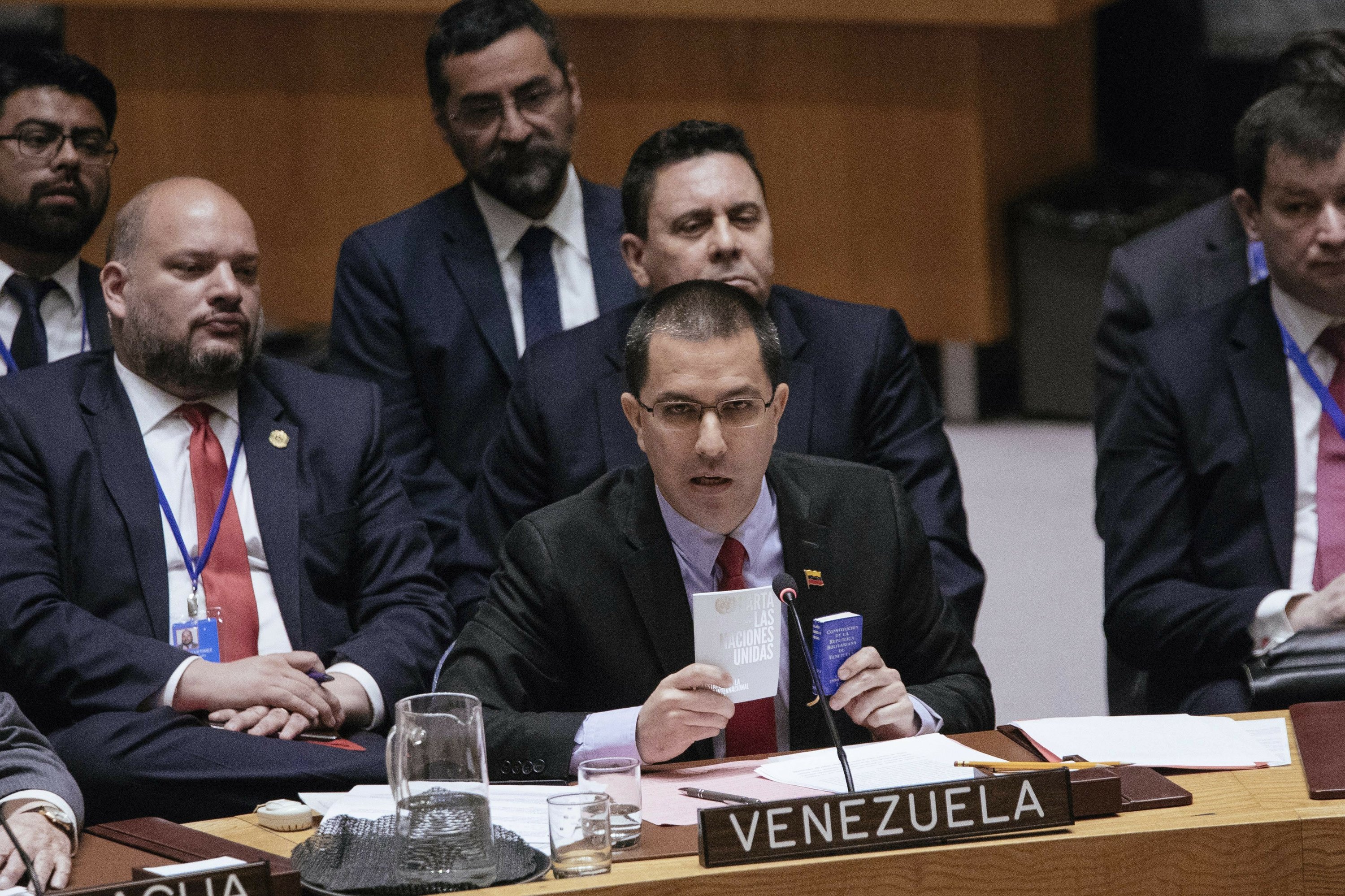 CARACAS, Venezuela — The top U.S. envoy in Caracas has been meeting with officials of President Nicolas Maduro’s government to try to ease heightened tensions, despite the two countries having cut ties, Venezuela’s foreign minister said Monday.

In an appearance on state TV, Foreign Minister Jorge Arreaza held up photos showing U.S. Charge d’Affaires James Story and a top Venezuelan government official as proof of the meetings.

“We are acting in good faith from Venezuela,” Arreaza said. “We aspire to see the U.S. also cooperate in good faith.”

In the ensuing standoff, U.S. officials have labeled Maduro a “dictator” and called for him to step down, while Maduro has accused the White House of leading a coup to overthrow him and plunder Venezuela’s vast oil and gold resources.

Maduro recalled Venezuelan diplomats from the U.S. and ordered all U.S. Embassy staff out of the country, but later backtracked to try to open a dialogue over the issue.

Arreaza said the meetings between Story and Venezuelan government officials happened over four consecutive days last week, including on Wednesday, the day Guaido declared himself interim president, sparking violent clashes between demonstrators and the National Guard.

The communications are aimed at creating an open dialogue between the U.S. and Maduro’s government, Arreaza said. The U.S. government didn’t immediately confirm whether the meetings took place.

Opposition supporters have launched a campaign to lure soldiers, a critical base of Maduro’s hold on power, to back Guaido, handing out leaflets outlining a proposed law that would grant them amnesty for helping overthrow the president.

So far, it appears to have had little sway, but at least two Venezuelan government officials in the U.S. have abandoned Maduro. Venezuela’s military attache in Washington, Col. Jose Luis Silva, said Saturday that he broke with Maduro.

Consular officer Scarlet Salazar at the Venezuelan Consulate in Miami issued a videotaped statement Monday, throwing her support behind Guaido. She said she’s living up to her constitutional duty as a career diplomat.

“This is our country’s moment,” Salazar said, urging others to follow. “Let’s support the Venezuelans.”