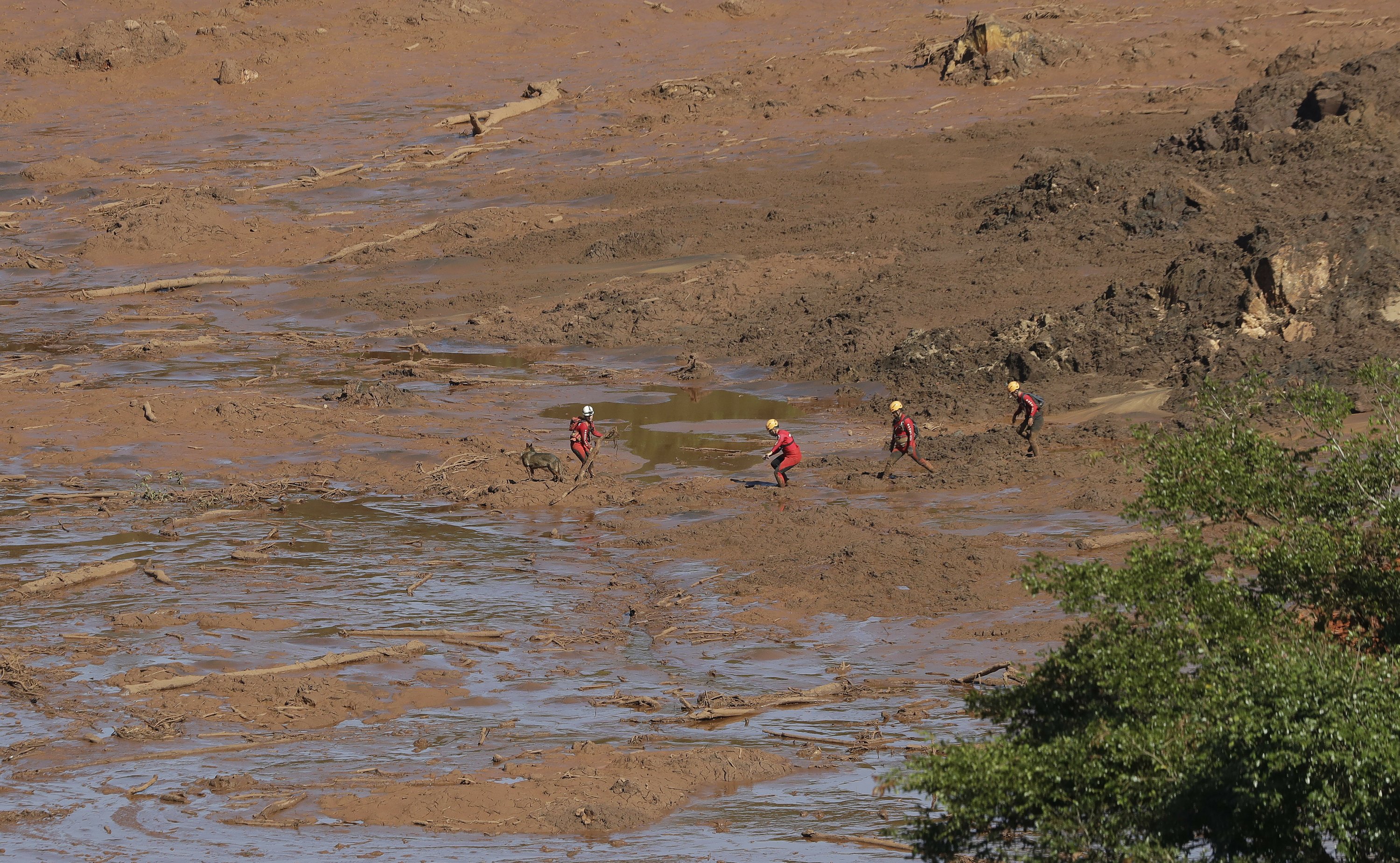 BRUMADINHO, Brazil — Brazilian authorities issued arrest warrants Tuesday for five people in connection with a dam collapse that killed at least 65 people and left nearly 300 missing as it plastered part of a small city with reddish-brown mud and iron ore mining waste.

The orders were issued in Sao Paulo and in the state of Minas Gerais, where the collapse happened last Friday. They came as rescue crews began a fifth day searching for survivors or bodies, and some families began burying their dead.

Three of the warrants were for people who worked for Vale SA, the mining company that owned and operated the waste dam that collapsed, according to the company. In a statement, Vale said it was cooperating with authorities in the investigation.

A German company that has inspected the dam said two of its employees had been arrested. The Munich-based TUEV company Sued declined to specify whether the arrested staff were from its German headquarters or its Brazilian branch.

In ordering the arrests, Minas Gerais judge Perla Saliba Brito wrote that the disaster could have been avoided.

It’s not believable that “dams of such magnitude, run by one of the largest mining companies in the world, would break suddenly without any indication of vulnerability,” the judge wrote in the decision, according to news portal UOL.

The dam was part of an iron ore production complex. Vale is the world’s largest producer of the ore, which is the raw ingredient for steel.

Meanwhile, Col. Evandro Borges from the military police told reporters that the official death toll was 65, though more bodies had been recovered Tuesday and that an updated death toll would be provided later in the day. He said 288 remained missing, most of them Vale employees.

Many employees were eating lunch last Friday when the dam collapsed, burying a cafeteria and other company buildings.